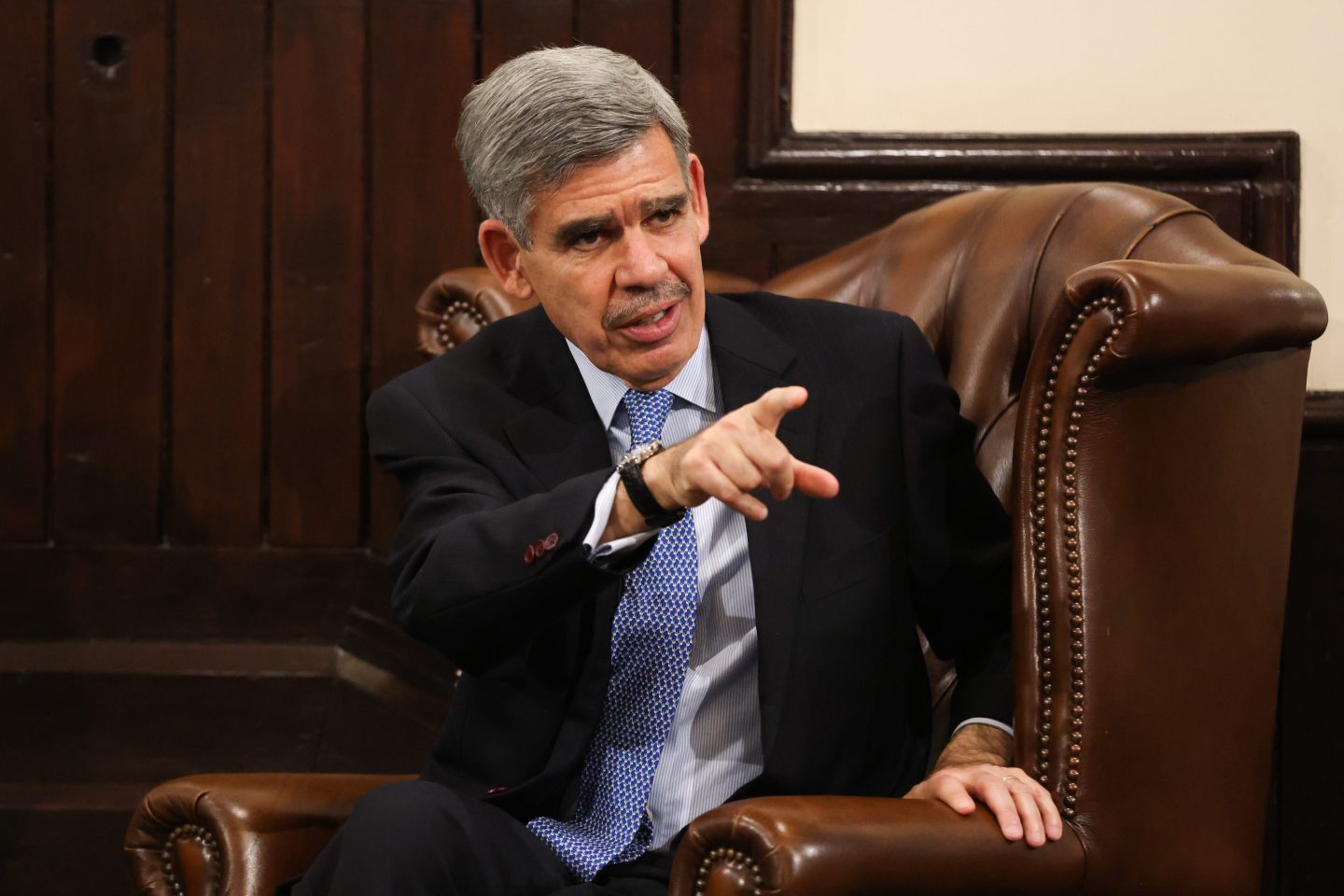 Mohamed El-Erian, chief economic adviser for Allianz, during an event at the University of Cambridge, on Nov. 25, 2021.
Hollie Adams—Bloomberg/Getty Images

Mohamed El-Erian is worried the Federal Reserve will flip-flop in its quest to combat four-decade-high inflation with aggressive interest rate hikes and end up wreaking havoc on the U.S. economy.

In a Wednesday Financial Times op-ed, El-Erian, who is president of Queens’ College, Cambridge, and an economic adviser to Allianz and Gramercy, said he fears the Fed will fall into the “stop-go” pattern of monetary policy that characterized the 1970s and 1980s and worsened economic growth and inflation challenges.

“Stop-go” monetary policies lead the economy to swing between periods of rapid, unsustainable growth while interest rates are low, and then recessions when rates rise.

In a 2007 study from the National Bureau of Economic Research, Marvin Goodfriend, a professor of economics at Carnegie Mellon University, broke down how the “stop-go” (or “go-stop”) policies of the 1970s and 1980s damaged the economy with these boom and bust cycles.

“Go-stop policy was a consequence of a central bank’s inclination to be responsive to the shifting balance of public concerns between inflation and unemployment,” Goodfriend wrote. “The central bank would stimulate employment in the ‘go’ phase of the cycle until the public became concerned about rising inflation. Then aggressive interest rate policy initiated the ‘stop’ phase of the policy cycle to bring inflation down, while unemployment rates moved higher with a lag.”

El-Erian says moving back to this type of economic policy would be a misstep that would lead to dramatic consequences for the U.S. economy and ruin the central bank’s credibility.

“In addition to undermining socioeconomic well-being and fueling unsettling financial instability, such a misstep would erode the institutional credibility that is so crucial for future policy effectiveness,” he said.

El-Erian has criticized the Fed in the past for being “behind the curve” when it comes to fighting inflation since the summer of 2021. And he even called the central bank’s description of inflation as “transitory” the “worst inflation call in the history” of the Federal Reserve in December.

In his Wednesday op-ed, the top economist discussed just how critical the Fed’s role is for the health of the economy, and once again called for the central bank to “lead markets rather than lag behind them.”

“A well-informed Fed with a credible vision for the future minimizes the risk of disruptive financial market overshoots, strengthens the potency of forward guidance on policy, and provides an anchor of stability that facilitates productive physical investment and improves the functioning of the real economy,” he wrote.

El-Erian argues the Fed has already made two critical mistakes that have served to exacerbate inflation since the pandemic began.

“First it stubbornly held on to its ‘transitory’ mischaracterization of inflation until the end of November, thereby enabling the drivers of inflation to broaden and become more embedded,” El-Erian wrote. “Second, having belatedly course-corrected on the characterization, it failed to act in a timely and decisive manner.”

As a result of these missteps, El-Erian believes a recession could be around the corner, and his base case for the U.S. economy is stagflation—a toxic economic combination of low growth and high inflation.

“The markets are right to worry about a higher risk of recession,” he said. “While the U.S. labor market remains strong, consumer sentiment has been falling. With indicators of business confidence also turning down, there is growing doubt about the ability of the private sector to power the U.S. economy through the major uncertainties caused by this phase of high inflation.”