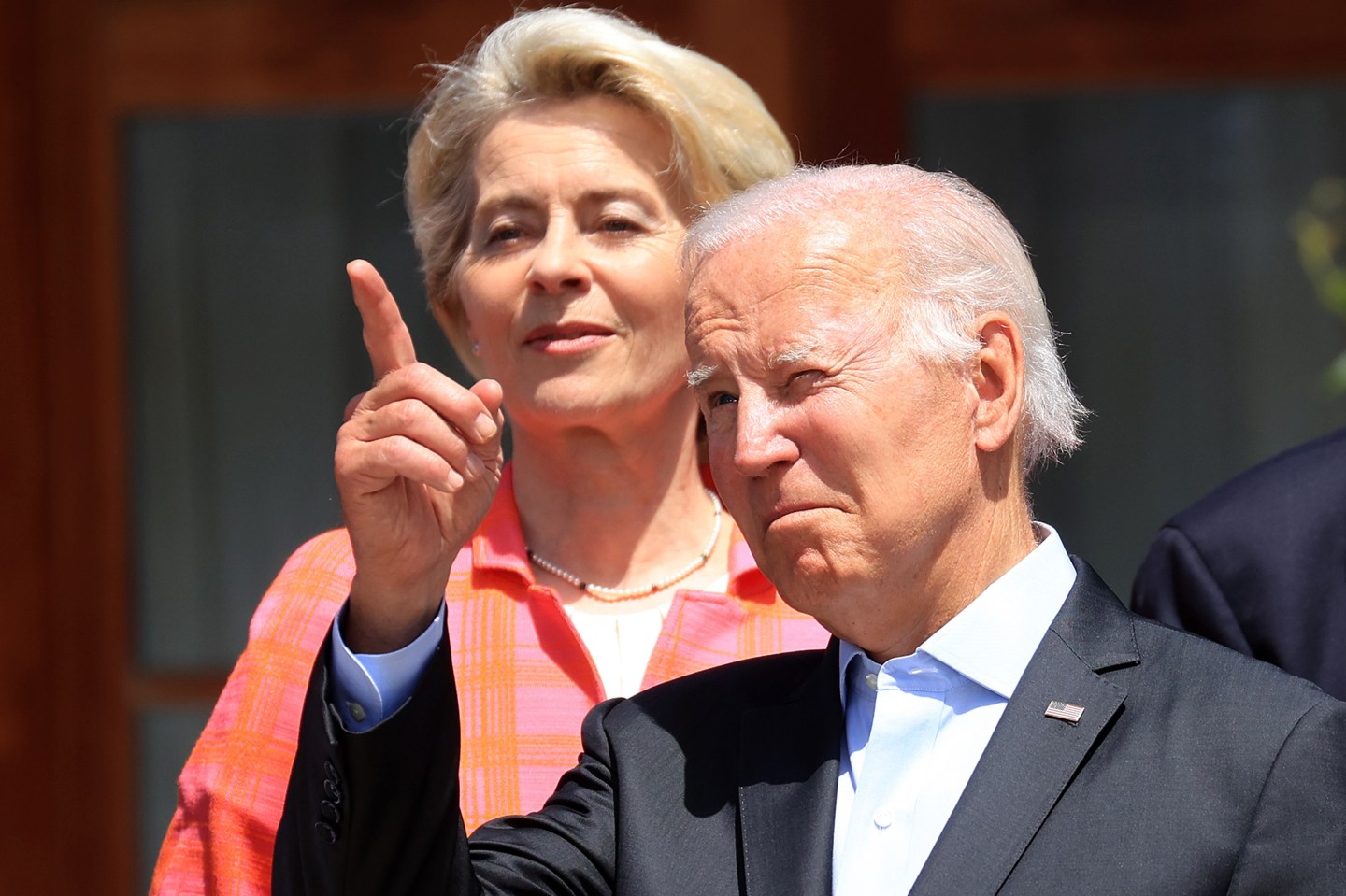 No one would accuse Vladimir Putin of being a green energy advocate. However, by invading Ukraine, the Russian leader may inadvertently become one of the most critical actors in the world’s shift to new energy technology. And that’s not all. Other sectors like transportation, manufacturing, infrastructure, agriculture, and human augmentation are also going to see huge breakthroughs in the coming years because of Putin’s reprehensible actions in Ukraine.

The European Union imports about 45% of its gas, 47% of its coal, and 30% of its oil from Russia. Europe is now in a mad dash to free itself of this dependence on Russia. The EU’s phased oil embargo against Russia is the first of many steps that are going to accelerate the development of new breakthrough technologies that will make the world—not just the EU—less dependent on oil and gas.

Of course, in the short term, we can expect a greater reliance on fossil fuels and higher gas prices. However, in the long term, this will drive an incredible surge in the deployment of new clean energy technologies across solar, the electric grid, energy storage, batteries, and electric vehicles.

Putin’s war in Ukraine will have an impact far beyond the energy sector. The world’s transportation system unfortunately still runs on oil. The conflict has roiled commodities markets—including nickel, cobalt, titanium, and rare earth metals used in electric car batteries.

The auto industry is going to need to innovate its way out of this crisis. New breakthroughs like lithium-sulfur batteries that provide greater energy density and do not rely on rare earth metals are just some of the potential innovations that will transform the U.S. automotive industry.

The conflict is already making supply chains more sustainable and localized. Previous shocks to international trade (like COVID-19) have strained supply chains. The conflict will kick-start a renewed interest in automation and the onshoring—or at least near-shoring—of manufacturing-critical technologies such as semiconductors, batteries, electric vehicles, and energy infrastructure.

In addition, Putin’s invasion is threatening global food supply chains, especially wheat production and exports from both Russia and Ukraine. The conflict in Ukraine might be the shock to food prices that leads to new, more sustainable practices like indoor vertical farming.

These breakthroughs are already making food supply chains shorter and more sustainable because indoor farms can be built closer to cities, cutting down on transportation costs and pollution. They also require less fertilizer, which is becoming more important because of rising fertilizer prices owing to the surge in prices of potash, which is mined in Russia, as my colleague Ramez Naam recently pointed out. “Eating local” may become a national security, economic, and environmental priority rather than just a consumer choice.

Even the world’s infrastructure is being impacted by the conflict. The threat of cyber warfare is renewing interest in modernizing aging power grids, water and power utilities, internet networks, and satellite communications around the world. Europe’s move away from Russian fossil fuels will particularly impact its electric grid as the EU is forced to adopt variable renewables like solar and wind. The EU is already updating port infrastructure for liquefied natural gas because they can no longer rely on oil and gas from Russian pipelines.

By invading Ukraine, Putin is accelerating his own demise. Over the long term, he is doing more to end the world’s reliance on oil than any other world leader. The world should respond by focusing on innovation and making advances in breakthrough technologies that will weaken Putin by reducing the flow of money into the coffers of the oligarchs who have kept him in power.

It appears that the conflict in Ukraine could last for months, and maybe even years. We will continue to see spikes in the price of oil, food, and commodities that will harm human beings around the world—especially the poorest—and damage the global economy.

However, in the long term, this conflict will force Europe and the U.S. to lead a new era of innovation and investment that will accelerate the deployment of new energy technology. If there is one good thing that emerges from this conflict, it is going to be the renewed focus on innovation across the energy, transportation, manufacturing, agriculture, and infrastructure sectors.

Dakin Sloss is the founder and general partner of Prime Movers Lab, the world’s leading partner of breakthrough scientific startups.