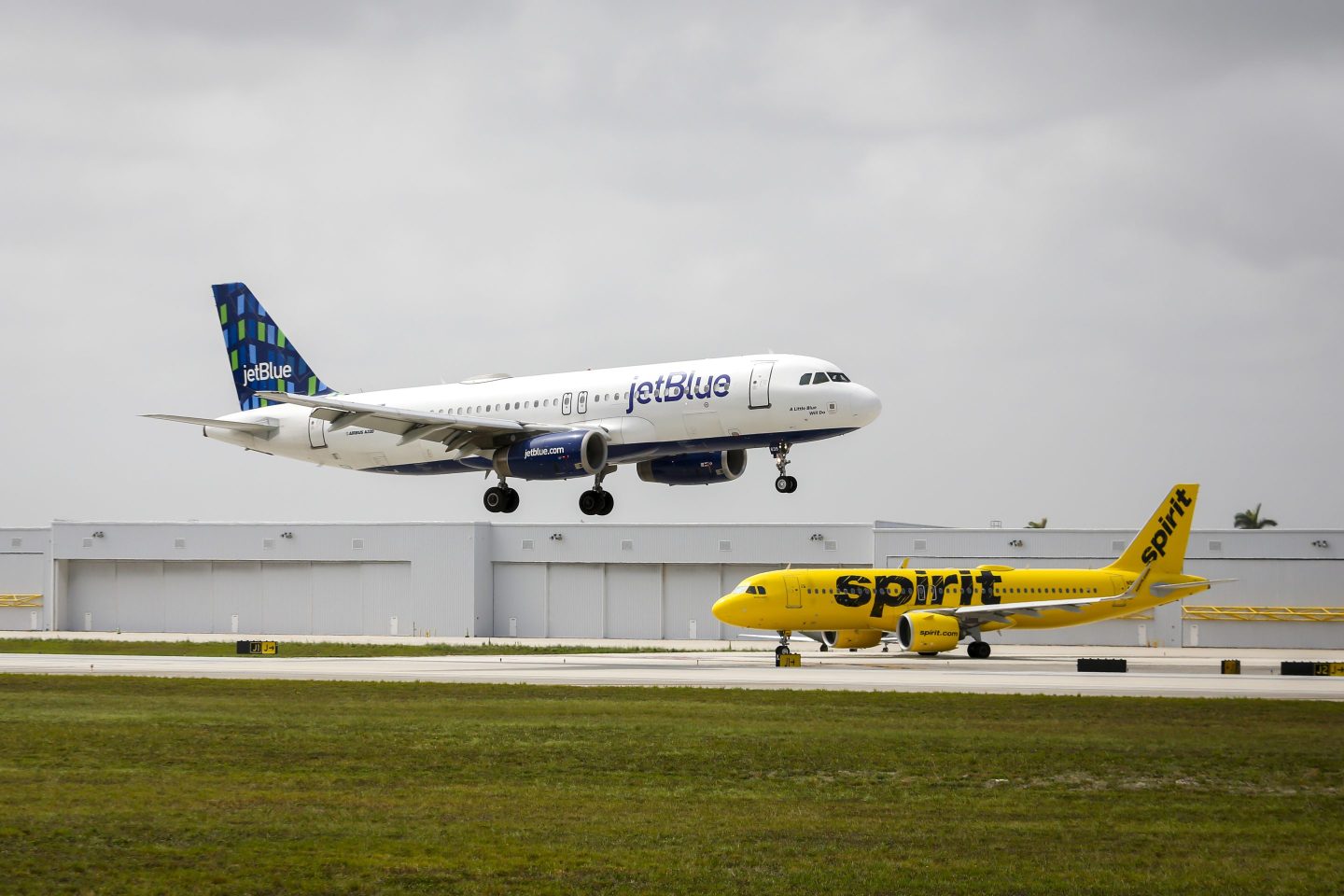 The revised offer increases JetBlue’s reverse breakup fee by $150 million and provides for about $164 million payable as a cash dividend “promptly following” a vote approving a combination of the carriers, the airline said in a statement Monday. That pushed the total value of the proposal to about $3.4 billion.

The move comes after Frontier last week sweetened its own agreement by adding a key $250 million fee payable to Spirit if their accord breaks up on antitrust grounds.

JetBlue is aiming to lure Spirit’s board into talks over the new proposal while also building more support among Spirit shareholders for its all-cash offer ahead of a June 10 ballot. It needs them to vote against Frontier’s stock-and-cash deal, initially valued at $2.9 billion, to preserve its best chance for a quick infusion of growth that will help it compete against larger U.S. carriers. Spirit rejected JetBlue’s initial $3.6 billion offer, prompting a subsequent $3.3 billion hostile tender bid.

Spirit and Frontier didn’t immediately respond to requests for comment on the new offer.

Adding the upfront $1.50-a-share payment from JetBlue addresses concerns that Spirit shareholders would have to wait through a lengthy regulatory review of the combination before receiving any cash.

Spirit shareholders are faced with conflicting recommendations from prominent shareholder advisory firms. Institutional Shareholder Services Inc. found JetBlue’s offer superior from a financial standpoint and said that both bids have inherent risks when it comes to federal antitrust reviews. A rejection by Spirit investors would signal their board to restart talks with JetBlue, it said.

Frontier is trying to preserve an agreement that would create the largest deep-discount airline in the US, with a clear path to pick up Spirit’s most price-sensitive customers and without a larger rival to hinder expansion. Such discounters charge bare-bones ticket prices and then levy fees for anything extra like bottles of water or paper boarding passes.