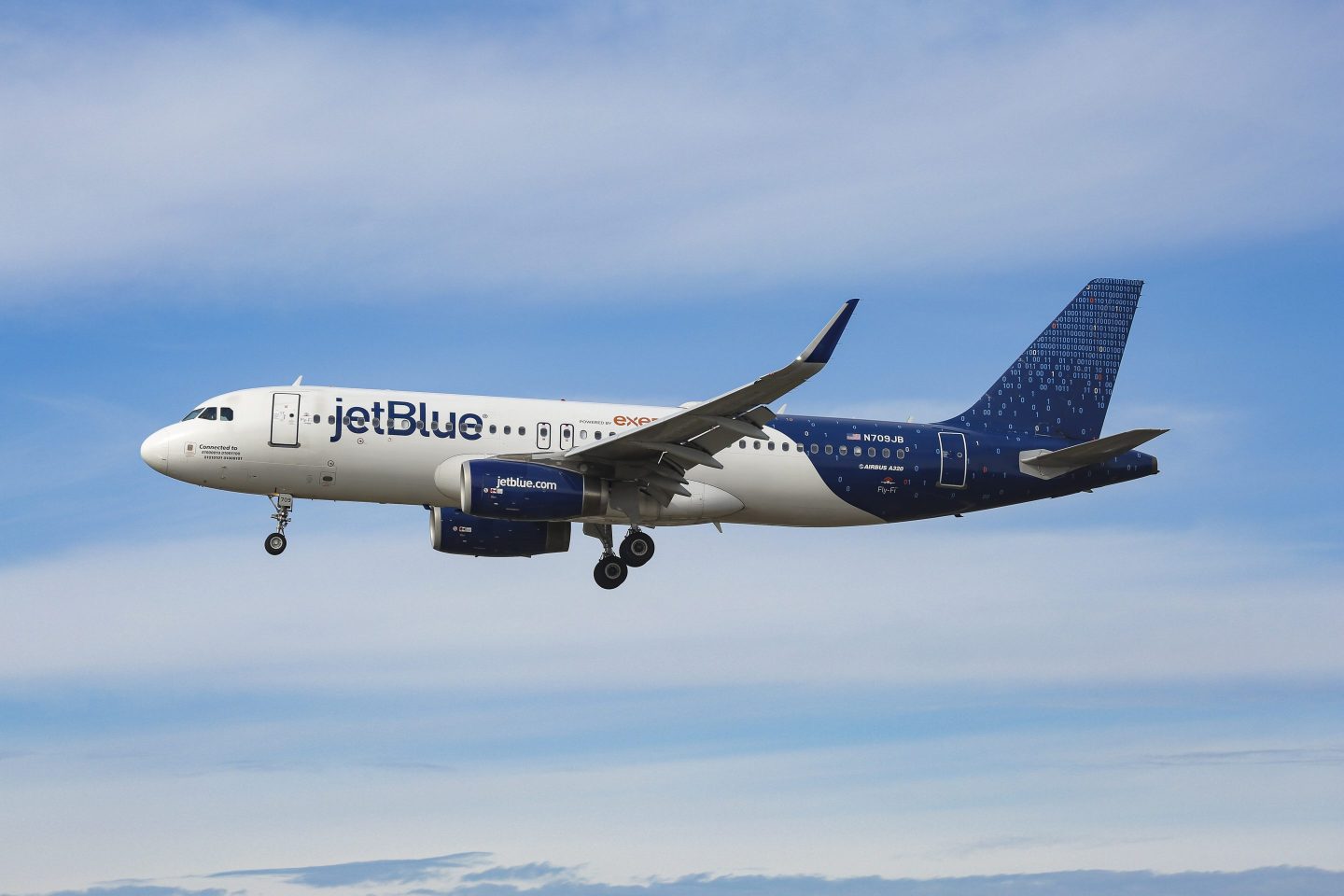 JetBlue Airways Corp. made a hostile $3.3 billion cash bid for Spirit Airlines Inc., appealing directly to shareholders in an effort to block the discount carrier’s acceptance of a rival bid by Frontier Group Holdings Inc.

The JetBlue offer is worth $30 a share, $3 less than its initial approach, which was spurned by Spirit’s board two weeks ago. The New York-based company said Monday it will pay the higher price should a “consensual transaction” be agreed. JetBlue’s latest proposal is a 77% premium to the value of Spirit’s closing price on Friday.

The move marks the latest twist in the takeover tussle for Miramar, Florida-based Spirit. JetBlue is banking on the acquisition as its best shot at near-term growth, even though the deal would mean combining its own full-service product with a model based around offering rock bottom prices and charging for every extra.

Spirit rejected JetBlue’s earlier unsolicited $3.6 billion proposal over concerns that antitrust issues would stop it from being consummated, and stuck with its agreement to be acquired by Denver-based Frontier for $2.9 billion.

Spirit management’s proposed deal with Frontier, which includes stock, is “high risk and low value,” JetBlue said in a statement, urging investors to reject it at a meeting scheduled for June 10.

JetBlue set up a website—www.JetBlueOffersMore.com—and issued a letter to Spirit shareholders as part of its attempt to derail the Frontier deal, with Chief Executive Officer Robin Hayes arguing that his own proposal offers more value, more certainty and more benefits for all stakeholders.

Hayes also sought to justify the bid in a letter to his own employees, saying that “by voting against the Frontier merger, Spirit shareholders can push the Spirit board back to the table to give us the information we need and negotiate a merger agreement with us, perhaps at our original price.”

A Frontier-Spirit Airlines combination, though not so big, would create the largest U.S. deep discounter just as domestic leisure travel bounces back from the Covid-19 pandemic.

Spirit has said JetBlue’s bid could by compromised by a federal lawsuit against its alliance with American Airlines in the northeast U.S., and that the board didn’t consider financial details after determining it had little chance of gaining regulatory approval.