The Snap CEO’s memo caused another tech stock plunge—and the worst one-day loss in company history. Here’s why it freaked everyone out 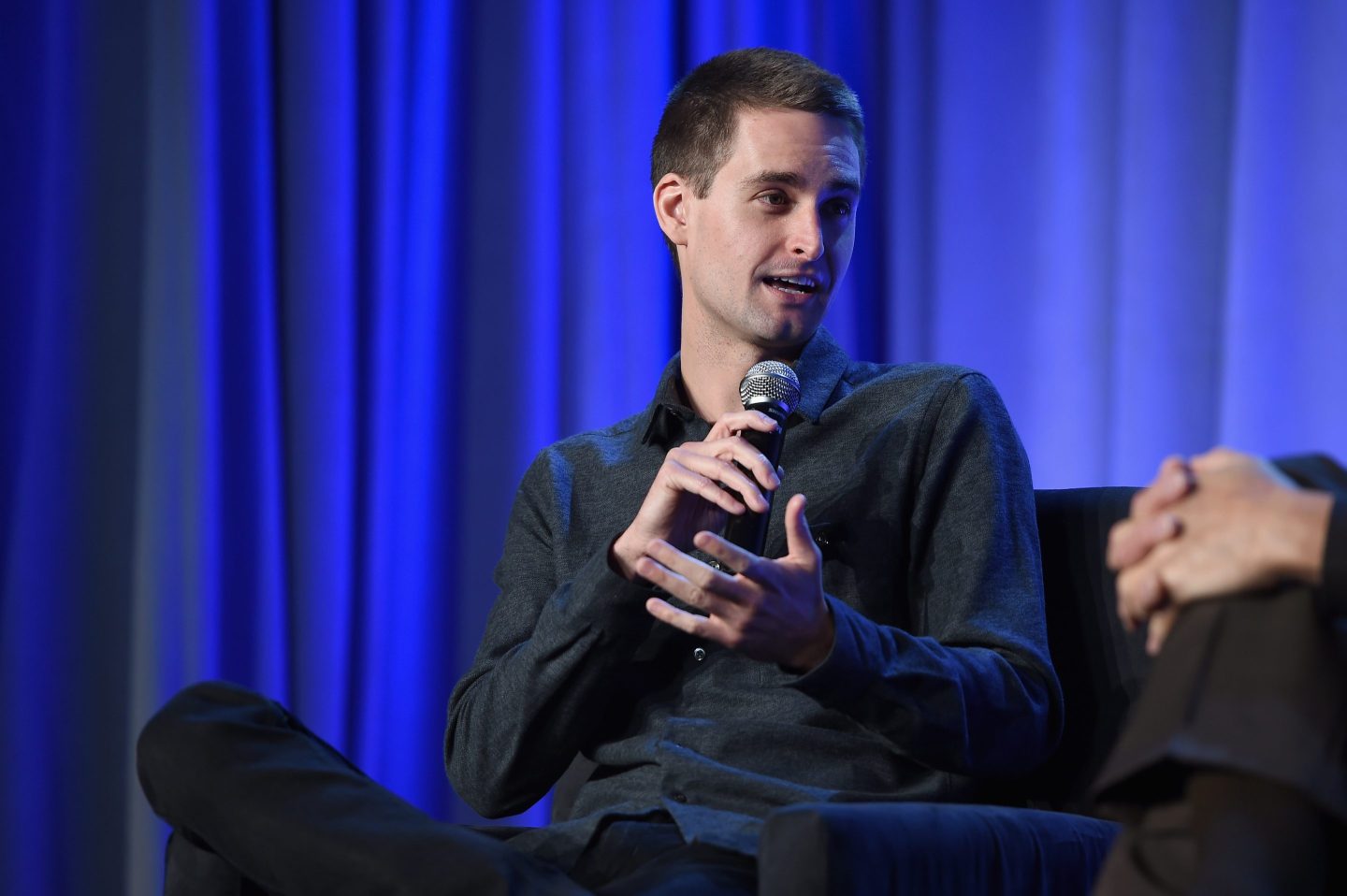 Tech stocks had another terrible showing on Tuesday, but it wasn’t because of the release of new economic data or a bad earnings report. The dark day was largely the result of a single memo from Snap’s CEO, Evan Spiegel.

Spiegel wrote to his employees on Monday, warning that macroeconomic challenges are leading to a growth slowdown at Snapchat, and the company will likely miss its own estimates for revenue and earnings growth in the second quarter, which it made just a month ago.

His words instantly sent a chill down the spine of social media investors and put any company that relies on digital advertising on notice.

“I think Snap was kind of a leading indicator of the beginning of some weakness in internet advertising,” Rosenblatt analyst Barton Crockett told CNBC on Tuesday. “I think they’re ahead of the curve in the second quarter in saying that things are getting a little weaker.”

Snap stock cratered 43% after the unusual announcement, posting its worst day on record, and other social media and advertising giants sank with it.

While tech companies don’t typically spend much time discussing macroeconomic challenges in their earnings reports, or in open letters to their staff, Spiegel spent a significant portion of Monday’s note discussing the volatile business environment facing Snapc—and, basically, the U.S. economy. With so much talk of a looming recession, it struck a nerve.

The CEO said there has been a significant cutback in digital ad spending due to the toxic combination of rising interest rates, sky-high inflation, supply chain challenges, and the war in Ukraine.

“Since we issued guidance on April 21, 2022, the macroeconomic environment has deteriorated further and faster than anticipated. As a result, we believe it is likely that we will report revenue and adjusted EBITDA below the low end of our Q2 2022 guidance range,” Spiegel wrote in part of the letter that was filed with the Securities and Exchange Commission.

He added that Snap will begin slowing hiring as a result of the difficult environment.

“Our most meaningful gains over the coming months will come as a result of improved productivity from our existing team members,” he wrote.

Investors saw Snap’s news as yet another sign that U.S. companies’ earnings growth, which had been so stellar throughout 2021, is set to fall in the coming quarters as economic conditions worsen.

“Coming just a month after issuing guidance, this would seem to highlight the current rapid pace of change in underlying economic conditions,” Atlantic Equities analysts wrote on Tuesday, per CNBC. “Snap’s warning is clearly a negative for all of the ad-supported peers.”

Despite a strong first-quarter earnings season, investment banks have been warning that earnings growth is showing signs of slowing for weeks now.

Bank of America Research strategists, led by Savita Subramanian, said in a May 9 note that signs of a growth slowdown were “evident” and leading indicators were “sharply falling.”

Now, Spiegel’s letter adds to the pile of evidence that the second-quarter earnings season may disappoint investors.

Bank of America analysts, led by Justin Post, lowered their price target on shares of Snap from $50 to $30 after the “surprise” letter went public, arguing that his comments likely point to  “ad recession concerns becoming a reality.”

The investment research firm CFRA went even further, downgrading the whole communication services sector after Speigel’s letter, arguing a “rapid recovery in any area driven by advertising and consumer spending is not expected in the near to intermediate-term.”

The bearish news for tech stocks follows last week’s poor performance from retailers, including Target and Walmart, which could also be a sign of slowing earnings growth.

Market watchers were taken aback when the retail giants both revealed their profits are being affected by rising costs, ongoing supply chain issues, and increasing inventory levels. They also pointed out new trends in product sales that have some worried about a slowdown in consumer spending.

Horneman noted that consumers are turning to credit and depleting their savings in order to maintain an above annual average pace of discretionary spending. That could lead to a growth slowdown in the coming quarters, and it also increases the chances of the U.S. economy falling into a recession.

“The recession odds are rising, and more headwinds are building. The consumer is the most important component of GDP, and we see consumer challenges from high energy and food prices and lower savings continuing,” she said.