The boomerang effect of armchair psychology in government and business 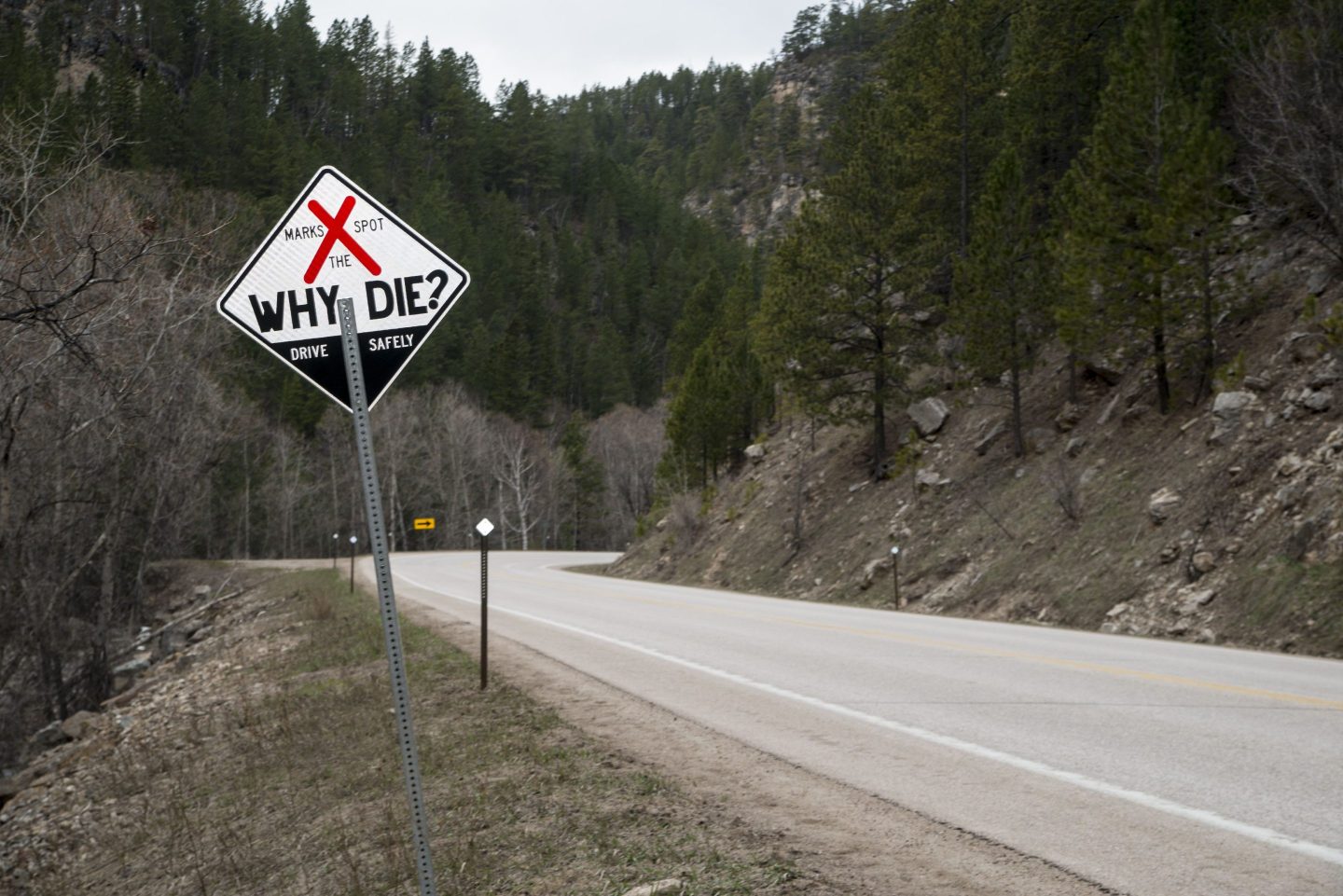 Campaigns that highlight road deaths or widespread drug use among youngsters have proved to be counterproductive.
Education Images/Universal Images Group/Getty Images

Imagine you’re driving along the highway, and see an electric sign saying, “79 traffic deaths this year.” Would this make you less likely to crash your car shortly after seeing the sign? Perhaps you think it would have no effect?

Neither is true. According to a recent peer-reviewed study that just came out in Science, one of the world’s top academic journals, you would be more likely to crash, not less. Talk about unintended consequences!

The study examined seven years of data from 880 electric highway signs, which showed the number of deaths so far this year for one week each month as part of a safety campaign. The researchers found that the number of crashes increased by 1.52% within three miles of the signs on these safety campaign weeks compared to the other weeks of the month when the signs did not show fatality information.

That’s about the same impact as raising the speed limit by four miles or decreasing the number of highway troopers by 10%. The scientists calculated that the social costs of such fatality messages amount to $377 million per year, with 2,600 additional crashes and 16 deaths.

The cause? Distracted driving. These “in-your-face” messages, the study finds, grab your attention and undermine your driving–the same reason you shouldn’t text and drive. Supporting their hypothesis, the scientists discovered that the increase in crashes is higher when the reported deaths are higher. Thus, later in the year as the number of reported deaths on the sign goes up, so does the percentage of crashes. And it’s not the weather: the effect of showing the fatality messages decreased by 11% between January and February, as the displayed number of deaths resets for the year. They also uncovered that the increase in crashes is largest in more complex road segments, which require more focus from the driver.

Their research also aligns with other studies. One proved that increasing people’s anxiety causes them to drive worse. Another showed drivers fatality messages in a laboratory setting and determined that doing so increased cognitive load, making them distracted drivers.

If the authorities actually paid attention to cognitive science research, they would never have launched these fatality message advertisements. Instead, they relied on armchair psychology and followed their gut intuitions on what should work, rather than measuring what does work. The result was what scholars call a boomerang effect, meaning when an intervention produces an effect opposite to that intended.

Unfortunately, such boomerang effects happen all the time. Consider another safety campaign, the National Youth Anti-Drug Media Campaign between 1998 and 2004, which the U.S. Congress funded to the tune of one billion dollars. Using professional advertising and public relations firms, the campaign created comprehensive marketing efforts that targeted children aged nine to 18 with anti-drug messaging, focusing on marijuana. The messages were spread by television, radio, websites, magazines, movie theaters, and other venues, as well as through partnerships with civic, professional, and community groups, with the intention for young people to see two to three ads per week.

A 2008 National Institutes of Health-funded study found that indeed, youths did get exposed to two to three ads per week. However, overall, more exposure to advertising from the campaign led kids to be more likely to use marijuana, not less!

Of course, it’s not only government authorities whose campaigns suffer from boomerang effects. Consider Apple’s recent highly popular “Apple at Work” advertising campaign. Its newest episode, launched in March 2022, is called “Escape from the Office.” It features a group of employees who, when told they must come back to the office as the pandemic winds down, instead chose to quit and launched an office-less startup using Apple products.

One employee wrote, “They are trolling us, right?” and others termed the ad “distasteful” and “insulting.” That hypocrisy added to the frustration of Apple employees, with some already quitting. Again, a clear boomerang effect is at play.

We know that message campaigns can have a substantial effect. That fits broader extensive research from cognitive science on how people can be impacted by nudges, meaning non-coercive efforts to shape the environment so as to influence people’s behavior in a predictable manner.

Those with authority–in government or business–frequently attempt to nudge other people based on their mental model of how others should behave. Unfortunately, their mental models are often fundamentally flawed, due to dangerous judgment errors called cognitive biases. These mental blind spots impact decision making in all life areas, from business to relationships.

Recent research has shown effective strategies to defeat these dangerous judgment errors, such as by constraining our choices to best practices and measuring the impact of our interventions.

Unfortunately, such reliance on best practices and measurements of interventions of such techniques is done too rarely. Fatality signage campaigns have been in place for many years without assessment. The federal government ran the anti-drug campaign from 1998 to 2004 until finally, the measurement study came out in 2008.

Instead, what the authorities need to do is consult with cognitive and behavioral science experts on nudges before they start their interventions.

What the experts will tell them is that it’s critical to evaluate in small-scale experiments the impact of proposed nudges: While extensive research shows nudges do work, only 62% have a statistically significant impact, and up to 15% of desired interventions may backfire.

Dr. Gleb Tsipursky is a behavioral scientist who serves as the CEO of the boutique decision making consultancy Disaster Avoidance Experts, a cutting-edge thought leader, and best-selling author of Never Go With Your Gut: How Pioneering Leaders Make the Best Decisions and Avoid Business Disasters and Leading Hybrid and Remote Teams: A Manual on Benchmarking to Best Practices for Competitive Advantage.