Anti-Asian hate crimes: Leaders have a duty to protect 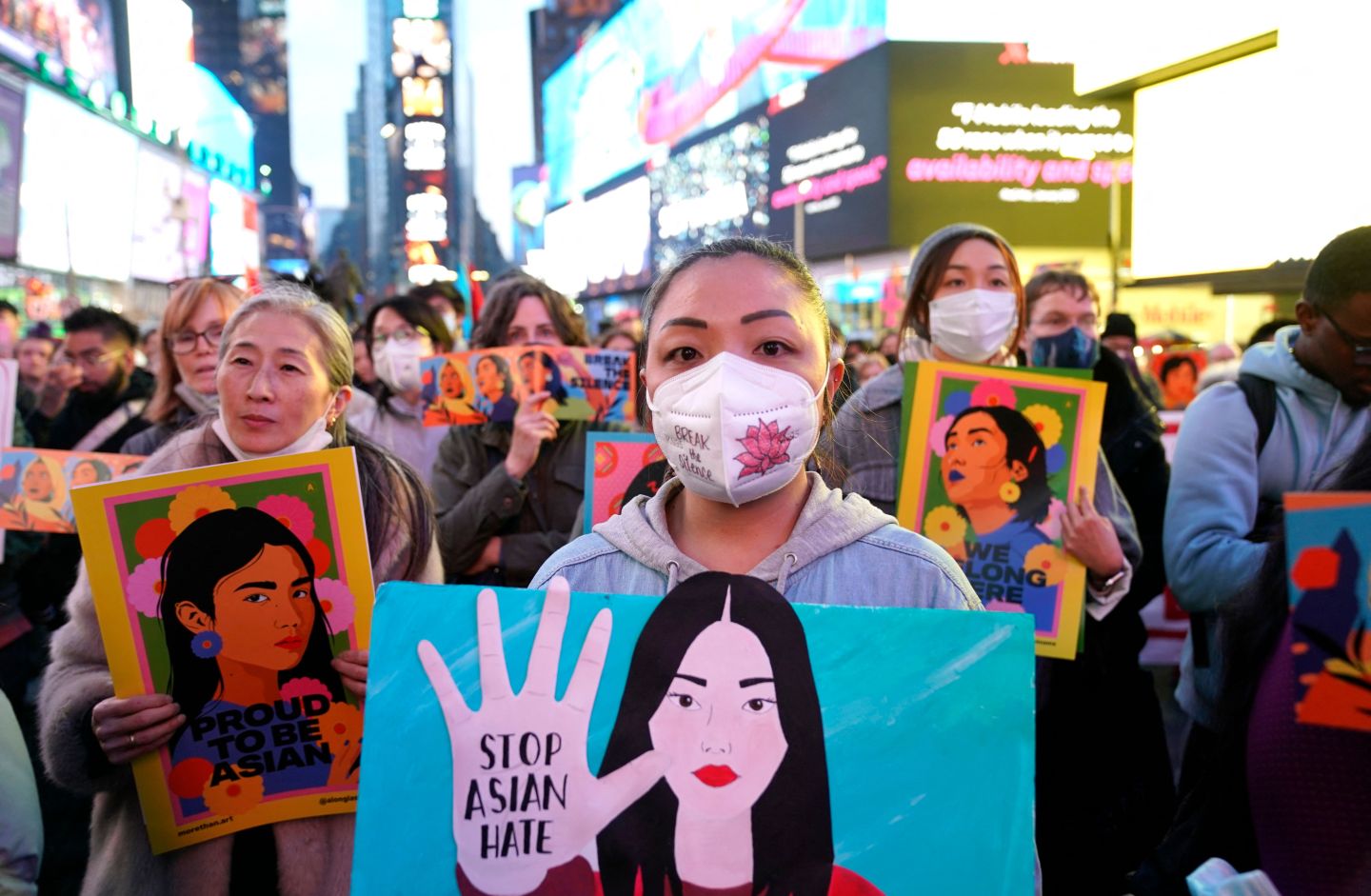 Demonstrators gather in Times Square in New York City on March 16, 2022, to protest attacks against Asian Americans. The rally was held on the first anniversary of the Atlanta spa shootings.
TIMOTHY A. CLARY—AFP/Getty Images

Safety is often assumed to be a given in the professional workplace. According to psychologist Abraham Maslow’s hierarchy of needs, safety in life is a foundational requirement.

You cannot perform at your highest level unless you feel fundamentally safe. This includes physical and psychological safety.

Understanding this comes with responsibility, one that’s integral to me and other truly inclusive leaders: how to help my employees who are affected by incidents against their communities—whether it be in gender, race, religion, sexual orientation, or otherwise.

Wanting to help amid a growing crisis but not knowing how is a confounding position for business leaders to find themselves in. Yet that’s happening more and more as professional and personal identities blur, catalyzed by the pandemic.

I know because I’m experiencing this myself right now amid continually rising anti-Asian hate incidents and crimes, despite the efforts to #StopAAPIHate.

Recent violence includes the attack on Michelle Go, a 40-year-old Deloitte consultant who was shoved in front of an oncoming New York City subway train; the brutal murder of Christina Yuna Lee who was stabbed to death in her own apartment by a man who followed her into her building; and the assault of a 67-year-old Asian woman who was punched in the head and face more than 125 times.

From San Francisco to New York to Atlanta and beyond, it seems that this violence won’t stop. A recent study found that 75% of Asian seniors surveyed in New York City said they fear leaving their homes because of the violence across their city. I’m unsure if I’ll ever ride the New York subway again. I’m reassessing how I go about my business in a city where incidents such as these have persisted—and my concerns grow for the safety of family, friends, and their loved ones.

Like so many of my fellow Asian American colleagues, I’m acutely aware that in addition to my race, my gender makes me a target, perhaps more now than ever. As the number of assaults on Asian Americans rises, these heinous incidents have dredged up painful stereotypes used to demean and dehumanize Asian American women like me. These biases have led some to believe that we’re “easy victims” because of our perceived nature and perhaps even our appearance. This is particularly enraging to me and other leaders across our community.

What, exactly, does it mean to help employees feel safe now? The answer is the difference between being proactive and reactive. For example, an African American colleague told me that after the murder of Ahmaud Arbery he received a number of phone calls asking if he was okay. Then Breonna Taylor was killed…then George Floyd.

While the calls were appreciated at first, as they dwindled, he shared that it wasn’t episodic sympathy that was needed. Rather, actionable empathy was required for his community—and a more cohesive, ongoing sense of being seen and heard at all times, not just when things seemed to be at their worst.

Ensuring our employees’ safety is an evolving imperative. In the aftermath of the Sept. 11 attacks, it became customary to place concrete planters outside big buildings or start a new identification system to protect against the unthinkable.

Those physical emblems of safety are now customary. What’s harder to measure and implement are the psychological safety standards that must protect the mental and emotional health of every member of your team.

Unlike sporadic and episodic gestures of mourning, these standards require structure and intent. Ensuring safety means creating more of these deliberate, proactive touchpoints where certain sensitive topics can be surfaced and shared for listening and learning.

For example, if you create a connection circle between employees of color who don’t normally have an audience with leadership, you aren’t just strengthening your commitment to diversity, equity, and inclusion—you’re also giving those employees a chance to share perspectives that may be completely off the radar of some leaders. You may even be able to help people establish connections and relationships with others who would not have crossed their paths naturally.

To help surface and eliminate unconscious bias in the workforce while working to create a safe space where people can talk transparently about their feelings, challenges, and hopes, I created a workplace series called Candid Conversations, where I invite both internal and external speakers to share their unique perspectives and experiences. It’s also a place where, as the name suggests, people are encouraged to speak their minds on subjects previously considered taboo.

Throughout American workplaces and across industries, there are countless Asian American (and other) employees stressed about their daily commutes and the risks they may pose. Employees may never bring this up with their boss in the course of daily operations.

However, if they know that there’s a sacrosanct time on the calendar every month for a safe, open communications forum where their concerns can be shared, they are far more likely to bring up these issues.

By creating such an environment, solutions—such as providing a forum to find commuting buddies; offering self-defense training; partnering with law enforcement as appropriate; ensuring that managers are more well-versed in the signs of mental stress; and having a robust set of options for employee assistance and support—can be surfaced.

Anne Chow is the CEO of AT&T Business, leading an organization of over 30,000 employees serving 2.5 million business customers worldwide, representing over $35 billion in revenue. She is coauthor of the bestselling book, The Leader’s Guide to Unconscious Bias. In March, LinkedIn named her one of the Top Voices in Gender Equity.