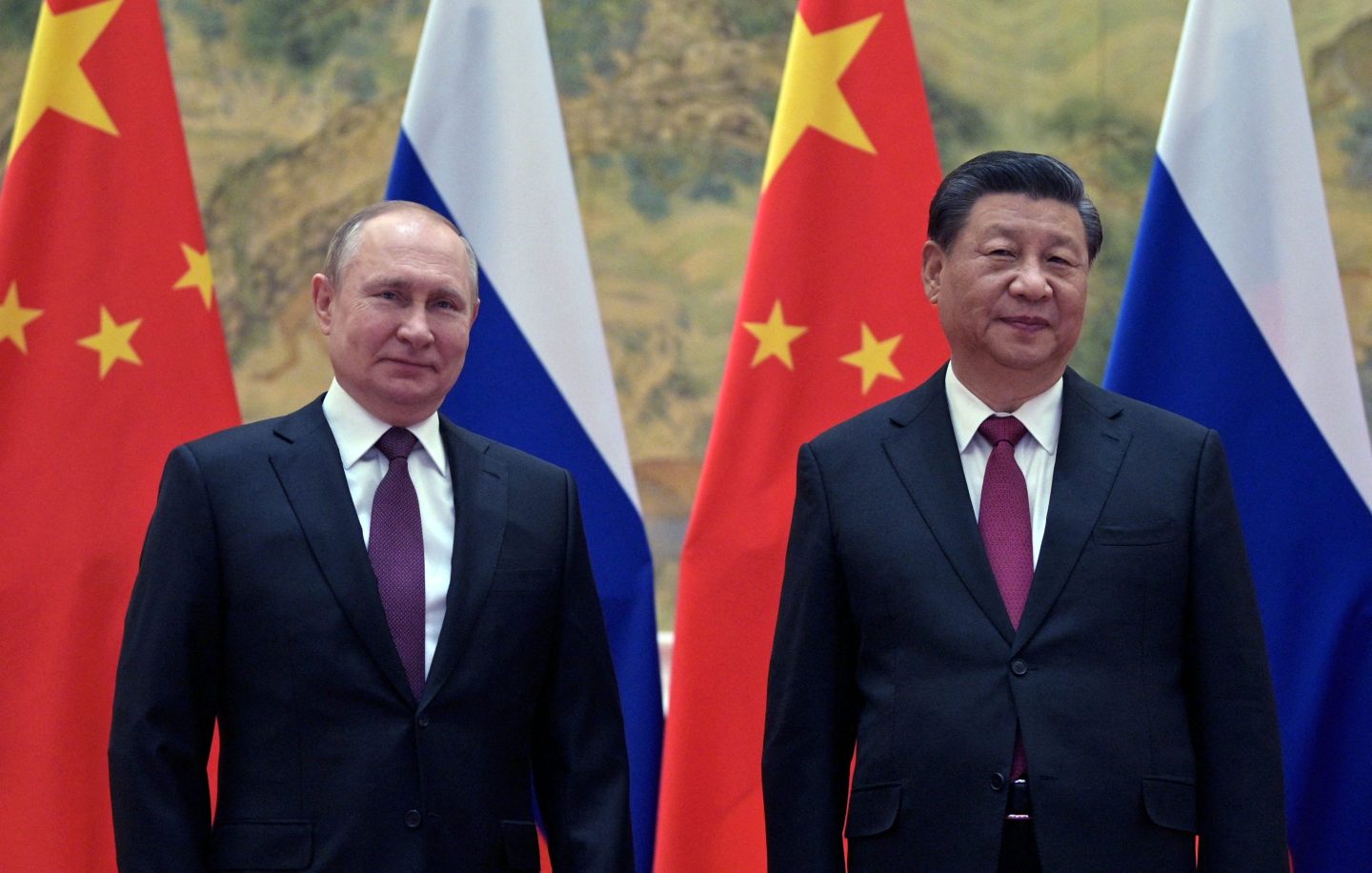 The risks of doing business with autocrats should be front of mind for every multinational in the wake of Russia’s invasion of Ukraine.

Hasty divestments are costing companies billions of dollars. The reputational costs are likely to be significant for those that stay in Russia—food and pharma groups, as well as the likes of HSBC, which has been reportedly removing the word “war” from its analysts’ reports.

While reports of war crimes are horrifying, the temptation for multinationals will be to treat Russia’s unprovoked aggression as an isolated case and to hope that after the end of military action, memories will fade.

This would be a colossal mistake. China’s expansionist ambitions are well documented. Other autocratic regimes are waiting to see how Russia’s war pans out. Companies must understand two things: their own role in propping up undemocratic regimes, and how this will come back to bite them.

Since the end of the Cold War, Western governments and businesses have been all too willing to trade with and invest in countries where the rule of law is absent or tenuous at best. We have taken their oil and gas, copper and cobalt, rare earths and silicon, foodstuffs, and manufactured goods in the name of expediency. After all, these goods are essential to the global economy. The China growth story, in particular, has proved irresistible to foreign investors. For years, China has been the second-largest recipient of foreign direct investment (FDI) flows after the U.S.

Some of us even believed that globalization would lead to a convergence in values: that trade and investment in China and countries of the former Soviet Union would bring us closer together. Our societies would become more similar, and Western values and liberties would prevail.

Instead, our trade and business activities have conferred legitimacy, export revenues, tax and investment dollars, employment, and access to technology on autocratic regimes. This collaboration has given rise to some uncomfortable truths. As Volodymyr Zelensky, Ukraine’s president, keeps reminding us, it is Europeans who are financing Russia’s war by continuing to buy its oil and gas, rewarding an illegitimate act of aggression and barbaric war crimes with sky-high oil and gas prices.

The second uncomfortable truth is that Western governments and companies are allowing autocrats to destabilize our societies. Freedom of information in the West has allowed the Kremlin to meddle in elections. Social media platforms have benefited from an unwillingness to regulate in the name of boosting entrepreneurship and wealth creation. They are a godsend for autocrats who want to spread fake news and inflame social tensions.

Until public pressure forced Google to shut down Russian state-funded media from its apps last month, Kremlin-funded propaganda outlet RT had more than 4.5 million subscribers on YouTube. We cannot think of any other time in history in which the leaders of some of the world’s most valuable companies have actively facilitated attacks on their own societies. This would have been unthinkable during the Cold War.

In this new scenario, corporations must urgently reexamine their responsibilities. They should not be complicit in the destabilization of Western societies to which they owe their existence. This Faustian bargain with autocrats must end.

Western governments and corporations must squarely face the fact that the commodities we buy, the investments we make, the taxes we pay, and the deals we make all help to prop up undemocratic regimes. Our presence in these countries lends legitimacy to bad governments. In many cases, investors are forced to be in close collaboration with kleptocratic networks.

If bad governments veer into committing war crimes and genocide, then the Western companies who work with these regimes risk the same opprobrium that befell Swiss banks, Ford, and IBM for their collaboration with Nazi Germany.

Only the consequences will be felt much faster this time. Geopolitics played a huge role in delaying scrutiny of the actions of companies and their executives during World War II. With the advent of the consumer economy and the swift rise in stakeholder advocacy, similar abetment or the turning of a blind eye would not escape accountability so easily today.

Businesses benefit from the rule of law, free and fair elections and representative government, freedom of association and of information, and all the other freedoms we take for granted. These rights and guarantees have allowed liberal democracies to prosper. We all have an obligation to defend them globally.

What this means in practice is that we must add a new dimension to corporate governance—call it Freedom, or Democracy—to reflect the fact that democratic freedoms are essential to sustain the long-term success and stability of corporations. This requirement goes beyond the standard practice of assessing political risk and other geopolitical threats to profitability.

Adding an F to ESG would oblige companies to examine their impact on politics and society beyond the principle of doing no harm. It would compel companies to spell out what they are doing to actively promote democratic values. What counts as good corporate governance today—abiding by a code of ethics, and having anti-corruption, human rights, and similar policies in place—rings hollow when companies continue to do business with autocrats who persecute minorities, attack neighbors, and flout international law.

Just as investors have started to focus hard on corporate viability in light of sustainability policies, so they will assuredly recognize the long-term risks of companies doing business in undemocratic places. Adding an F would reinforce the ESG investment lens and protect the long-term stability and profitability of investments. Companies that are already sustaining billions of dollars in losses after investing in Russia should work on a plan B for China–or face the likelihood of seeing those losses compounded in the future.

Yet the opposite is happening. In the race to find replacements for Russian oil and gas, the U.S. administration is putting pressure on Saudi Arabia to pump more oil, exploring alternatives with Iran to ease restrictions, and has opened channels of communication with Venezuela, a violent, corrupt, and authoritarian failed state that has forced more than 6 million people, 20% of the population, to flee abroad, and where 94% of the population lives in poverty.

It is true that energy security is a critical challenge for any country, but it should not be an excuse to give in to the pressure of oil and gas corporations that work under autocrats who violate human rights, crush the freedom of their people, and attack liberal democracy outside their territories.

Unlike the 1970s, today there are technological and geographic alternatives to mitigate dependency on oil coming from authoritarian regimes and accelerate energy reliance on renewables, nuclear, and LNG.

If the only consequence of Russian aggression is that Western governments and companies switch their allegiance from one autocrat to another, then we will have learned nothing. The world will remain unsafe. We will continue to depend on unstable regimes.

David Kamenetzky is a food and tech investor, a past member of the executive committee of Anheuser-Busch InBev and Mars, and a former chairman of JAB Investors. Leopoldo López is a Venezuelan political leader who was imprisoned and confined by the Maduro regime for seven years, escaped Venezuela, and is currently a fellow at the Wilson Center in Washington, D.C.