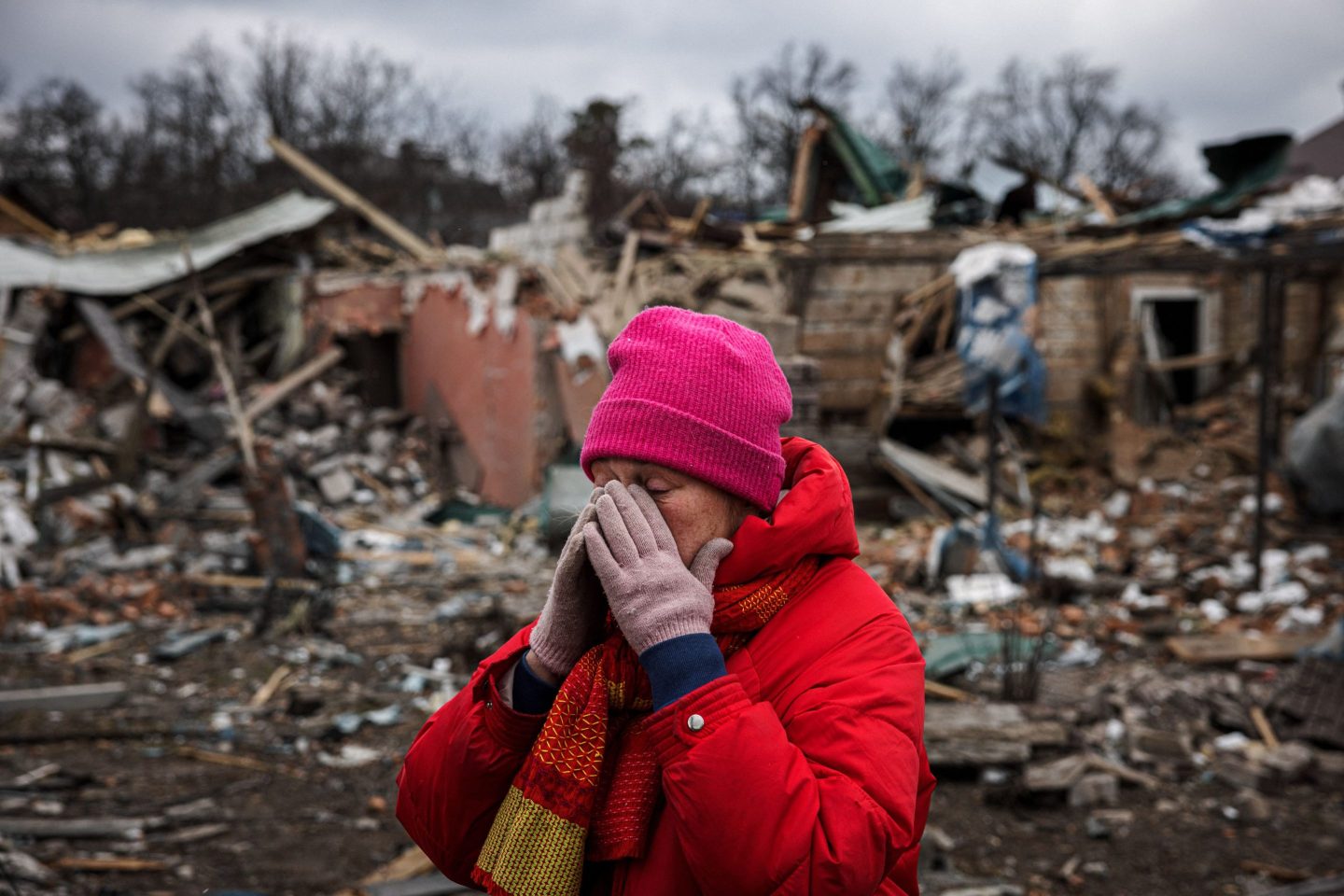 The aftermath of Russian aerial attacks on the city of Irpin, northwest of the Ukrainian capital Kiev, on March 13. Employees need to know that their managers are seeing the same images–and hoping for peace.
DIMITAR DILKOFF - AFP - Getty Images

The war in Ukraine may be thousands of miles away, but it feels unnervingly close to home for many American workers.

Relentless news coverage of bombed hospitals, burning homes, and dazed refugees can leave company employees, who are still readjusting after the two-year rollercoaster ride of the pandemic, further unsettled.

Now is the time for company leaders to embrace the human in human resources. A workplace isn’t all business–it’s a team of people with real hopes, fears, and stresses.

Wise managers should be checking in with employees about how they are dealing with the war in Ukraine.

The American Psychological Association’s 2022 Stress in America report showed similar results. The association’s Vaile Wright told NPR the level of concern about Ukraine–80% overall–represented the highest proportion of people reporting feeling stressed about a single issue in the survey’s 15 years.

This is modern business management. In our lifetimes, companies have gone global–so have employee concerns and vulnerabilities.

Old-school executives who try to maintain a high wall between the workplace and the outside world are unwise. Modern businesses should not pretend to be removed from their communities. Executives who turn their backs on the major events in the world around them will be seen as arrogant, naive, insensitive, or all the above. They certainly will not be viewed as caring leaders who operate a company with a shared sense of purpose.

With 24/7 television news coverage of the war, employees should know that company leaders are viewing the same disturbing images of war and hoping for peace. The company should offer help to employees who need support. If the company has operations in Ukraine or Russia, the leader should explain what steps are being taken for employees and business operations there.

Leaders should be especially sensitive to the needs of workers of Ukrainian or Russian heritage, who might have families caught up on either side of the conflict. Some may welcome discussion and expressions of concern, while others might deem that to be unnecessary pressure during an already difficult time.

Nothing counters anxiety like action. Make it easy for employees to help. Compile and distribute lists of credible aid groups such as the International Committee of the Red Cross, UNICEF, and the World Food Program. Consider setting up matching funds for employee donations.

Create a variety of channels for discussions: Some workers are comfortable voicing their thoughts in person, while others might prefer the emotional distance of something like a Slack channel or an internal forum, and others may need the anonymity of employee assistance programs or a mental health app.

Every company should have clear policies to deal with the fraught nature of this and other social issues in the workplace. In addition to the pandemic, the war in Ukraine follows the killing of George Floyd, the attempted takeover of the U.S. Capitol, and years of increasingly deep political divisions.

Respect is the watchword: It’s one thing for people to have differences of opinion; it’s quite another if those differences become personal.

During a labor crunch amid the Great Resignation, employers can ill-afford to alienate employees by ignoring major issues that concern them.

Let there be no doubt: Employee productivity is directly linked to their sense of well-being. Acknowledging major events such as the war in Ukraine–and offering extra help for employees who can use it–is both good citizenship and good business.

Cheryl Naumann is the senior vice president and chief human resources officer for the University of Phoenix.