Ukraine, Disney, and the modern CEO dilemma: When to take a public stand 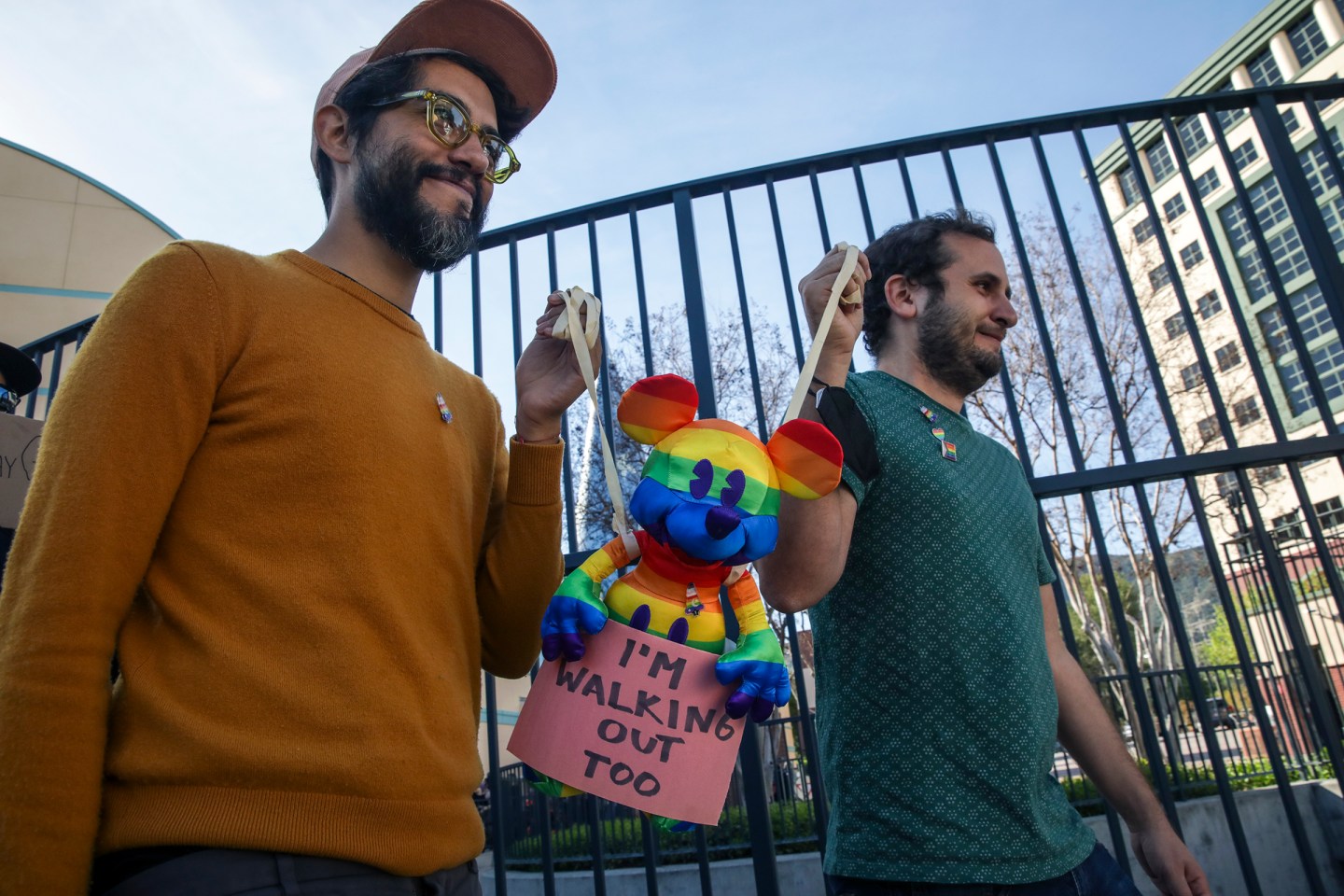 Companies are pulling out of Russia in protest of the horrific invasion of Ukraine­ as CEOs continue to find themselves making decisions they may not have considered in the past.

The bar for moral corporate behavior is higher than ever. Getting it right is critical­: There is little room for error in the court of public opinion.

The perception of putting singular business objectives above morality is subject to widespread criticism on topics that companies rarely used to think about­–and never commented upon.

Today, to be wrong or silent risks outrage from employees, academics, shareholders, journalists, and customers.

It’s difficult to say when, exactly, companies started to be held to account for taking social responsibility seriously. The #MeToo movement, which started at Fox News with the ouster of CEO Roger Ailes in 2016, was one beginning. The Business Roundtable in 2019 that restated the purpose of the corporation was another step in this direction.

As a communications advisor to companies and nonprofits, I work with CEOs and their teams hashing out problems and considering how multiple constituencies might react. I have great respect for the complexities they face in making these decisions, particularly when anxious boards of directors (their bosses) might themselves be split on issues.

While these matters seem pretty clear cut to most, for all those companies that had to cut their workforces during Covid or face bankruptcy, there are gray areas.

Yale’s Jeff Sonnenfeld–who published a list of “shame” consisting of companies that were taking too long to get out of Russia–recently added an addendum acknowledging that it took longer for some than others because of assets and employees they had to protect.

Food producers still operating in Russia, for example, say they are doing so for humanitarian reasons. To leave Russia would threaten the world with a food crisis. A dent in Russian exports of food commodities such as wheat, on top of the likelihood of a diminished harvest in Ukraine, could lead to serious food shortages around the world, analysts told the Wall Street Journal.

“It’s creating quite an angst in the coming production cycle,” said Bill Biedermann, the Tennessee-based co-founder of AgMarket.net, a commodity brokerage and agricultural consulting company. “If it doesn’t perform, there’s only a couple of times in recent history I can think where world food supplies would be this critical.”

Then there is the question of whether companies making moral decisions to support Ukraine means down the road supporting other oppressed peoples such as the Uighurs and Rohingya, as Time’s Belinda Luscombe notes in her recent piece on “Letting companies fight our wars.”

Goldman Sachs CEO David Solomon made it clear he thinks it’s the job of the government, not companies, to ostracize Russia.  Goldman is winding down business there to comply with U.S. sanctions, which he believes are justified.

The need for a response

Closer to home, CEOs are being pulled into politics whether they want to or not.

Disney CEO Bob Chapek is embroiled in a controversy over Florida’s Parental Rights in Education bill, known as “Don’t say Gay” having sided first with the governor, then reversed his position after employees staged walkouts.

It’s only the latest problem for the legendary Bob Iger’s successor, who missed early signals of the importance of the issue to the brand.

To help leaders as they try to pick their way through today’s many pressing foreign and domestic issues before they turn into spectacles, I have started to compile quotes from CEOs that give context to their thought processes as they decided to take a public position or reverse an earlier one.

The quotes cover a range of topics, such as LGBTQ rights, the Black Lives Matter movement, voting rights, and Russia. There are common themes: Living up to their company’s values, not letting words sit on a wall as “propaganda,” and seizing an opportunity to make a difference.

Listening to what CEOs are saying, the need for a response that is in tune with stated missions to fight discrimination, help with human suffering, and “do the right thing”–even at the risk of hurting business in the short run–is becoming clear.

As new issues arise, I will update this list on a regular basis with the hope that it will create a constructive, real-life framework for “doing the right thing”. They are listed by topic, and I have chosen quotes that go beyond business basics to ethical considerations. Send me your favorite CEO quotes at laurie@haysadvisors.com

It is important for CEOs not to react on the spot when asked about these important matters.  Comments require careful thought and consideration, and perhaps even board approval. Speaking off the cuff can result in dangerous blunders, as evidenced by the Disney situation.

GE recently won praise from Barron’s under the headline “Sometimes Boards Listen” when it recently cut CEO Larry Culp’s stock incentive compensation to $5 million from $15 million for 2022 after shareholders in 2021 voted against compensation for GE’s top management. While the vote wasn’t binding, the GE board did heed the call.

Laurie Hays is the founder and managing director of Laurie Hays & Assoc., a communications consultancy.