The media’s racial bias is also happening off screen 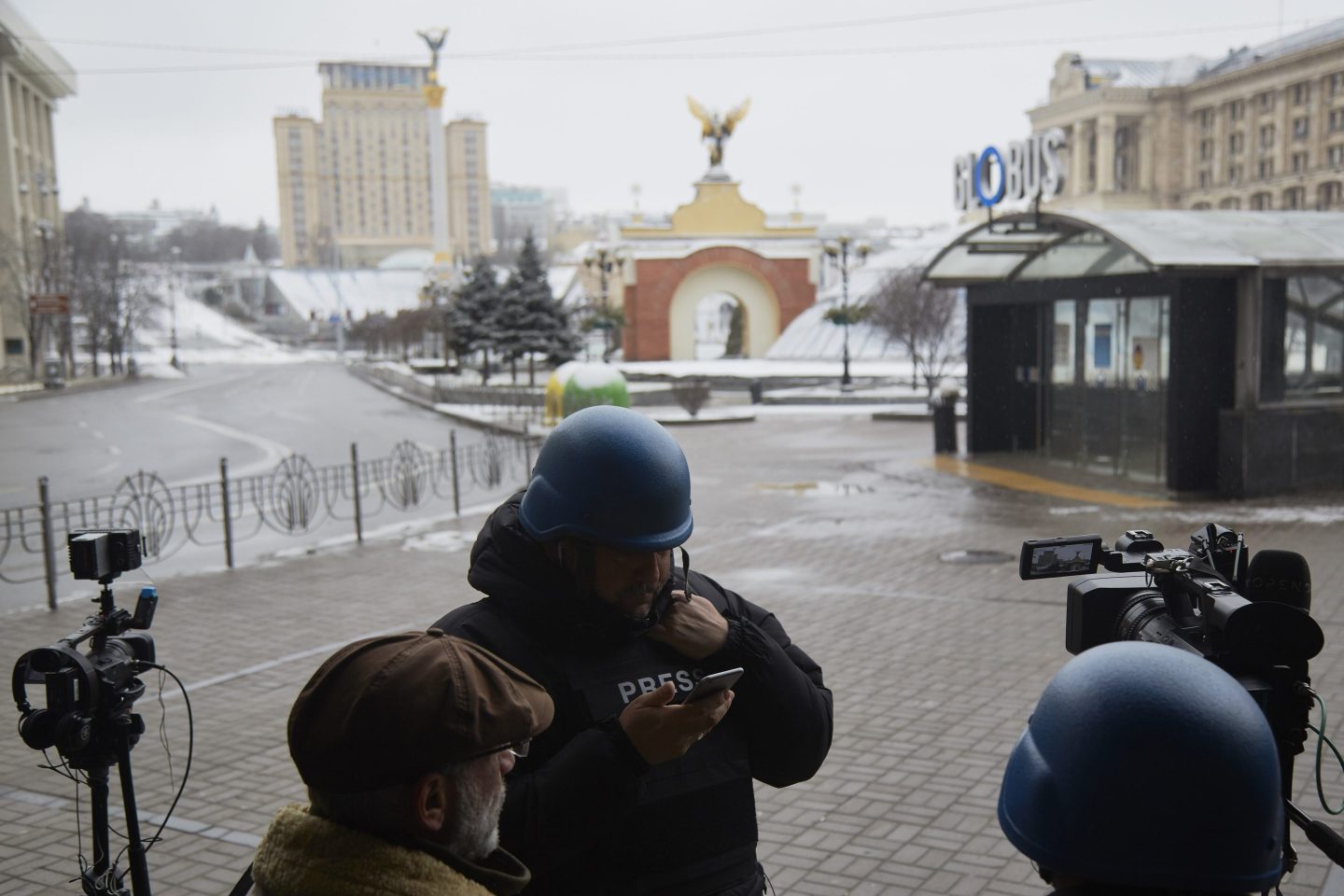 Journalists should report the truth without fear or favor–but overwhelmingly white newsrooms are riddled with biases.
Pierre Crom—Getty Images

In a war in which the vast majority of Western governments have supported Ukraine and opposed Russia’s actions, many Western journalists seem to have almost abandoned their journalistic principles of due impartiality and objectivity in reporting the war.

Journalists, like medics, must not take sides in a war. It is our duty to report the facts without fear or favour and as objectively as possible.

If there is a side that is unquestionably “the aggressor” and “in the wrong”, that should become apparent in our reporting of the facts and for our readers to judge. If the journalist makes that judgment for the reader, it breaks the contract of trust the reader has with the news organization that the journalists are not cherry-picking the facts that suit the side they favor.

As a reader, I need to be able to trust that journalists will report human rights violations, whether they are committed by Russian or Ukrainian forces. That does not make me a “Putin sympathizer.” Objective, impartial journalism that reports the facts makes me believe Putin is in the wrong. Subjective, biased reporting makes me question whether I am getting a fair and accurate picture of what is really going on. It makes me more reluctant to condemn Putin as I am not sure I am getting the full picture.

The main concern is whether this lack of journalistic objectivity is at least in part because this conflict involves (mostly white) European victims, as opposed to when Russia has been involved in conflicts in non-European countries, such as Syria.

It is notable that all the examples Munya Chawawa and Trevor Noah highlighted were by white journalists. I suspect that it’s no coincidence the excellent reporting by the BBC’s Black reporter Clive Myrie showed no evidence of racial bias or favoring white victims.

All of this brings into focus the glaring lack of racial diversity in mainstream Western newsrooms. In the U.K. for example, Black people make up less than 0.3% of journalists, according to the Reuters Institute. While figures for the racial breakdown of foreign correspondents do not exist, the lack of diversity is thought to be even starker.

The few Black reporters that we see on our TV screens in front of the camera nearly always have exclusively white teams behind the camera. With the vast majority of news editors and news management being white, we literally see the world through a white gaze–and with all the biases that go with it.

While racial bias should be opposed in any reporting, it raises deeper concerns about objectivity and impartiality. It begs the question of whether the journalists are reporting on the victims of other wars fairly–and if they can be objective when reporting on wars involving Europeans.

On March 4, BBC Middle East Editor Jeremy Bowen tweeted a picture of the supposed weak spots of Russia’s armored vehicles along with the words: “Where to throw a Molotov cocktail. Guide for Ukrainian volunteers #Kyiv shows weak spots in Russian armour, viewing hatches and air inlets.”

Many responded by questioning whether Bowen would have been able to say something similar that informs Palestinians where to aim their Molotov cocktails against Israeli armored vehicles.

While much of the reporting on the Ukraine war has been excellent, it has also raised some serious concerns on the biases of the journalists covering it for mainstream news organizations. This directly undermines the trust people have in the journalism they receive.

Ukraine war reporting has shown once and for all that we must increase racial diversity in our newsrooms if we care about objectivity, impartiality, and maintaining trust with the public.

Marcus Ryder was a senior news executive at the BBC for eight years. He is the editor of the book “Black British Lives Matter”