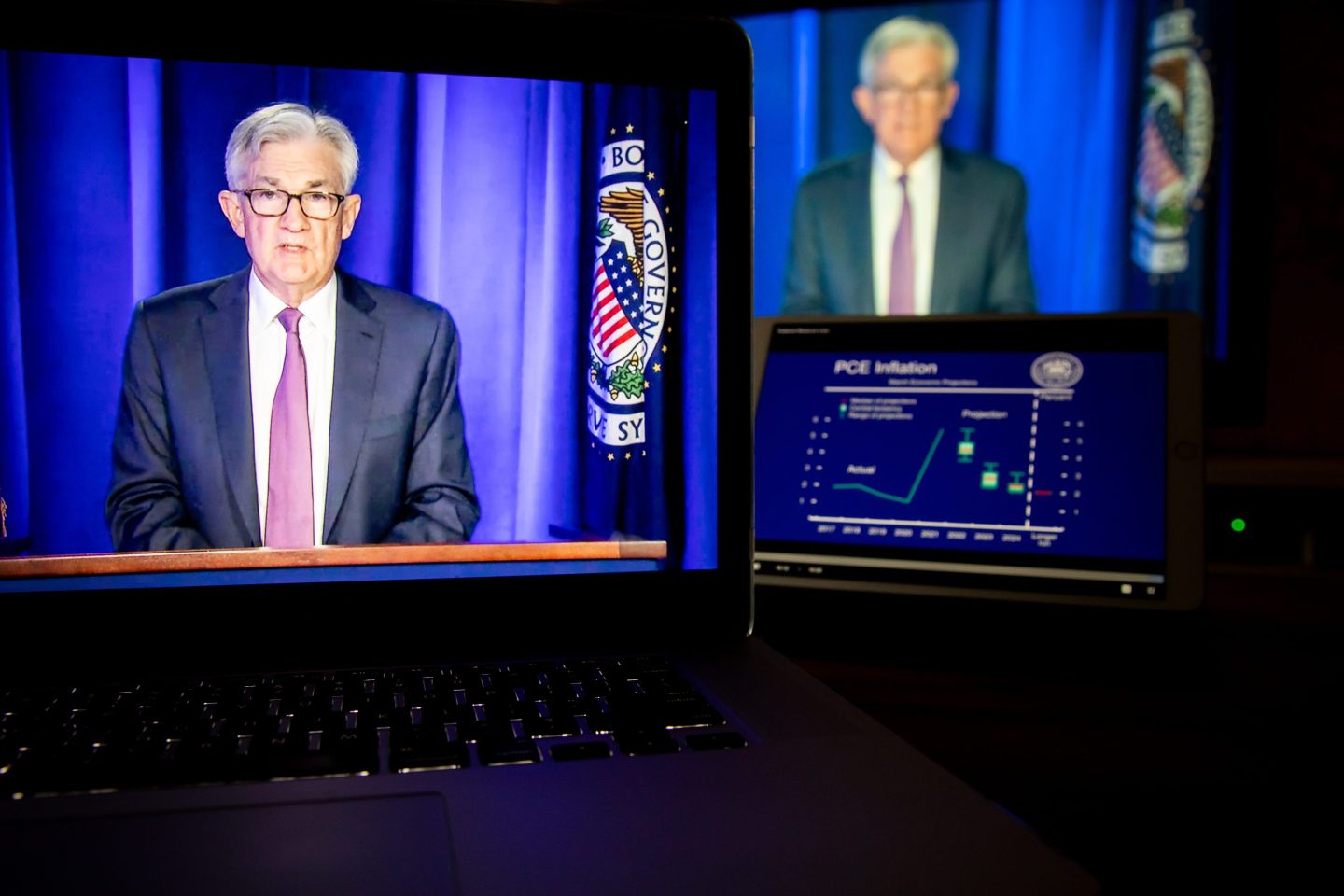 Jerome Powell, chairman of the U.S. Federal Reserve, speaks at a news conference on March 16. The Federal Reserve raised interest rates by a quarter percentage point and signaled hikes at all six remaining meetings this year to tackle rising inflation.
Michael Nagle—Bloomberg/Getty Images

The Biden administration’s efforts to refocus the Federal Reserve Board’s priorities face significant headwinds, with one nominee for the board recently stepping aside given insufficient Senatorial support.

Part of the controversy reflects a new topic that has arisen regarding the extent to which the Fed should add climate risk to its purview.

In his latest speech, Fed Chair Jerome Powell did not mention environmental concerns–they were overshadowed by rising inflation, energy costs, and a challenging global context.

Rather than continually trying to outsource its job, Congress should be leading the charge against climate change through legislation.

To get it right, a clear understanding of the presumed policy is required. Is the idea to include climate risk as an input to assess financial stability more holistically? Many have previously promoted the construction of a climate-related stress test.

Or, as promoted by the more progressive wing of the Democratic Party, are we instead discussing a marked shift in the regulation of financial institutions to force them to serve as a mechanism to promote climate risk mitigation policy?

The Fed has two main functions–monetary policy and financial stability. Any climate-related monetary policy objective would reflect a significant shift relative to the Fed’s current inflation and labor market mandates. Leaving aside the fact that Congress would have to formally legislate such an alteration, the Fed is ill-equipped to tackle climate mitigation in the context of its traditional monetary policy toolbox. There is already significant disagreement regarding the appropriateness of the Fed’s current policy stance.

There is also the danger of the politicization of our central bank. This is not a trivial issue: The Fed’s independence allows it to swiftly respond to economic conditions in a technocratic manner largely free of political influence. A real–or even perceived–erosion of that independence will do nothing but impair its ability to operate when needed. As a cautionary tale, academic research clearly documents a link between high inflation and the lack of central bank independence.

However, proposals such as the adjustment of capital adequacy regulation that would require banks to hold more capital against lending tied to borrowers that are negatively contributing to climate change are more problematic. Such a modification of capital adequacy risk-weights would simply join a colossal jumble of regulatory complexity that can be easily gamed with sizable unintended consequences for systemic risk. How confident can we be that the disincentives for bank lending would correctly identify borrowers tied to climate risk?

None of these concerns can justify Congress’ abdication of its responsibility to attack the very real issue of climate change. The avenue for the most effective climate policy is through formal legislation. Congress can force the largest contributors to climate risk to bear the costs of their actions. A direct carbon tax is likely to be far more effective.

With an appreciation for the fact that the largest carbon producers reside outside the U.S., a carbon tax policy would need to address the cross-border nature of the issue carefully and credibly.  The Fed has virtually no direct role to play in cross-border economic activity.

Ideally, the Federal Reserve would appropriately calculate the financial stability risks of climate change. Doing more than that could damage the institution’s credibility or unintentionally distort to the allocation of capital.

The lingering question is how do we seriously tackle the challenges of climate change when Congress is simply inactive? It’s not easy, but we need to be very careful in how we go about trying to circumvent those very real political limitations.

Prof. Christian Lundblad is the Richard Levin Distinguished Professor of Finance at UNC and director of research at the Kenan Institute of Private Enterprise.  He formerly served as a financial economist at the Federal Reserve Board in Washington, D.C.