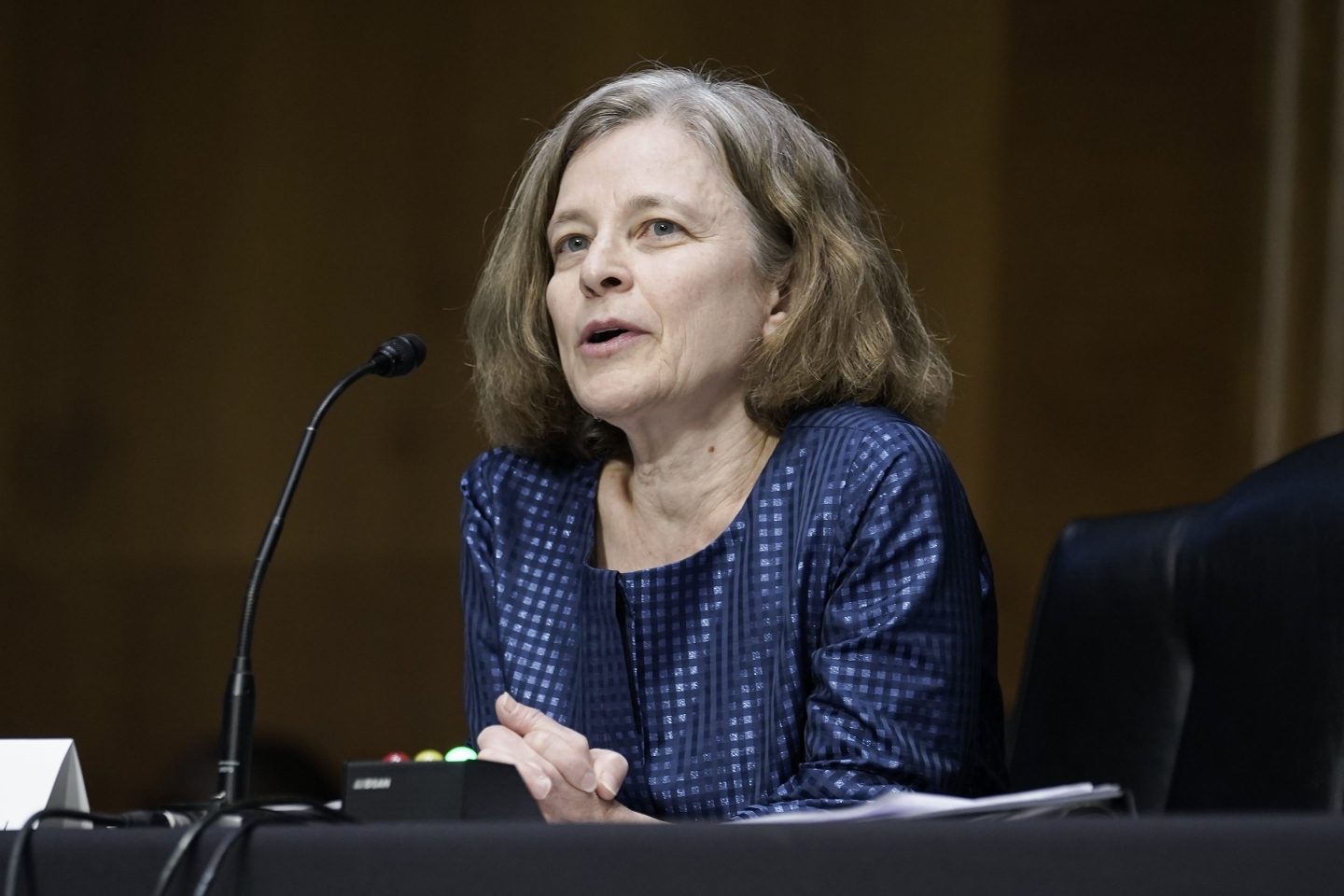 Raskin announced she is withdrawing her nomination to the Federal Reserve's Board of Governors vice chair for supervision.
Ken Cedeno—Pool via AP

Sarah Bloom Raskin has withdrawn her nomination to the Federal Reserve’s Board of Governors after a key Democrat joined with all Republicans in the Senate to oppose her confirmation, according to a person familiar with the matter who requested anonymity before an official announcement.

West Virginia Sen. Joe Manchin announced Monday that he opposed Raskin’s confirmation, and all Republicans in the evenly-split 50-50 Senate had indicated they planned to block her for the position of the Fed’s top banking regulator.

Republicans have claimed Raskin would use the Fed’s regulatory authority to discourage banks from lending to oil and gas companies. Democrats, as well as many banking executives, countered that Raskin’s views aren’t out of the mainstream and said she simply wants the Fed to consider the risks that climate change poses to the financial system.

Her nomination had been stuck in the Senate Banking Committee after Republicans last month unanimously refused to vote on it in an effort to prevent her being approved on a party-line vote.