Will women’s embrace of gray hair during the pandemic challenge ageism in the workplace? 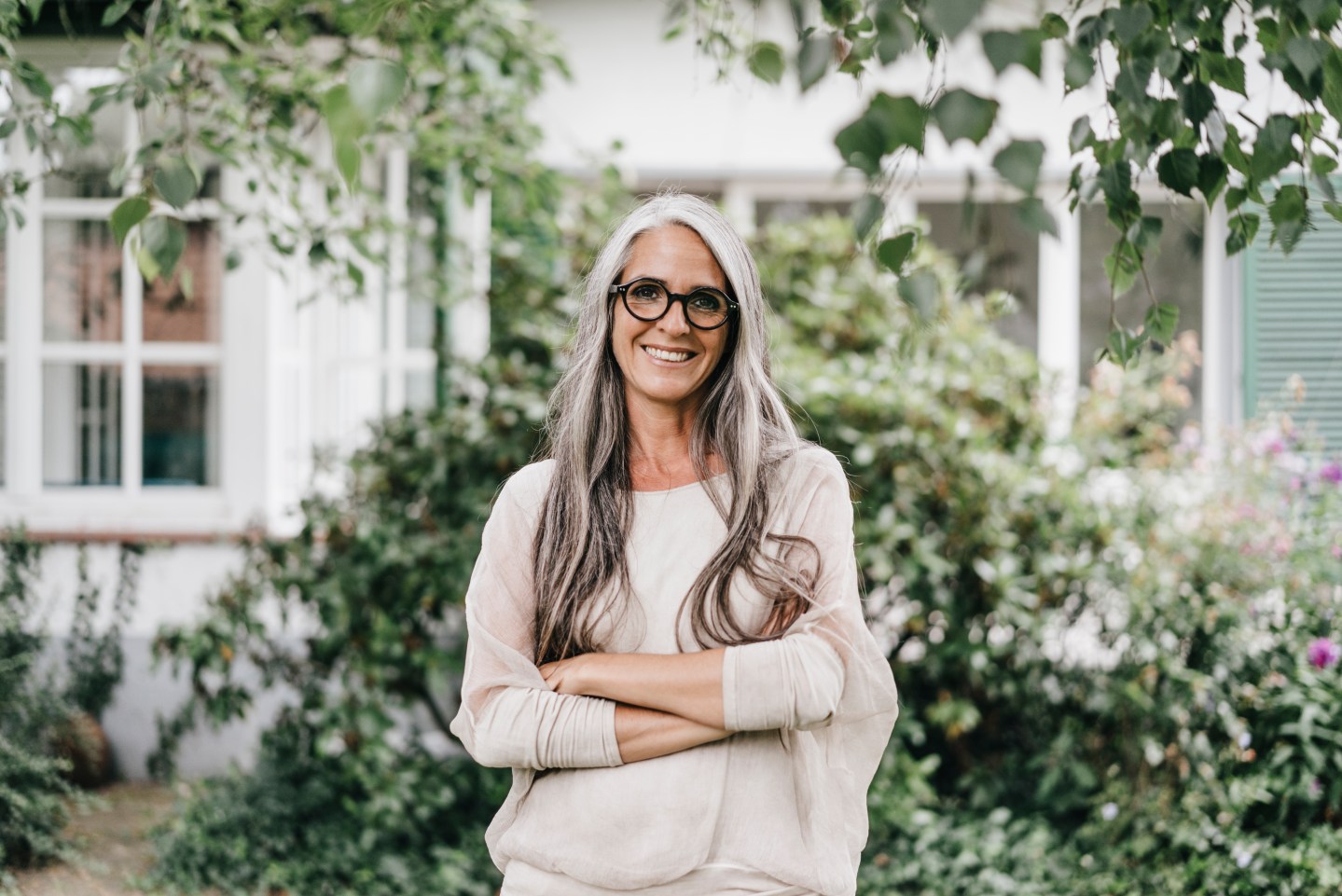 Some women embraced gray hair during the pandemic.
Getty Images

Good morning, Broadsheet readers! Sen. Kyrsten Sinema won’t eliminate the filibuster, Prince Andrew loses his royal titles as he faces a sexual abuse lawsuit, and gray hair is having a pandemic moment. Have a relaxing weekend.

– Going gray. To gray or not to gray? It’s a question women have faced since, I suppose, the invention of hair dye. However, as with so many things, the pandemic has changed the calculous.

For many of us, venturing into gray territory over the past two years didn’t start out as a choice: during the early days of COVID, visiting a salon (if you could find one that was open) felt like choosing vanity over health. That has since changed, of course, and some women put a trip to their colorist at the tippy-top of their post-lockdown To-Do lists. But for others, that enforced time with their natural gray changed their perspective. And whether it was the money saved, the time and energy recaptured, or simply the appeal of a dramatic, silvery look, they’re sticking with it—at least for now.

In this piece for WBUR, Massachusetts Rep. Katherine Clark writes about her decision to transition to gray back in 2015. At the time, she was a new member of Congress, with three young children and parents who needed care as they coped with health problems—in other words, too busy to deal with dying her hair. Already “gray curious,” she embraced her natural color. The result:

“Supporters pulled my staff aside and asked if I was ill because that was the only explanation they had for why I would age myself. People told me I would no longer be able to pass legislation, that I was throwing away my reputation as hard-working, and most confounding to me, that I would no longer be taken seriously by the public and my colleagues.”

None of these silly predictions came to pass. In fact, Clark is now Assistant Speaker of the House. But I do wonder to what extent the same sexist and ageist misconceptions may come into play when we have a more complete return to offices. Will women who’ve embraced gray while WFH hold fast to their choice when they’re back in an environment where, sadly but undeniably, appearance—and more specifically for women, looking young—still factors into how we’re perceived? I hope so. Yes, the attitudes that Clark faced seven years ago are still out there. But if there’s anything that can change that, my money’s on an army of supremely competent and confident gray-haired women.

- Filibuster's biggest fan. Sen. Kyrsten Sinema confirmed she will not back down from her support for the filibuster, a position that threatens Democrats' voting rights legislation. CNN

- Andrew and Epstein. Buckingham Palace stripped Prince Andrew of his royal military titles and patronages—including use of the title "His Royal Highness"—as the Duke of York faces a civil lawsuit alleging sexual abuse. Virginia Giuffre says she was trafficked by Jeffrey Epstein and then forced to perform sexual acts on Prince Andrew, which he denies. CNN

- Vaccine results. A new study of pregnant people in Scotland between December 2020 and October 2021 finds that unvaccinated pregnant women are at much greater risk of complications from COVID-19. In 450 pregnancies where the pregnant person had COVID-19, the fetus or newborn died; all patients who lost their baby while positive for COVID were unvaccinated. STAT News

- Reading list. Scholastic CEO Richard Robinson, who died in June, left his controlling stake in the publisher to Iole Lucchese, who is now Scholastic's chair. Lucchese was formerly chief strategy officer, and she oversaw many of Scholastic's stymied digital innovation efforts. So now that she's in control, can she turn around the business? WSJ

- On board. State Street Global Advisors is mandating that all global companies it invests in must have at least one woman on their boards to earn the firm's support during proxy season. A similar policy at State Street previously applied only to companies listed in major indexes. Bloomberg

For women, is exercise power? The Atlantic

What happened when the MLMs found Tinder Bustle

"It’s not every day that you see fashion designers coming to a state capitol."