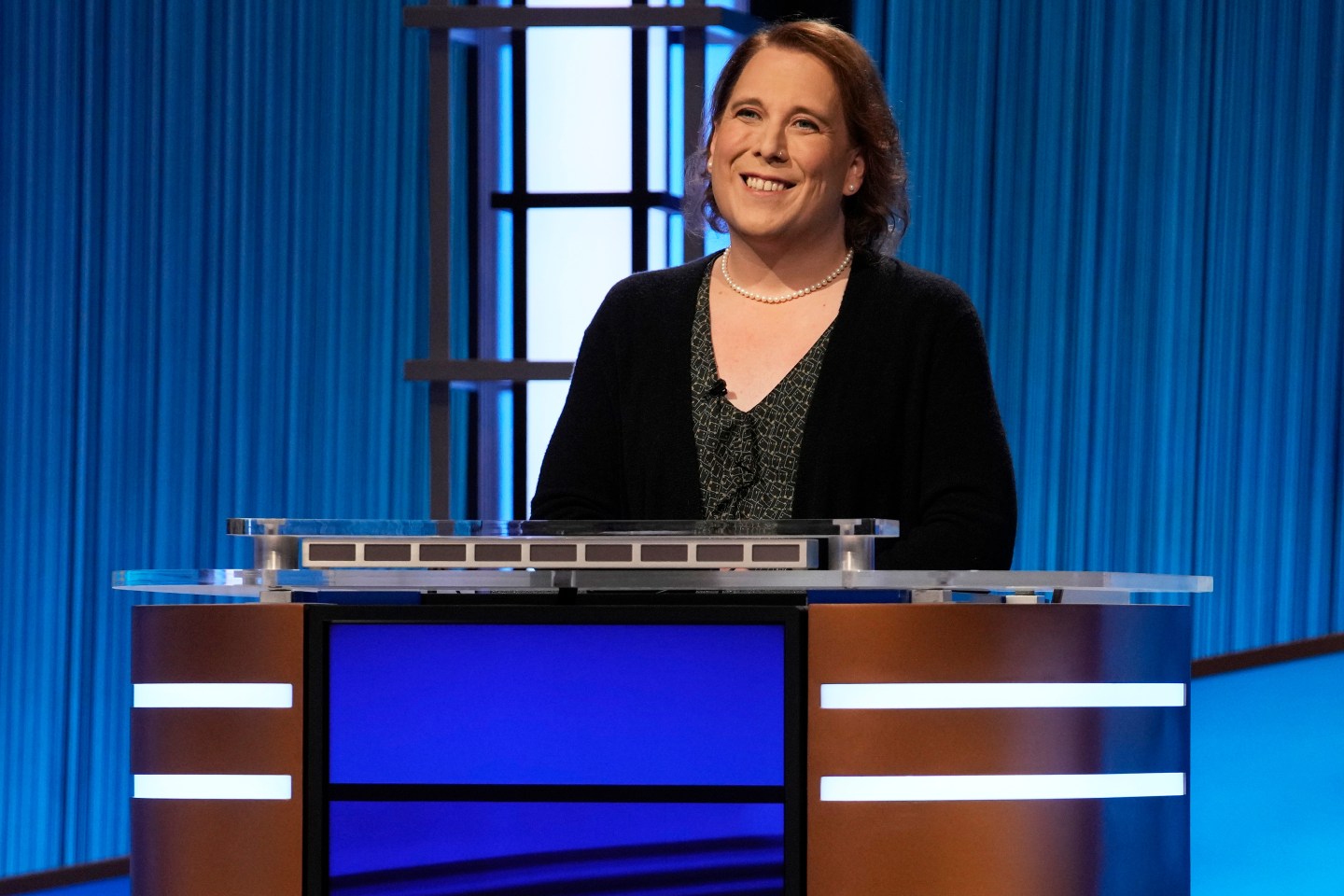 Good morning, Broadsheet readers! Mariah Bell will be the oldest U.S. figure skating champion in nearly a century, Citi prepares to fire unvaccinated employees, and Amy Schneider is breaking a glass ceiling on Jeopardy!. Have a productive Monday.

– Who’s the record-setter? Have you watched any Jeopardy! in the past two months? If so, you’ve likely seen Amy Schneider, who on Friday became the first woman and fourth-ever contestant to pass $1 million in earnings during the trivia show’s regular season.

Schneider’s Jeopardy! run began on Nov. 17. Friday’s episode, in which she took home $42,000, was her 28th game. Her winning streak has attracted attention for a few more reasons: it’s part of a trend toward longer stretches on the show for top contestants, starting with Ken Jennings in 2004 and picking up speed over the past two years with players James Holzhauer and Matt Amodio. And, because Schneider is a trans woman.

Schneider has described her gender as just one part of her identity—a part of her alongside other qualities like her intelligence and even her new place in Jeopardy! history. “I don’t actually think about being trans all that often, and so when appearing on national television, I wanted to represent that part of my identity accurately: as important, but also relatively minor,” she said after wearing a trans pride pin during a November episode. “But I also didn’t want it to seem as if it was some kind of shameful secret.”

The contestant wrote an essay in December for the site Defector in which she reflected on how her identity relates to her intelligence: her answer to the frequent question, “how are you so smart?” “I am white, and until well into adulthood, was perceived as male,” she wrote. “Had that not been the case, my intelligence would have been seen as surprising at best, and threatening at worst, which undoubtedly would have impacted my intellectual development. But it was the case, and I was never discouraged from acquiring knowledge.”

Schneider’s record-breaking winning streak has been a rare bright spot for Jeopardy! fans, coming months after the show badly bungled the appointment of Alex Trebek’s successor. If you’ll remember, Mike Richards, previously an executive producer who was briefly appointed host, was found to have made several sexist comments during a series of podcast recordings.

After the host drama took up so much Jeopardy! oxygen, it’s refreshing to have a new story for women on the beloved game show. And who knows? Maybe Schneider will become the first woman to cross the $2 million mark.

- Star skater. You're never too old to achieve your dreams—even at the "ancient" age of 25. Mariah Bell this weekend won the women's national championship in figure skating, becoming its oldest champion in 95 years. The win sets her up to compete on the U.S. Olympic team this year. She's considered old for her sport, but she wants to prove to others that "skating doesn’t end at a certain age." NYT

- Bank on it. Citigroup, the bank led by CEO Jane Fraser, is planning to fire employees who remain unvaccinated at the end of the month. The bank announced a vaccine mandate months ago, and the end-of-month date was set to follow through on those rules. More than 90% of U.S. employees have been vaccinated. Fortune

- Food for thought. Sara Menker grew up in Ethiopia in the 1980s, and witnessing famine shaped her view of food insecurity. Now the founder of Gro Intelligence forecasts agricultural trends at her company, which has raised $125 million in funding. NYT

MOVERS AND SHAKERS: Jennifer N. Harris joins the board of Brillio.

- Hole in one. Women's golf is upping its prize money, doubling the U.S. Women's Open purse to $10 million—much closer to the men's $12.5 million in possible earnings. The funding for this year's golf champions came from ProMedica, a health care company that signed on as the women's tournament's first presenting sponsor. Golf Digest

- Ready to retire. People are taking early retirement if they have the resources to do so out of pandemic-related concerns, a new study finds. Women between 65 and 74 who were either married or widowed were the most likely to retire during the pandemic—11 times more likely to do so than their male peers in age. Fortune

- Madam Mayor. Why did Keisha Lance Bottoms quit? The Atlanta mayor announced she would step down after just one term in office. "My assessment has not been any different than Simone Biles’s or Naomi Osaka’s," she said in this feature story, reported during her last weeks in office. "I’m putting my emotional and mental health first." New York Magazine

The 355 is proof that women can make middling action movies, too Vulture

Britney Spears has always fought back. By dancing NYT

"We've got to vote like the future of our democracy depends on it."

-Michelle Obama, in a new letter urging Americans to vote in the 2022 midterm elections