The Federal Bureau of Investigative Journalists 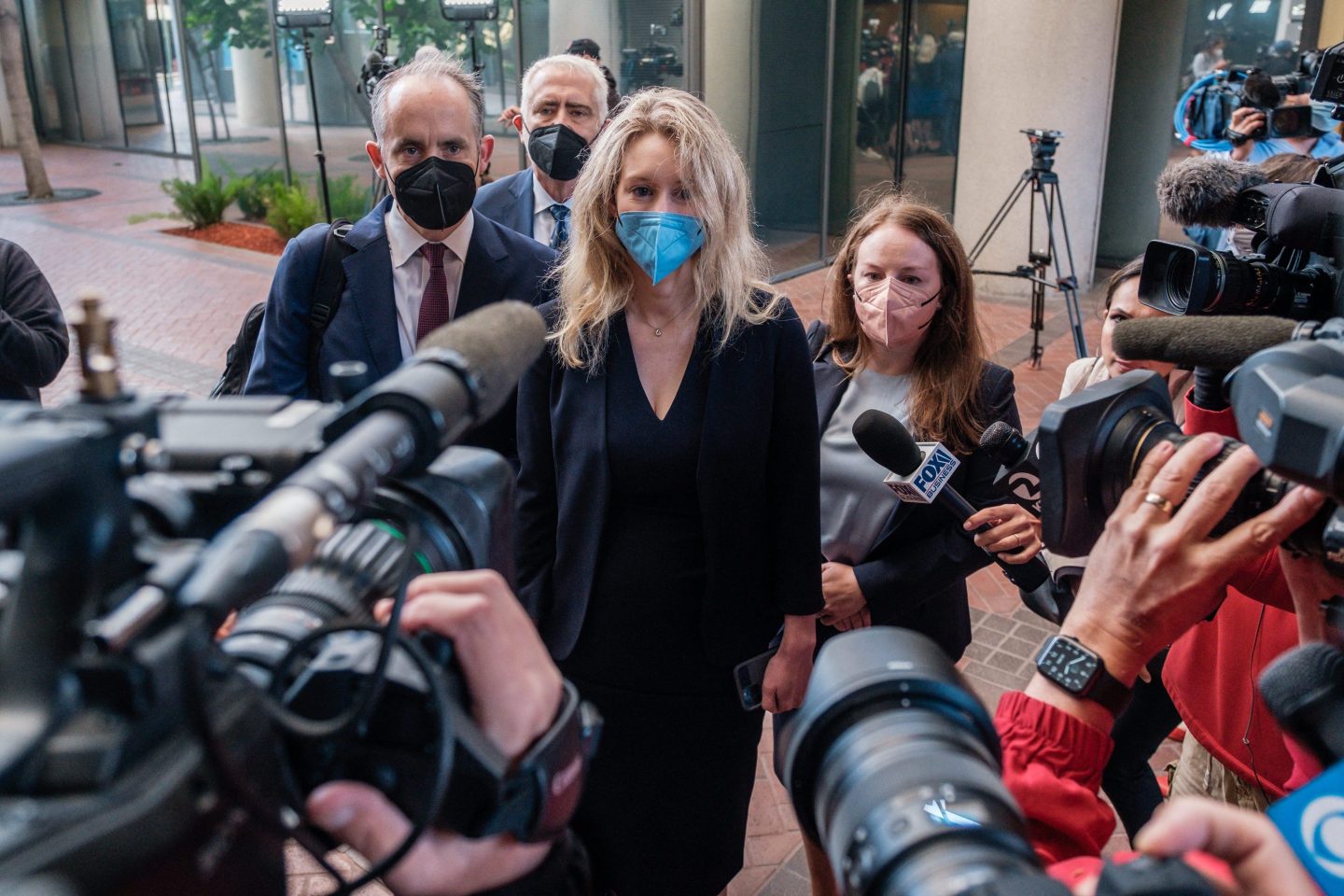 Extensive publicity inevitably influences jurors and witnesses. This is the opposite of what the legal system was designed to do.
NICK OTTO—Getty Images

The year of highly publicized trials has ended, but one trend will endure: reporters and producers feeding prosecutors some of their biggest cases. That may be more of a problem than you realize.

The Elizabeth Holmes and Ghislaine Maxwell trials were the culmination of work from two award-winning journalists. The U.S. attorney in charge of prosecuting Maxwell and Jeffrey Epstein confirmed his team had been “assisted by some excellent investigative journalism,” referring to Julie K. Brown of the Miami Herald, credited with reopening the Epstein sex-trafficking case.

Reporter John Carreyrou—whose stories in the Wall Street Journal single-handedly exposed Theranos’s multibillion-dollar fraud—found himself on the defense’s witness list, a move his attorneys argued was a plot by Holmes to prevent him from continuing to cover the story.

Holmes, Maxwell, and Epstein are not the only defendants whose recent downfalls were triggered by journalists. Before Harvey Weinstein was convicted of rape in Manhattan (and charged in Los Angeles), he was the subject of groundbreaking stories in The New Yorker and the New York Times, spawning the “Me Too” movement.

Before Bill Cosby was charged with sexual assault, news stories circulated collecting allegations against him. And most far-reaching of all, the International Consortium of Investigative Journalists collaborated on the “Panama Papers,” leading to investigations and charges worldwide, including two federal indictments.

This may seem like a win-win proposition—reporters exposing crimes and prosecutors prosecuting them. But in today’s world, where podcast and show producers monetize celebrity trials, these articles can be more than just leads: They could result in a fundamental shift in our justice system, which remains the envy of the world.

Consider the life of a traditional investigation. A victim or a witness reports a crime. A law enforcement agency works with a prosecutor, typically covertly, to probe the allegations, develop the case, and if it gathers enough evidence, present its finding to a grand jury—an independent group of people sitting in a secret chamber—that votes on an indictment. Treasure troves of highly incriminating evidence are off-limits because of broader societal choices we have made, like protecting attorney-client communications and forbidding warrantless searches. A trial jury, having never heard the allegations until stepping into the courtroom, receives only evidence that is lawfully obtained, legally sufficient, non-prejudicial, and authenticated. After vigorous cross-examinations and defense arguments, the jury is instructed to apply the highest burden of proof to decide the defendant’s fate.

Now consider what happens when a journalist’s account of a crime hits iPhones, iPads, and laptops before the issuance of a single subpoena. Will witnesses be unbiased when speaking with police or federal agents? Prosecutors tell witnesses not to talk with each other or learn about the case. Try that instruction when the narrative about the alleged crime is splashed across the internet. In an attempt to prove a similar point, Maxwell’s lawyers called a psychologist to testify about how recollections can be manipulated.

What about jurors? To combat pretrial publicity, defense lawyers often ask to change venue, but these requests are almost always denied, and in today’s digital age, they are useless. Jurors get seated by agreeing to forget any media coverage they might have seen.

And prosecutors? All the ones I know follow the Supreme Court’s dictate from over a century ago, that while they can “strike hard blows,” they are not at “liberty to strike foul ones,” and a just outcome is one that avoids wrongful convictions.

But prosecutors aren’t robots. Extensive pre-investigation publicity subconsciously affects decision-making. Cases sensationalized by journalists can lead to infighting between offices and races to court. Prosecutorial discretion is difficult to exercise dispassionately when a big story is getting more web traffic every minute.

Take the Holmes case. Was there any chance Holmes would not be prosecuted with the Journal’s coverage, a book, a Netflix documentary, and podcasts drawing millions?

Our criminal justice system is founded upon a defendant’s right to confront witnesses, expose their motivations and biases, and force the government to prove guilt beyond a reasonable doubt to 12 agnostic jurors. Talented and relentless journalists are testing that system.

Andrey Spektor is a litigation partner at Bryan Cave Leighton Paisner LLP. He served as a federal prosecutor in the Eastern District of New York. His practice focuses on representing companies, boards of directors, and individuals in white-collar criminal actions, government investigations, complex civil litigation, and appeals.