Remembering Joan Didion and Betty White, who showed a model for success at any age 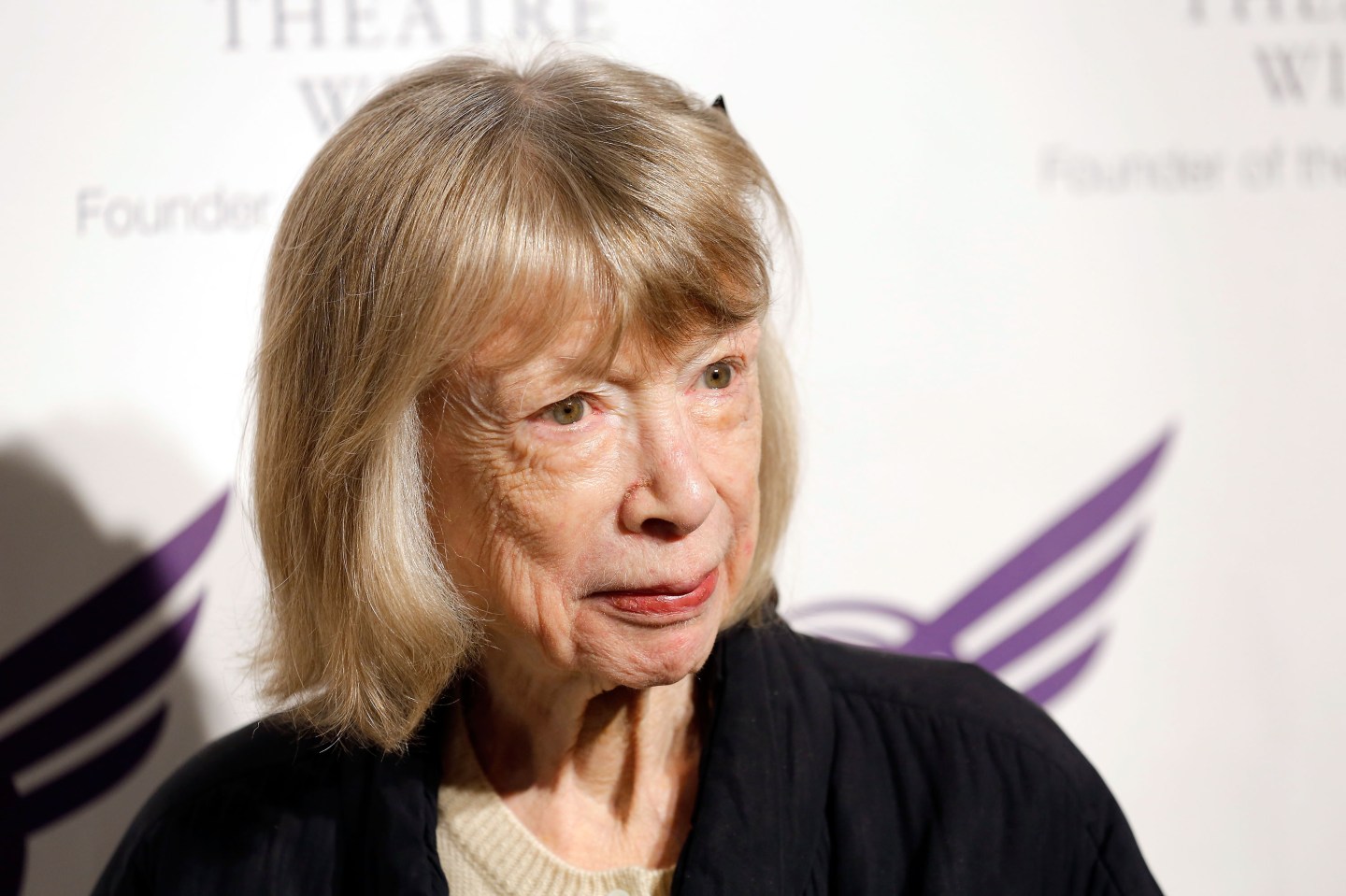 Good morning, Broadsheet readers! Build Back Better is back in negotiations, Ghislaine Maxwell is found guilty, and we remember Joan Didion and Betty White. Have a smooth start to your new year!

– Lasting legacies. If there was one theme in the news the Broadsheet missed during our holiday break, it was a sad one: the loss of female icons of page and screen.

First, in mid-December, Black feminist author and activist bell hooks died at 69. Days later, we lost Eve Babitz, the writer and artist known for chronicling Hollywood in the 1970s and ’80s. On Dec. 23, the legendary novelist, journalist, and screenwriter Joan Didion died at 87. And finally, actor and comedian Betty White died on Dec. 31 at 99, just about two weeks shy of her 100th birthday.

That’s a lot of loss—and a lot of powerful legacies to memorialize. So what do these women have in common?

What strikes me about Didion and White specifically is that both women achieved success early in life but are defined by what they did later in their careers. Didion started as a journalist but reinvented herself as a novelist and screenwriter; she was always glamorous but enjoyed a late-in-life turn as Céline model and fashion icon. To generations of women writers, she was an inspiration—the inspiration—through her world view, her persona, and her prose.

White, for her part, began her career in 1949 but achieved standout success in her fifties and sixties on The Mary Tyler Moore Show and The Golden Girls. She was proof that you can break new ground at any age, setting a Guinness world record for the longest career for a female entertainer, at seven decades, and hosting Saturday Night Live for the first time at 88.

So as you turn on The Golden Girls or pick up Slouching Towards Bethlehem, remember these creatives’ legacies—in their work and beyond.

- Back to BBB. The Biden administration's Build Back Better bill seemed doomed over the holidays, after Sen. Joe Manchin announced he wouldn't back the $1.7 trillion legislation that would support social services like childcare. But Axios reported last night that Manchin is now open to returning to negotiations—if the White House removes the enhanced child tax credit or lowers the income cap for eligible families. Axios

- Found guilty. Last week, Jeffrey Epstein associate Ghislaine Maxwell was convicted on five of the six charges she faced, including sex trafficking; the convictions could put Maxwell in prison for the rest of her life. Epstein victim Virginia Giuffre said she hopes the verdict "is not the end but rather another step in justice being served." Now attention is turning to the case against Prince Andrew as well as to four other women in Epstein's orbit whom U.S. attorneys have named as "potential co-conspirators."

- Super deal. Just before the Broadsheet broke for the holidays, we covered private equity firm Blackstone's emerging strategy of backing female-founded businesses like Bumble and Spanx. The firm added another company to its portfolio days later, buying a majority stake in Supergoop, the sun protection brand founded by Holly Thaggard and led by CEO Amanda Baldwin. Retail Dive

- Deep bench. Looking back at 2021, there's one area in which President Biden saw remarkable success: confirmations of his judicial nominees. The President had 40 nominees confirmed to the federal bench (compared to President Trump's 19 or President Obama's 13 in their first years in office), 75% of whom are women and 65% of whom are people of color. Slate

- Coding controversy. In late December, the board of Black Girls Code suspended its founder and CEO Kimberly Bryant. The board said it is reviewing staff complaints about Bryant's conduct, while Bryant says that she has not "personally done anything unethical, immoral, or illegal as the founder and CEO of Black Girls Code." Speaking to TechCrunch anonymously, five employees said they had mixed feelings about Bryant's leadership of the organization. TechCrunch

- Who's the winner? Jeopardy! contestant Amy Schneider broke a record last week, winning her 21st (and then 22nd) consecutive game—the longest streak ever won by a woman on the show. It's not Schneider's first Jeopardy! record: she was also the first trans person to make it to the Tournament of Champions. Variety

What Becky Hammon's WNBA coaching hire means for the Las Vegas Aces, the league, and her NBA future ESPN

'It's always been a show about growth:' Issa Rae on Insecure's finale Vulture

"There’s also a kind of cultural agreement not to talk about these things because we all have mothers. We’re all like, I don’t want my mother to have been ambivalent."

-Maggie Gyllenhaal, on showing the joy and frustrations of motherhood in her directorial debut The Lost Daughter