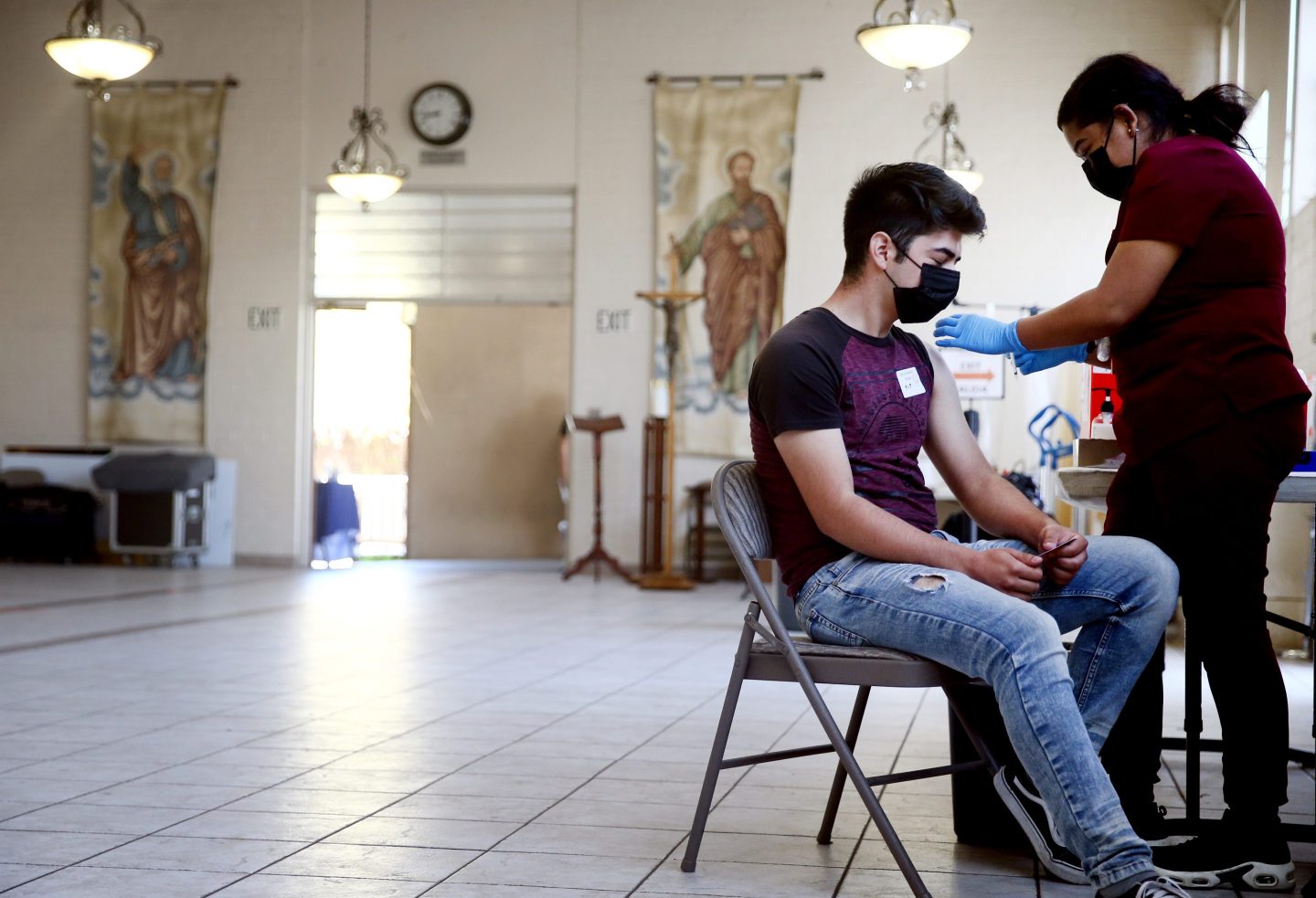 Some citizens have decided to use or abuse the religious exemption to avoid the COVID-19 vaccine that has proved, on medical grounds, to be safe and effective. However, recent studies show an individual’s likelihood of vaccination has less to do with their faith and much more to do with their political beliefs.

From media stories about religion and the COVID-19 vaccine, the public would think that many or most religious people are skeptical about it. That is far from the truth. According to the Pew Research Center, religious Americans vary slightly by faith tradition but overall are just as likely as other citizens to be vaccinated.

Further, far more religious worshippers in the U.S. have said their clergy have encouraged the vaccine than have discouraged it. The latter group is a tiny percentage of religious leaders. But they, and religious followers who reject the vaccine, seem to get all of the attention.

The bigger story is the large number of religious leaders, including the pope, who emphasize the compatibility of faith and science. In the face of COVID-19, that means to recognize the life-protecting impacts of research and medical care. Religious leaders recommend the compassionate action of getting the vaccine—to care for oneself and to love one’s neighbors.

Some clergy have broadcast this message to support getting the vaccine, as well as masking and other public health practices, while others opted for the quieter work of leading by example and through private conversations. This is happening across America and across religious traditions and denominations.

Moreover, religious communities tend to talk about the greater good that goes above and beyond individuals. The common good that we make possible together, as a community, not when we are alone.

But still, it is more prevalent, and perhaps more politically expedient, to portray religious people as being captivated not by reason but by strange apocalyptic visions and conspiracy theories. From a different political perspective, it is convenient to suggest that Christianity in general has a problem with the vaccine, especially the vaccine mandates, in an attempt to magnify public objections to them.

In reality, religious people who object to the vaccine on faith-based grounds are a small minority. A number of impressive and dedicated religious leaders, including the Christians and the Vaccine coalition, have patiently engaged those people of faith who do object, taking seriously the varied theological and spiritual concerns of those who are hesitant about the vaccine.

Still, some people will seek a vaccine exemption on religious grounds. This type of request fits in a long tradition in the U.S., dating back to the First Amendment’s free exercise clause, of creating religiously grounded accommodations in public life and in the workplace. These typically occur when citizens or employees claim that sincerely held beliefs about ultimate questions concerning purpose, life, and death interfere with an otherwise required civic or workplace practice. While the line between a religious belief and a philosophical or political one is often blurred, feeling discomfort or even moral offense toward a public requirement does not necessarily make that objection a religious one.

The accommodation of religious beliefs has always lived in uncomfortable tension with the beliefs and the rights of others. Some of the most heated public debates and legal jurisprudence pit religious beliefs against other fundamental values and rights. Accommodations can be denied in workplaces if employers must take on more than a reasonable effort. They don’t have to allow undue hardship or threats to safety for customers or coworkers.

To be sure, it has never been simple for judges or bosses to determine the sincerity of beliefs. Against this historical backdrop, it’s hardly surprising that we are seeing lawsuits against employers who are mandating the COVID-19 vaccine.

Despite this polarizing public debate, workplaces across the country are carefully and thoughtfully implementing procedures, based on the principles of religious accommodation, to consider requests for a faith-based exemption to their vaccine mandate. This is very local, time-intensive work, with leaders evaluating sincerity of religious (not philosophical or political) belief as well as the burden of making such exceptions to public health in practice. As long as this process does not get further politicized, employers will be able to consider their own context and the people who make up their work community to grant appropriate exemptions.

It is time to stop blaming religion in general or the relatively small number of Americans who sincerely hold religious objections in the debate over COVID-19 vaccines. These objectors can follow the long-held process to request religious accommodation.

For many citizens, the choice of whether or not to get the vaccine has left the realm of public health and science, but this does not mean it has become a matter of faith. Instead, it has become a part of the wider polarization that seems to captivate our politics.

Right now, more than polarization, we need compassion. Medical experts must continue to listen to anxious people and patiently explain what the vaccine does and does not do to keep us safe. The many religious leaders who see research and medicine as life-giving blessings must patiently engage their followers to confront COVID-19 in every way.

As in most matters, religious citizens do not speak in one voice. Let all their voices be heard—their beliefs and their concerns. We have a well-known path for those who seek religious accommodation. Meanwhile, we will all benefit from the multiple religious voices expressing compassion and commitment to the common good.

Douglas A. Hicks is the dean of Oxford College and the William R. Kenan Jr. professor of religion at Emory University.