The next recession: Here’s when the ‘everything bubble’ will burst 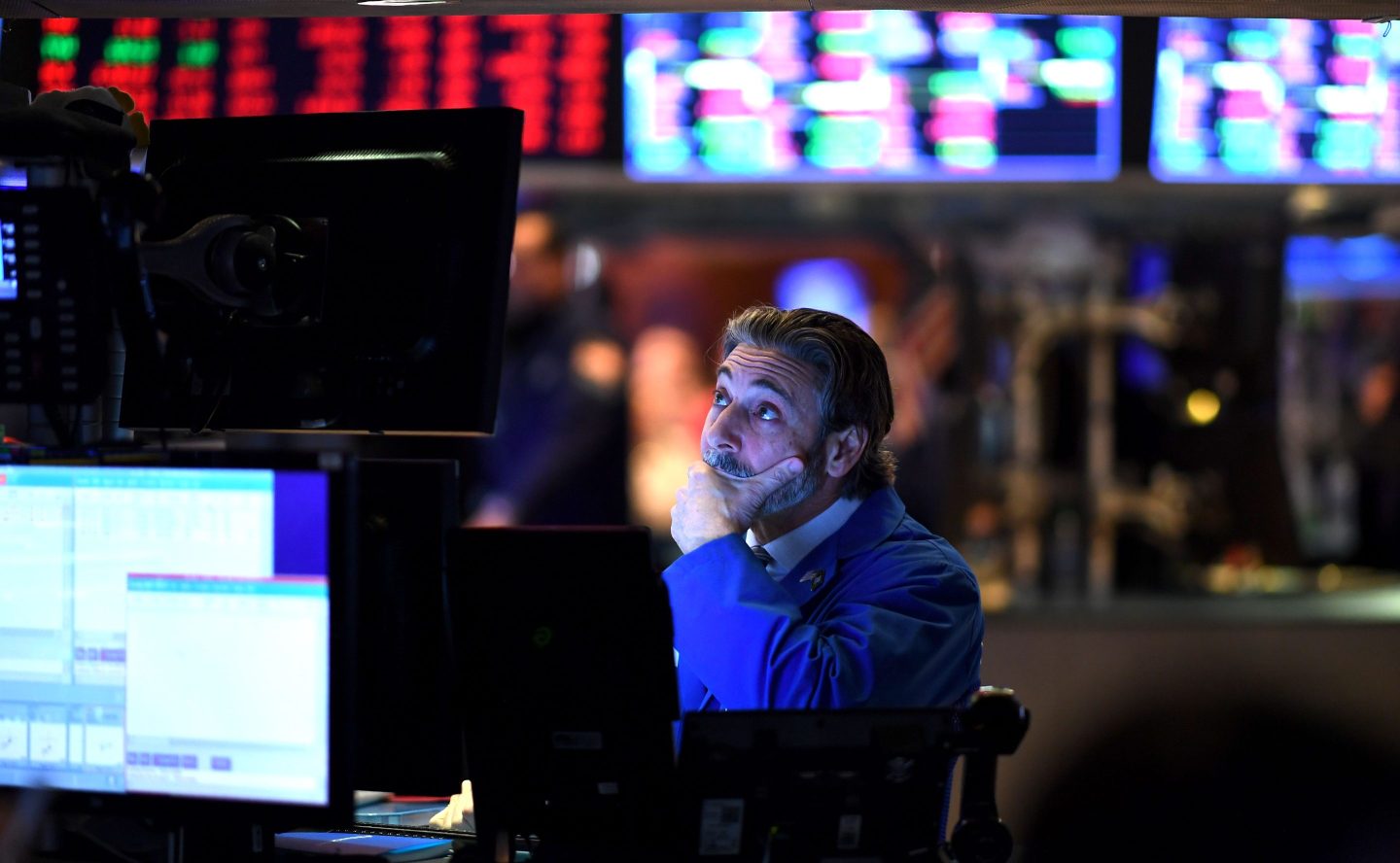 The lockdowns in response to COVID-19 caused an economic downturn in early 2020, but a typical cyclical recession was already looming over the markets.
Johannes Eisele—Getty Images

In October 20XX. That’s not a typo. To reach the best guesstimate of when the next recession will begin, we need to understand how the Federal Reserve creates unsustainable booms and why the next bust may be just around the corner.

A caveat is in order. As physicist Niels Bohr exclaimed, “Prediction is very difficult, especially if it’s about the future.” Nevertheless, I will weigh in fearlessly with my 10 cents. The Fed’s inflationary policies have increased my two cents fivefold. Maybe the next cryptocurrency is on the horizon: My 10 Cents.

If a dog can have a crypto, why can’t a retired finance professor who warned the public that prices were about to accelerate due to the Fed’s inflationary policies in the spring of 1976 have one?

As inflation was galloping throughout his presidency, Jimmy Carter appointed Paul Volcker, a former banker and U.S. Treasury official, in 1979 to halt the multiyear price spiral. Volcker succeeded spectacularly. Consumer prices rose 10.3% in 1981, revealing how inflation momentum can continue for a while before the Fed’s tight money policies slay the inflation dragon. In 1982, prices rose 6.1%, 3.2% in 1983, and (miracle of miracles) only 1.9% in 1986, a year before Volcker stepped down as Fed chairman and was replaced by Alan Greenspan.

To accomplish what was considered at the time improbable due to high inflation expectations, the Volcker-led Fed raised the Fed Funds Rate–the rate banks borrow from each other for overnight loans–to 22% by December 1980. The cost of Volcker’s tight monetary policies necessary to halt the dollar’s slide was back-to-back recessions: a short downturn 1980 and then another one, 1981-1982. A case can be made that one long recession occurred that in effect lasted three years, from January 1980 to November 1982.

One of the best leading indicators of a cyclical downturn is the unemployment rate, which reached a cyclical bottom in May 1979 (5.6%) several months before the 1980 recession and didn’t peak until November 1982 (10.8%). The unemployment rate declined until the next upturn in layoffs began to accelerate in 1990.

When the Fed becomes concerned that the economy is “overheating,” it tends to raise the Fed Funds Rate to cool down price inflation, which occurred prior to the bursting of both the 2000 dotcom bubble and the 2007 housing bubble. The yield curve was virtually inverted at the end of 2019, suggesting that a recession would begin sometime in 2020.  However, the lockdowns in response to COVID-19 caused an economic downturn in early 2020, not a typical cyclical recession.

Now the economy is in another cyclical upswing because the Federal Reserve injected $4 trillion of liquidity to “simulate” the economy. At the most recent meeting of the Federal Open Market Committee (FOMC), it was decided to reduce monthly purchases from $120 billion to $105 billion. In other words, the Fed will continue to have its foot on the monetary pedal even as the inflation rate recently topped 6% year over year. In the past accelerating inflation would set off alarm bells at the Fed to raise interest rates to dampen inflationary pressure and expectations. Currently, the thinking at the Fed is that price inflation is “transitory” and therefore monetary policy does not have to be tightened.

My fearless forecast, therefore, is: Inflation accelerates in 2022. Then, the public outcry over skyrocketing prices and the media reports highlighting how prices are decimating the average family’s purchasing power may cause the Biden administration to impose wage-price controls as President Nixon did in 1971 to take the sting out of inflation before his 1972 reelection campaign. Biden could use an executive order if Congress doesn’t give him statutory authority to impose price controls.

Without price controls, I expect the Fed to raise the Fed Funds Rate, sometime in 2022 and to continue tightening in 2023. Thus, the next recession could begin in the fall of 2023, but no later than a year later. If the recession does not begin on schedule, it only means it has been postponed, not eliminated.

Murray Sabrin, Ph.D, is a retired professor of finance. In 2021, the Board of Trustees awarded Dr. Sabrin Emeritus status for his scholarship and professional contributions during his 35-year career. He is the author of Universal Medical Care: From Conception to End-of-Life: The Case for a Single Payer System; and Navigating the Boom/Bust Cycle: An Entrepreneur’s Survival Guide; Tax Free 2000: The Rebirth of American Liberty; and Why the Federal Reserve Sucks: It Causes, Inflation, Recessions, Bubbles and Enriches the One Percent.