A.I. won’t break your company’s culture—and it might even boost morale 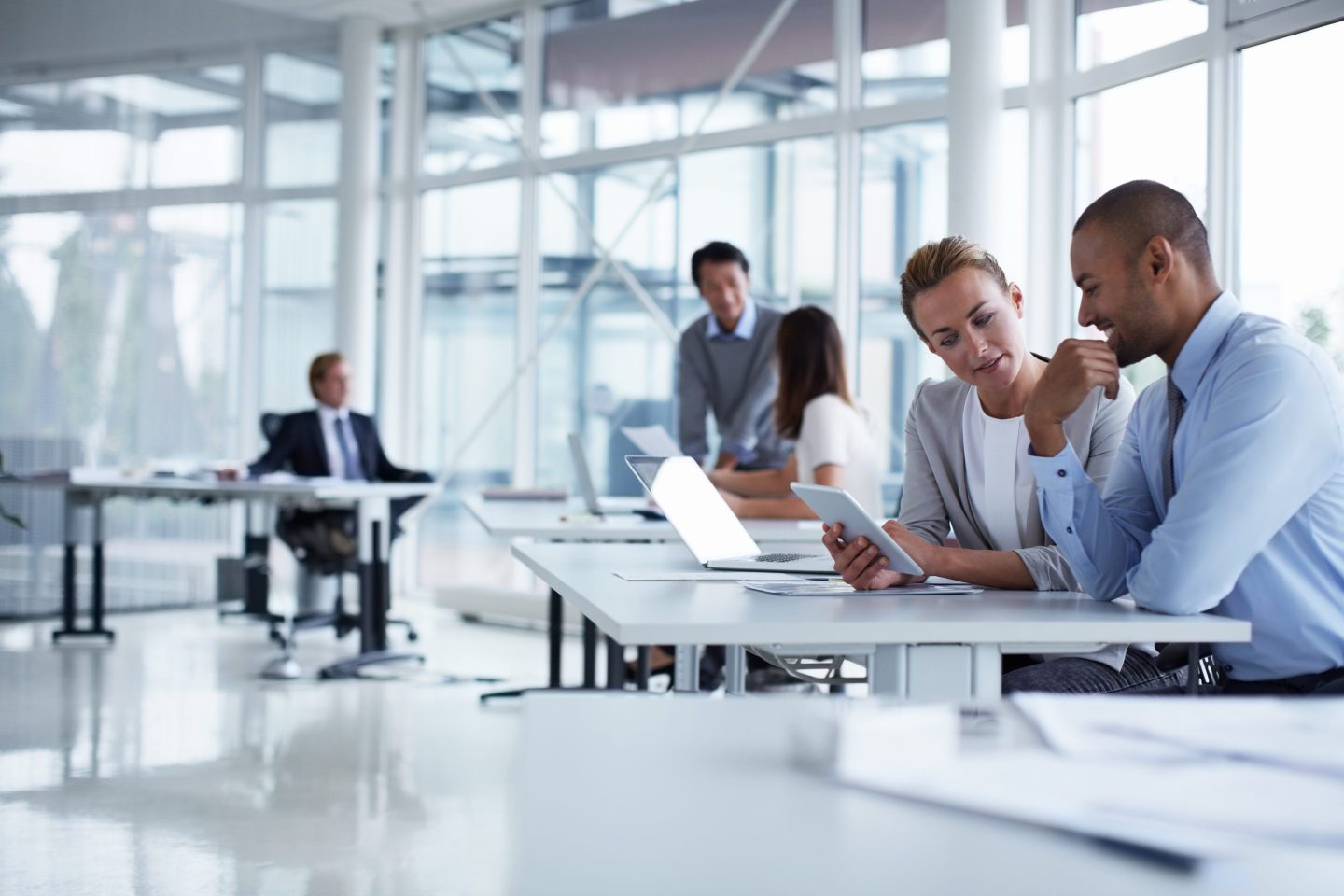 For Pernod Ricard, the $10 billion spirits and wine company whose flagship brands include Absolut, Chivas Regal, Jacob’s Creek, and Malibu, accelerating its digital transformation is a priority. Three years ago, when the French company started using artificial intelligence to drive sales, it braced itself for a revolt by its salespeople. But its fears proved to be unfounded: In fact, the salesforce embraced A.I. because the technology added to, rather than replaced, its experience and knowledge.

Pernod Ricard fostered trust in its algorithms by using business experts to design them, and by gathering extensive feedback from the first users. The company ensured that the reasoning behind the A.I.’s decisions was communicated clearly to employees, and that its recommendations reinforced salespeople’s pitches. Using A.I. has not only improved Pernod Ricard’s performance, helping it optimize its advertising budget allocation and leading to increased revenues per salesperson, surprisingly, it has also changed the company’s culture. “Our people are more confident, have greater clarity [about their roles], and morale is higher,” points out Pierre-Yves Calloc’h, Pernod Ricard’s chief digital officer.

Every CEO worries that culture will make or break their company’s A.I. deployment, but few realize that, conversely, A.I. can also transform organizational culture. When companies use the technology successfully, employees across the organization are able to perform more efficiently and collaborate more effectively. As a result, cultures change, altering employees’ behaviors as well as their goals. The recent 2021 MIT SMR–BCG research report on A.I., based on a global survey of over 2,000 managers, identified—for the first time—a slew of cultural benefits that accrue because of A.I., which we will focus on in this column.

Deploying A.I., according to our study, changes one or more of the four dimensions of organizational culture, viz collective learning, collaboration, morale, and role clarity. In all, 58% of the companies we surveyed reported that the use of A.I. increased team efficiency and decision-making quality. And within that group, as many as 97% noticed an improvement in at least one of the culture-related parameters, while 51% of the sample registered improvements on all four dimensions.

More collective learning. Culture reflects the accumulated learning that one generation of employees passes on to the next. As many as 87% of the teams that improved their efficiency and decision quality by using A.I. also boosted their collective learning, according to the BCG-MIT survey.

In fact, A.I. influences both what teams learn and how learning occurs. For example, when the French B2B distribution company Rexel deployed a Next Best Offer tool that would recommend customized promotions, new salespeople rushed to use it, unlike the veterans. The latter were glad to have the A.I.-based tool, though, albeit for a different reason. New salespeople usually pester the veterans for ideas, but as the tool became better, they stopped doing so. That delighted the veterans, who could focus on their performance instead. Since the veterans were more eager to train the A.I. than to answer newcomers’ questions, Rexel now uses the tool in the field as well as for vendor training. Instead of relying on a few employees’ memories, Rexel’s A.I. captures the current generation’s knowledge and passes it on to the next generation whenever necessary.

Greater collaboration. A.I. done well leads to greater collaboration. According to the BCG-MIT survey, 59% of the respondents who were involved in A.I. projects reported better collaboration, while the number rose to 78% among those who saw improvements in efficiency and decision quality after using A.I. For instance, the airline KLM has started using A.I. to predict which checked-in passengers could miss their flights, sticking red tags on their luggage. That allowed baggage handlers to unload those bags quickly when necessary; pilots didn’t have to delay departures as much; and flight attendants didn’t have to pacify frustrated passengers. A.I. has helped align in real time KLM’s cross-functional teams on the tarmac.

Clearer roles. A.I. helps executives and experts arrive at a new understanding of their roles. For example, pharmacists at U.S. health care company Humana used A.I. to improve their customer interactions. Using software that listened to pharmacists’ conversations with patients, the A.I. picked up emotional cues, and then suggested what pharmacists could do to provide better customer experiences. That helped the pharmacists arrive at a better understanding of how to execute their roles, learning something new about themselves, customers, and handling customer calls. It’s a standard result: Among the executives who reported increases in efficiency and decision quality from A.I., 65% reported greater clarity of roles.

Higher morale. As many as 79% of the survey respondents reported an increase in morale after the deployment of A.I. in their companies. For example, the Swedish fast-fashion retailer H&M Group experimented with A.I. to price products for end-of-season sales. It tested three processes: employee pricing, algorithm pricing, and employee-plus-algorithm pricing, with employees tweaking the algorithm’s decisions. That last combination worked best, and employees welcomed the use of A.I. “Everybody loved it,” recalls Arti Zeighami, former chief data and analytics officer at H&M. “They said, ‘This makes me more precise. It helps me make better decisions. It makes my work more fun.’”

When A.I. helps a team become more effective, they naturally work better, with higher confidence and morale. But the very process of deploying A.I. can serve as almost a therapy for the team. To build and work effectively with A.I., employees have to question their core business principles and processes, asking themselves: What are we trying to achieve, how can we get there, and why is it important? That exercise sheds light on all the critical questions, bringing new levels of team effectiveness, what teams learn and how they learn, and how they work together. As a result, teams that use A.I. become more cohesive and stronger than they used to be.

Unsurprisingly, A.I.’s effects on culture don’t end at the team level; the benefits can extend to the entire organization. Using the technology helps companies explore new ways of creating value rather than merely improve existing processes. Those that do so are 2.7 times more likely to believe that their organization is better prepared to capture opportunities in adjacent industries than the latter.

Some companies use A.I. to reassess their strategic assumptions, using the technology to find performance drivers that they could not identify through experience or intuition. In fact, revising assumptions and measurements of performance is typical of organizations that have adopted A.I.; 64% of the companies that have integrated A.I. into their business processes say that doing so led to changes in performance indicators.

At the same time, adopting A.I. is not a magic carpet to a stronger culture; companies have to ensure that employees benefit tangibly from A.I. solutions before cultures will change. Moreover, the greater the process changes, the greater the improvements in morale: Companies that made many changes in business processes with A.I. were 1.5 times more likely to report an increase in morale compared to those that made no material changes despite adopting A.I. Clearly, the more companies use A.I., the more opportunities there will be for cultural benefit.

Understanding the relationship between A.I. and culture is important because the changes in the latter aren’t just a marginal by-product; the cultural and the financial benefits from A.I. build on each other. According to our survey, companies that obtained substantial financial benefits from A.I. were 10 times more likely to change how they measure success than those who saw no benefits from it. They were also 20% more likely than the average to report that their organizations were better prepared to face competition.

Deploying A.I. at scale may not be easy, but CEOs would do well to remember that doing so will not only deliver financial benefits but also create high-performance cultures. And that’s a claim few other technologies can make.

Some of the companies mentioned in this article are clients of BCG.