NFTs are revolutionizing the music industry too 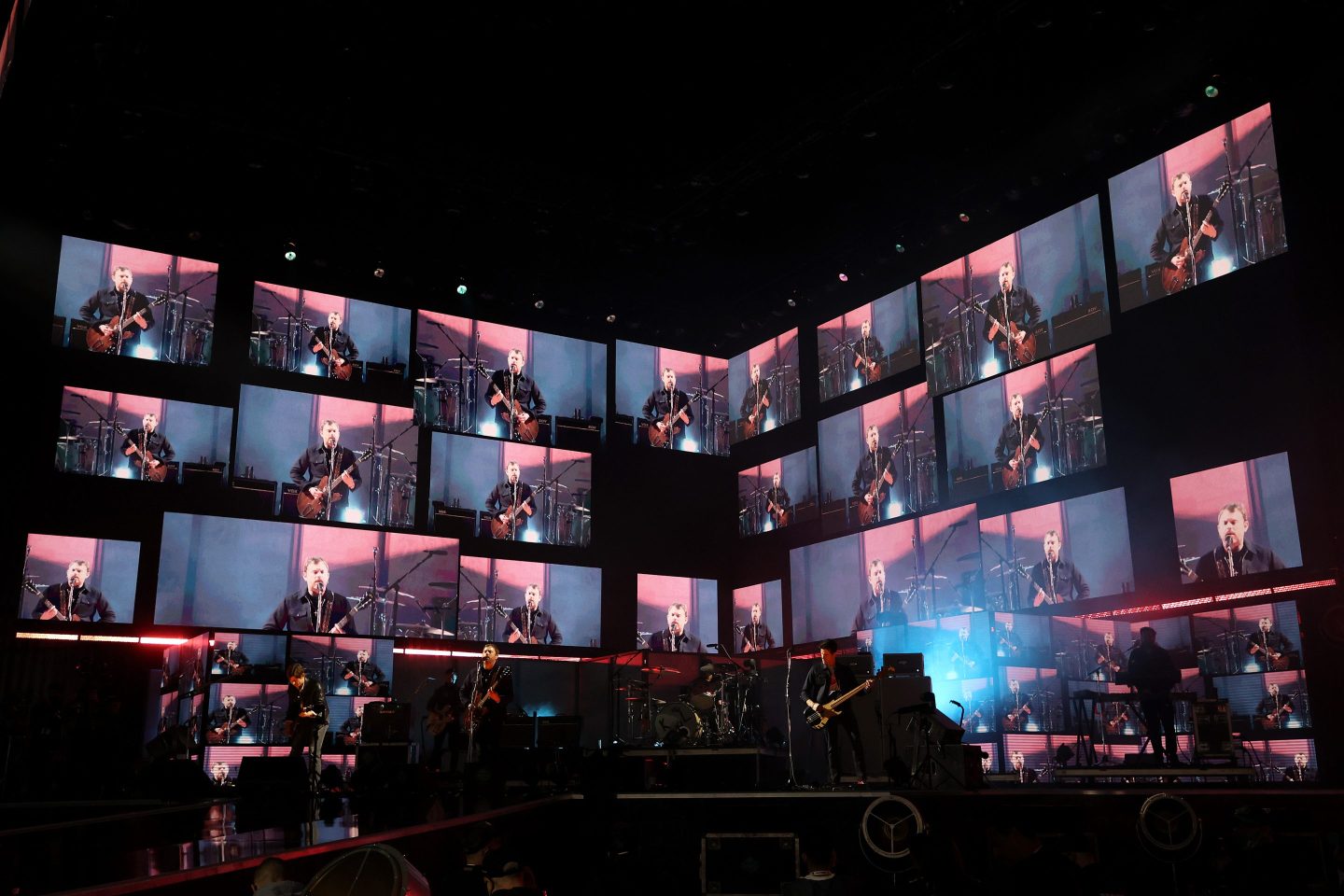 Artists such as Kings of Leon are increasingly turning to NFTs for revenues.
Gregory Shamus—Getty Images

Since the invention of sound recording back in 1877, the music industry has been tightly bound to technology. From the first discs to streaming services like Spotify and Apple Music, from the advent of record altering to the rise of modern electronic sound, technological advancements have shaped how music is made, performed, preserved, distributed, and consumed.

This year, non-fungible tokens (NFTs) took the world of music by storm. The new technology grabbed the attention of dozens of singers and musicians, including young multi-hyphenate artists such as Grimes, and legendary bands such as the Rolling Stones. By selling tokenized versions of their tracks, digital art, or bundles of virtual and real-world merchandise, some of these performers have added millions to their revenues.

NFTs and fan tokens have the power to reform the entire music industry. We are witnessing a profound, lasting change in how artists produce music and engage with their fans.

A song of lost revenues

One of the key features of non-fungible tokens is their uniqueness. There cannot be two identical NFTs. Another feature that makes them appealing to the modern artist is versatility: Via smart contracts, NFTs can be programmed for certain automated actions, excluding the go-between in many scenarios.

Much has been said about the unfair distribution of revenues in the music space. The usual split is 50/50—with 50% going to the performer and the rest shared among agents, lawyers, and distributors. In the case of streaming, the deal gets worse for the artist.

With NFTs, we can let the early figures speak for themselves. “Even if I upload the full version of the contained song to DSPs worldwide (which I can still do), I would never get even close to $10k, after fees by DSPs, label, marketing, etc.,” Linkin Park’s Mike Shinoda, who raised about $11,000 for his first NFT, recently tweeted.

There’s hardly a limit to what can be tokenized. Music tracks, artwork, pieces of text, apps, files, and even real-life objects—such as concert tickets or unique merchandise—can all be accompanied by their own NFTs, enabling artists and content creators to deliver new experiences to their audiences.

An early example was the release of When You See Yourself by Kings of Leon. The album was released as an NFT in March, together with an animated cover and a limited-edition vinyl. Those who bought the bundle for $50 automatically took part in a lottery to win VIP concert seats and other perks.

Emery Kelly, a Hollywood actor and up-and-coming artist, will release his album Some of My Emotions in November along with an NFT collection of digital objects associated with joy, fear, sadness, and other feelings.

The potential of fan funding

Then there’s a trend towards the democratization of the entertainment industry. One of the most vivid manifestations of it is emerging fan-fueled equity crowdfunding. Basically, it’s music investment brought to the masses. Imagine investing in a Kickstarter campaign for your favorite artist but, instead of merchandise or concert tickets, getting a percentage of the revenues in return. Same as with NFTs, it works like a charm for big artists with a multimillion fan base, allowing them to raise funding for songs and albums with just one social media post.

Danny Saucedo, one of Sweden’s most popular artists, has released multiple singles on his own together with his fans in the past two years since he left Sony Music to go independent. All it took was a few posts on Danny’s social media, and, within 48 hours, he raised the same amount he would get from a major label as an advance.

For rising stars and emerging artists, I believe decentralized fan funding platforms provide the best solutions. By providing marketing and tech support for all sizes of artists, they help them mint their first NFTs and create stable demand for their product. Fans, in their turn, get a chance to become cocreators, while supporting their favorite artists in an easy and fun way, thanks to gamification.

There’s high demand for new revenue models and the overall democratization of the industry. Coupled with NFTs and decentralization through blockchain technology, the fan funding model can power a radical change in how music is created, funded, and promoted. This has the potential to help artists gain true independence and bring the age of major labels to a close.

Would you invest in your favorite artist’s songs, knowing that they will get fairly paid and that you’ll get a share, too? Would you like to have a say in what kind of music gets released, so there are more tracks you love out there? The answer is, most likely, “yes.”

Mattias Tengblad is the CEO of Corite, a blockchain-based equity crowdfunding platform connecting musicians and their fans.