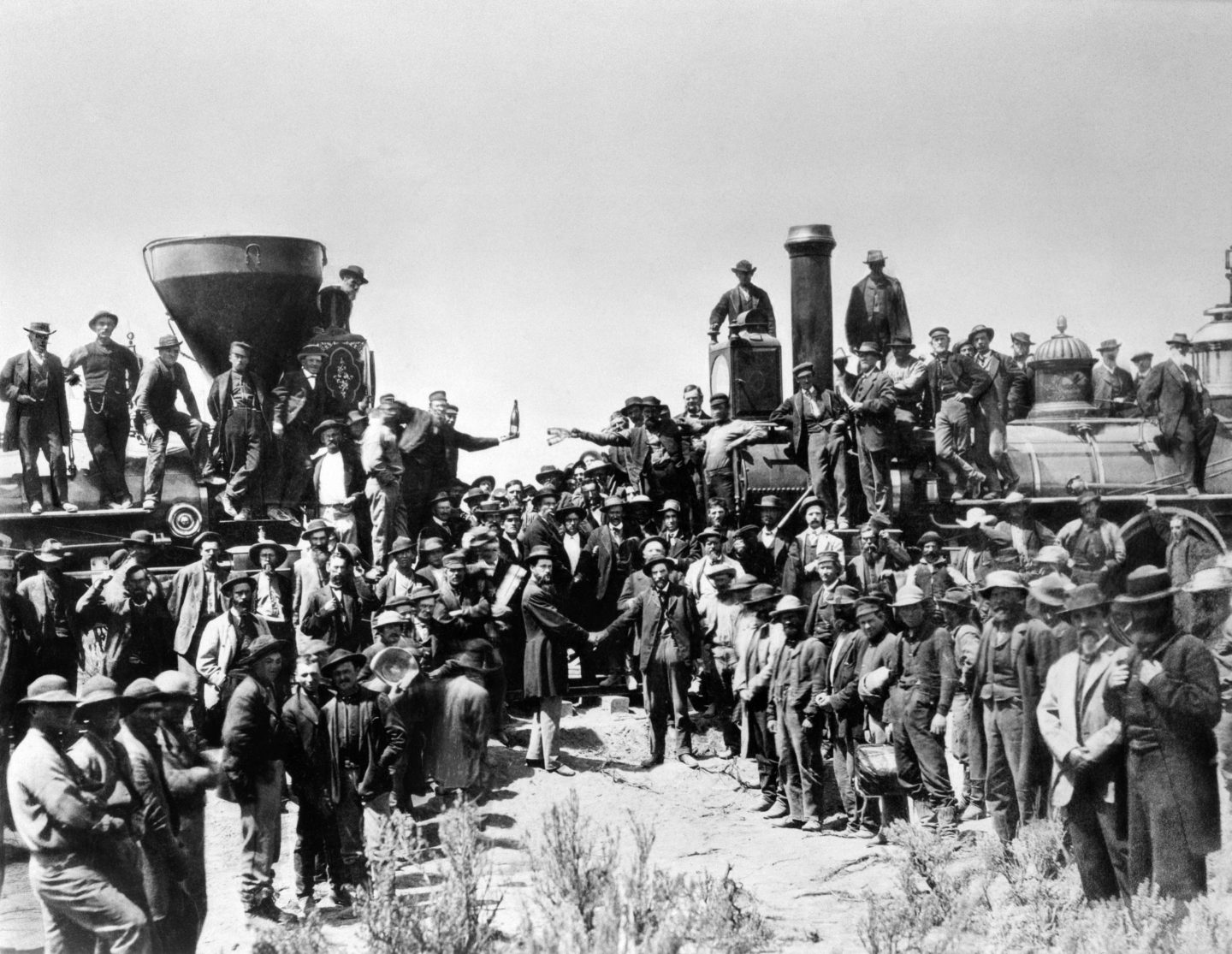 The Transcontinental Railroad and the internet could not have been developed without U.S. government support.
ClassicStock—Getty Images

As the House of Representatives grapples with a $1 trillion bill promoted by President Biden to upgrade the country’s infrastructure, the U.S. market faces its latest government intervention in the economy. Conservatives have long contended that business and the economy do better when the government simply gets out of the way, stops trying to pick winners, and lets the market guide investment.

But it has never been that simple.

In fact, the government has often played a beneficial role in the market, and the lines between the U.S. government and business have always been permeable and blurred. The two have been deeply enmeshed, for better or worse, throughout the country’s history.

America’s government actively intervened during the American Revolution, teaching the art of interchangeable parts and financing the expansion of small manufacturers. After the war, Alexander Hamilton and Tench Coxe led the government’s active promotion of “useful manufactures” and even aided in the theft of secrets from Industrial Revolution pioneers in Britain.

The epochal transportation projects in our early history, including the Erie Canal, which defined its era, and the Transcontinental Railroad, which bound the nation together, would not have been possible without government support. These projects were simply too large to finance with private capital, but they transformed the nation’s private sector business.

Government land sales and grants also boosted business. Abraham Lincoln’s Homestead Acts were a boon to small farmers and helped settle the West. Strategically, they were enacted to help block the spread of slave-based plantations to the newly acquired territories.

Wars and the Cold War, though they brought great tragedy, were also great accelerators of the technology that business would later capitalize on. Innovations from World War II brought vast improvements to flight technology, medicine, and more. Cold War government demand for microchips for missiles and space exploration alone reduced the price of a single chip from $32 in 1961 to $1.25 just 10 years later.

The government’s visible hand in American business continued, and in more recent times led to the birth of the digital era. The creation of the internet itself was funded by the government. The 12 major technologies that make possible the iPhone, including GPS, multi-touch screens, and key aspects of cellular technology emerged directly or indirectly from government-funded research.

Today, the same kind of government support is needed to fend off the challenge from China. We are locked in an economic battle for leadership in critical emerging technologies such as genetic engineering, advanced telecommunications, and supercomputing. China’s government support for basic research has enabled it to quickly catch up to U.S. technology in many of these areas.

The danger is that throughout our history, government involvement has often come with corruption, waste, and dysfunction. The Erie Canal’s success was followed by government-funded canal boondoggles in other states. The Transcontinental Railroad was accompanied by brazen financial scandals. War bred corrupt profiteers.

The government-business partnership has had its ups and downs. In any case, it’s almost impossible to draw a solid line between business and government. They have always managed to entwine themselves.

As he was writing his reports on government debt, banking, and manufacturing, Hamilton lived across the street from both the nation’s first bank president, Thomas Willing, and one of its most notable bond speculators, William Bingham. He was a customer of Willing’s and dined frequently with both. Their influence on his thinking was both overt and inevitable.

We will likely see this all play out again if Biden’s infrastructure bill becomes law. The nation’s infrastructure has fallen into disrepair, so there is much that is necessary and good to be achieved. But vigilance will be needed to thwart waste and corruption.

Thus has it always been.

Richard Vague serves as Pennsylvania Banking and Securities Secretary. Prior to his 2020 appointment, he was managing partner of Gabriel Investments and chair of the Governor’s Woods Foundation, a nonprofit. Previously, he was cofounder, chairman, and CEO of Energy Plus. Vague was also cofounder and CEO of two banks and founder of the economic data service Tychos. His new book is An Illustrated Business History of the United States. The opinions expressed are solely his own and do not represent those of the Commonwealth of Pennsylvania.