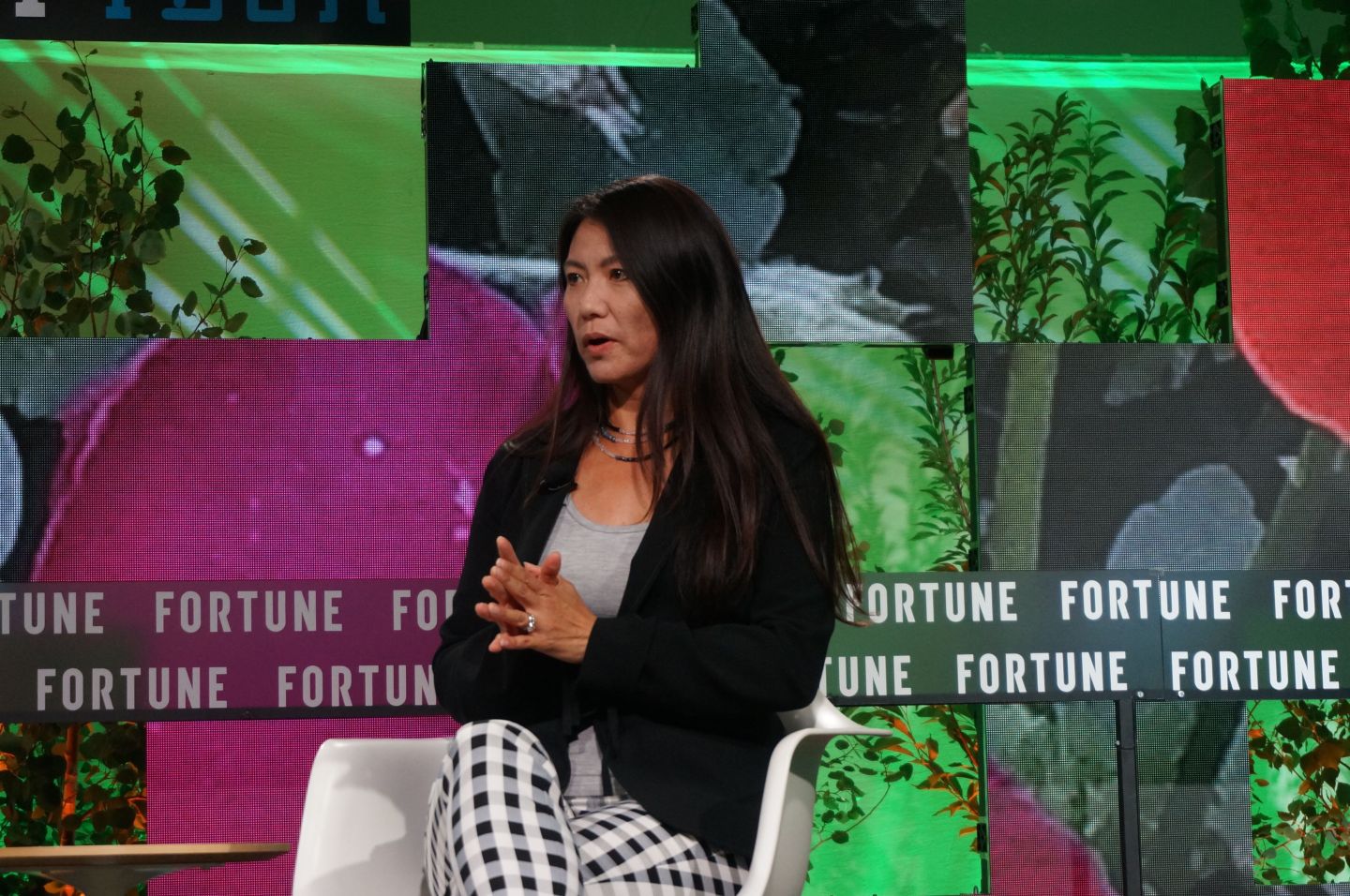 Good morning, Broadsheet readers! The Justice Department sues Texas over its abortion ban, Sen. Amy Klobuchar has a PSA after being treated for breast cancer, and a robotics expert wants to help working parents. Have a good weekend.

– From bots to babies. Yoky Matsuoka is not building another robot—yet.

That was a common guess when peers learned Matsuoka was at work on a new project. (She founded a “neurorobotics” lab at Carnegie Mellon University, so robots are kind of her jam.) But this week, the long-time technologist, whose resume also includes stints at Google’s Nest and Apple, revealed that her latest undertaking is not quite as uber technical as expected—in fact, it’s rather human-centric.

She’s launching Yohana, a personal assistant app aimed at pairing working parents—primarily mothers—with a real person who can book dentist appointments, hire babysitters, and help with other tasks. In addition to being a relatively low-tech project, it’s also a personal one: Matsuoka, a mother of four, says the idea was born out of her own needs. Last June, Matsuoka penned a Medium post titled “My Next Chapter,” in which she explained her decision to leave her last job, as an executive at Google, and to start a new company: “For me, the pandemic made life oscillate out of control—just like it did for millions of other women,” wrote Matsuoka. “And it brought both the problem and a potential solution into focus.”

I can relate. And so can many, many other women.

Certainly, the pandemic has hit women (and particularly women of color) in uneven ways. It has driven millions of us out of the workplace. And many of us who have stayed have still had to deal with disproportionate workloads at home. The fact that this includes big company execs—like Matsuoka—is somehow comforting, but also surprising, and disturbing.

“I had to resign from being on the HP board,” says Matsuoka. “I had to drop something.” According to Matsuoka, when she delivered her news to the chair of the HP board, Levi Strauss CEO Chip Bergh, he responded: “Oh no, another woman casualty [of the pandemic]?”

Yohana is a subscription service that costs $149 per month. (FYI, the company is technically a subsidiary of Panasonic and is fully funded by the Japanese electronics maker.) It’s debuting in Seattle, and is starting out by targeting women like Matsuoka (and me!): Parents who need and can afford the app. But Matsuoka plans to launch more affordable tiers later on. “Over time, we definitely want to help people who can’t afford this [at the current price point] and really need this, like frontline workers,” she says.

There’s one other thing she is planning for the future: A robot. Yes, at some point, Matsuoka wants an artificial intelligence-fueled bot to be part of the solution offered to working parents. “Of course one day there will be a robot,” she tells me. “Of course.”

- Tennis phenoms. Emma Raducanu, who just got the British Vogue treatment, has advanced to the finals of the U.S. Open, where she will face fellow phenom Leylah Fernandez of Canada. The two teenagers were relative no-names to the tennis world before knocking off seasoned pros to advance to the final. Their contest on Saturday is "the most improbable matchup for a Grand Slam final since the modern era of tennis began more than 50 years ago," the New York Times reports.

- Free in France. France will offer free contraception to women through age 25, a policy put in place after a decline in contraceptive use among young women that the French government said was due to cost. The government will now cover all kinds of contraceptives for young adults. Reuters

- Klobuchar's PSA. Sen. Amy Klobuchar said yesterday that she was diagnosed and treated for early-stage breast cancer this year. The senator says that her experience—she was diagnosed through a routine mammogram—should be a reminder not to put off routine health screenings during the pandemic. CNN

- The Roe baby. You may have heard the story of Norma McCorvey, the plaintiff in Roe v. Wade; but did you know, she never had the abortion she sought in the case? McCorvey gave birth to a child she put up for adoption—and that child is now an adult. For the first time, Shelley Lynn Thornton talks about her life—and the secret she carried—as the "Roe baby." The Atlantic

- Degree gap. We know men are trailing women in college enrollment. But how is that playing out in the workforce? Both men and women are more likely to attend college than they were decades ago—women's enrollment has just surged faster. Women may have more degrees, but that doesn't translate to higher wages. And male-dominated fields that don't require a college degree are still better paying than equivalent options in female-dominated industries. New York Times

- First California, then global. The Silenced No More Act will provide protections for workers bound by NDAs who speak out about discrimination, preventing those agreements from being enforced against them. The bill applies to California-based workers, but advocates are working to get the California-headquartered tech giants to apply the standards across their workforces, which would take these protections global. Washington Post