China’s consumers are so over the pandemic 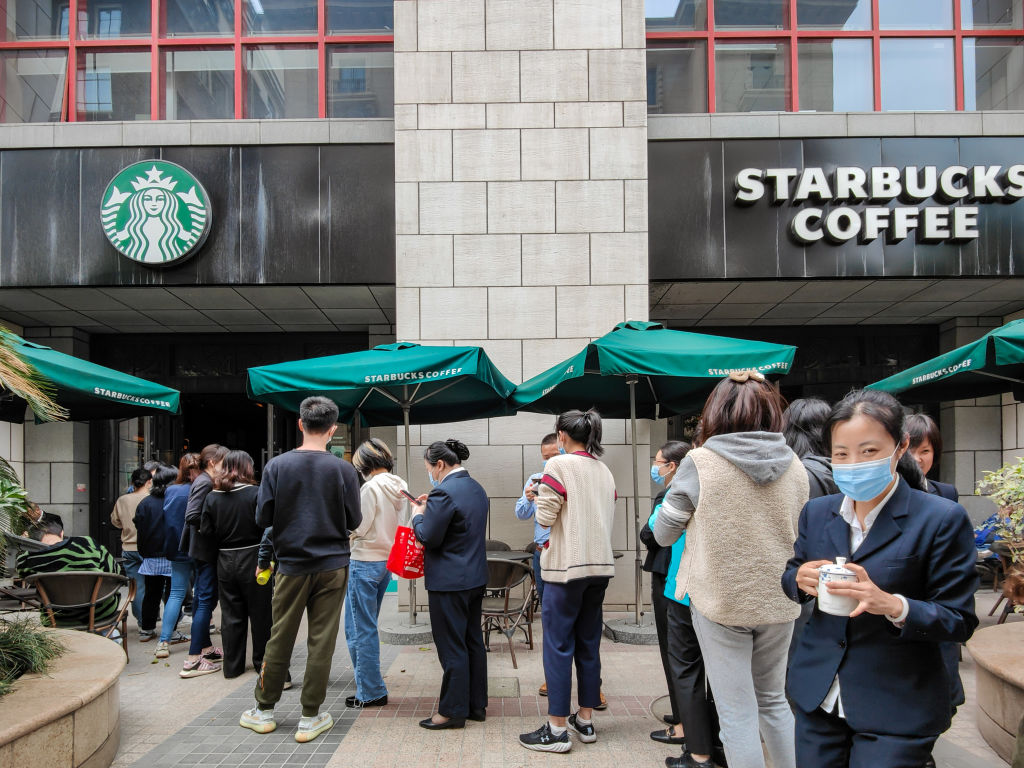 On Saturday, China celebrates International Labor Day. For mainland workers, the first five days of May are public holidays and, if advance bookings are any indication, a record number of them will hit the road.

Outbound travel from China remains all but impossible because of COVID-19 restrictions in other countries. But China’s state-owned Xinhua news agency predicts the number of Chinese embarking on domestic excursions next week will reach 250 million, up from 195 million during the Labor Day holiday in 2019 before the pandemic.

Bloomberg, citing estimates from Trip.com, an online booking service, reports that reservations for domestic air flights, hotels, and rental cars for next week’s holiday have surged 23%, 43%, and 126%, respectively, compared to the same period in 2019. Tickets for the Palace Museum in Beijing are sold out, while those for Shanghai Disneyland are disappearing fast.

The impending travel frenzy is one of many signs that Chinese consumers have shrugged off worries about the coronavirus. A host of global companies are profiting from their eagerness to spend:

In his first speech to Congress since his inauguration, U.S. President Joe Biden on Wednesday won applause for tough references to China as America’s most formidable economic rival, and vowed to protect American workers from Chinese industrial policies and “the theft of American technology and intellectual property.”

For global companies like Apple, Starbucks, Tesla, and LVMH the question is whether such rhetoric might jeopardize access to China’s free-spending consumers who, for better or worse, remain one of the global economy’s most powerful sources of growth.

P.S. On Monday, Fortune launched a new platform, Fortune Education, that’s here to help you prepare for the new world of work. Our team of experienced editors will rank, rate, and recommend the right solutions for you and your career. Check out our new ranking of best online MBA programs, as well as must-reads for anyone considering an MBA. You can explore the whole site here.

India is in the throes of a public health catastrophe—over 300,000 new infections are being recorded each day, hospitals across the country are overflowing with patients, and deaths are reaching record levels. Scientists fear that a ‘double mutant’ strain of COVID-19 may be behind the surge, prompting at least 10 countries to institute flight bans to and from the country. Experts say that flight bans may help stop India’s new variant from spreading and seeding other global outbreaks, but flight bans alone may not be enough. Foreign governments could be donating more supplies to address India’s acute medical supply and vaccine shortages as it battles the new wave. Fortune

On Wednesday, Hong Kong’s legislature, which now lacks an opposition party, passed an immigration bill that includes provisions that could stop people from entering or leaving the city. Activists and lawyers in Hong Kong fear that the bill may be tantamount to an ‘exit-ban’ law that is employed in Mainland China, in which authorities reserve the right to ban local citizens and foreigners from leaving the country if they are involved in legal disputes. The U.S. said it was “deeply concerned” about the law’s powers over local activists and American citizens in the city, while Hong Kong’s Security Bureau said the law would would only bar select people from boarding flights to Hong Kong and not people trying to leave the city. Bloomberg

The European Union alleged in a Wednesday report that China and Russia are systematically attempting to sow distrust in western COVID-19 vaccines via online disinformation campaigns. “Both Russia and China are using state-controlled media, networks of proxy media outlets and social media, including official diplomatic social media accounts, to achieve these goals,” the report said. Chinese and Russian officials denied the accusations, while Russia’s Sputnik V vaccine Twitter account argued that it was battling its own disinformation campaign waged by EU media outlets. Reuters

Jack Ma’s issues with the Chinese government may not be over. On Tuesday, the Wall Street Journal reported that China’s government is investigating how fintech firm Ant Group, an Alibaba affiliate controlled by Alibaba founder Jack Ma, won a speedy approval for a planned November IPO in Shanghai and Hong Kong. The central government’s investigation is now focused on potential impropriety related to Ma’s ties to regulators, officials, and businessmen who would have benefitted from Ant Group’s IPO. Beijing halted the IPO in November and has ordered Ant Group to overhaul its business. Wall Street Journal

Last week, Fortune wrote about Japan’s lagging COVID-19 vaccination campaign and how it trails all other major economies in inoculating its citizens. To date, Japan has given at least one vaccine dose to 1.8% of its citizens, compared to 43% of people in the U.S. receiving at least one dose. With less than three months until Japan hosts the Olympic Games, Prime Minister Yoshihide Suga said Wednesday that he wants to eliminate one of the major roadblocks that's hindering Japan’s campaign—additional vaccine trials. Japan is one of few countries to require all COVID-19 vaccine makers to perform their own safety and efficacy trials in the country before approval. Japanese authorities have approved Pfizer’s vaccine, but approvals for COVID-19 vaccines Moderna and AstraZeneca are pending. “We need to create a special framework for emergencies,” Suga said. Nikkei Asian Review

Tencent – China’s market regulator is preparing to punish social media firm Tencent for anticompetitive practices as part of China’s sweeping antitrust campaign against the country’s tech giants. The market regulator is expected to fine Tencent between $1.5 billion and $2.6 billion for the violations, according to Reuters.

Huawei – On Wednesday, the Chinese tech giant reported a 16.5% drop in first quarter revenues compared to the same period last year. Huawei said that U.S. sanctions have continued to take a toll on the company, and particularly hurt its ability to manufacture and sell smartphones, one of Huawei’s most important products. South China Morning Post

Saudi Aramco – Major Chinese investors are involved in talks to buy a 1% stake, worth a reported $19 billion, in Saudi Arabia’s state-led oil major Saudi Aramco. The report follows Crown Prince Mohammed bin Salman’s Tuesday announcement that he may sell a 1% stake in the firm in the next one to two years. China’s sovereign wealth fund, the China Investment Corporation, is said to be among those involved in a potential deal. Reuters

On Wednesday, the Financial Times reported that China’s population is expected to fall below 1.4 billion people in its upcoming release of census data. The population decline would mark China’s first since famines that occurred during China’s Great Leap Forward campaign of the 1960s. China’s National Bureau of Statistics shot back at the story on Thursday, saying that China’s population is continuing to grow. But the bureau has not released the full report, and its release has been delayed for “more preparation work” since early April. South China Morning Post