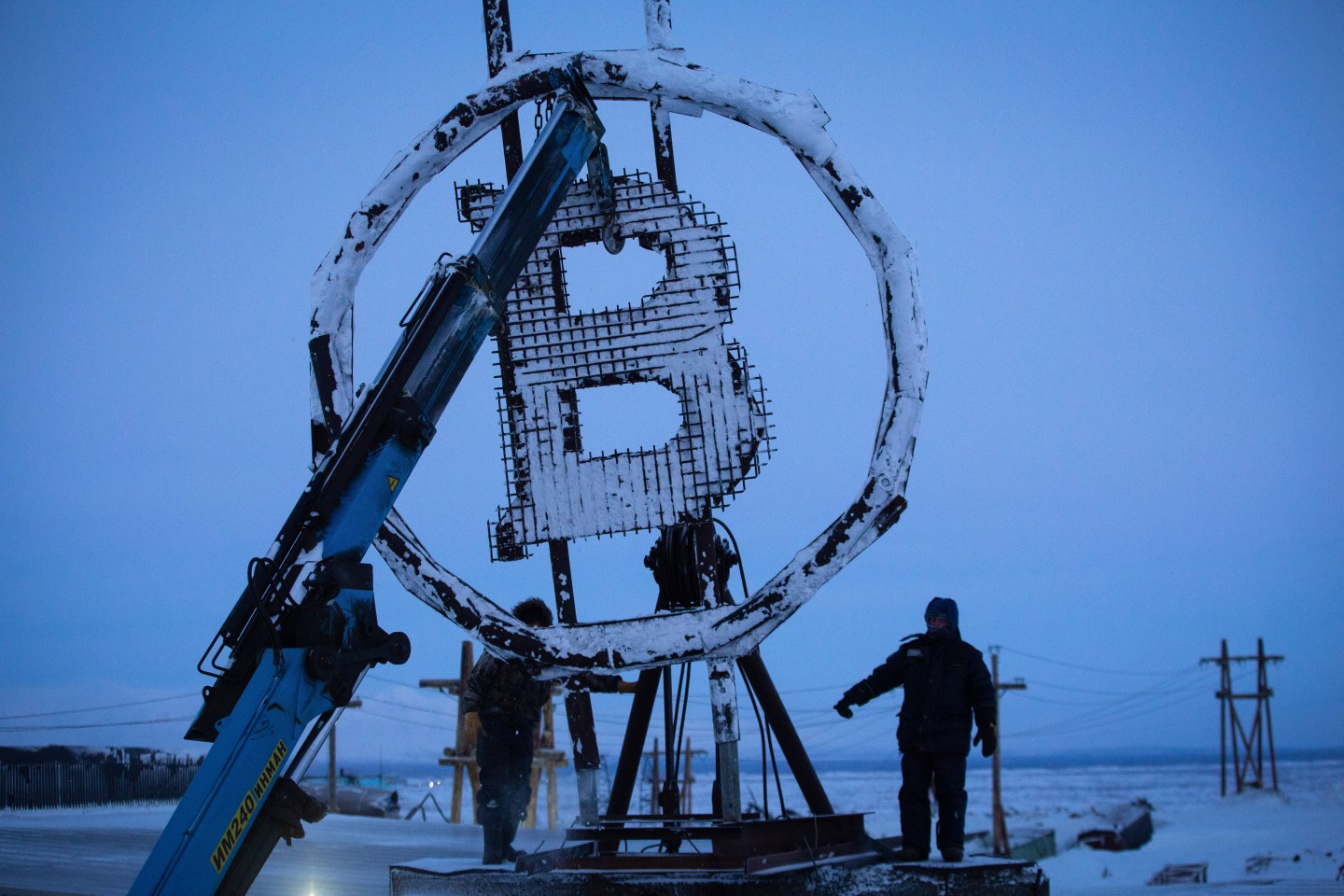 A Bitcoin sculpture is installed outside a cryptocurrency mining farm in Norilsk, Russia, on Dec. 20, 2020.
Andrey Rudakov—Bloomberg/Getty Images

Bitcoin’s recent surge has reawakened old animus in the media. “The trouble with Bitcoin: Why the crypto craze can’t last,” read a recent headline in the Globe and Mail, a Canadian newspaper.

To be sure, Bitcoin can be polarizing. Bitcoin diehards claim the cryptocurrency will soon replace gold, all government-backed money, and credit cards, as well as turn the banking system on its head. Rational exuberance aside, that is unlikely to happen, at least in the short term. On the flip side, media critics often badly mischaracterize Bitcoin as nothing more than a speculative tool, an environmental disaster, a bubble, or worse.

This makes an honest, sober analysis of the facts by an investor almost impossible, which is a shame. As a new asset class, investors must do their homework on Bitcoin and carefully consider the risks before jumping in.

So in that spirit, it’s high time to fact-check a few common Bitcoin misconceptions:

#1: Bitcoin is used only for speculation

This is not accurate. Every day, the Bitcoin network settles approximately $10 billion worth of transactions. Bitcoin’s average of 305,000 daily transactions is not far behind Fedwire, the Federal Reserve’s settlement system for wire transfers between financial institutions, at 550,000 transactions.

Some of these transactions represent investment purchases, and some of those may be for speculation, but many others are for regular use like remittances, especially in the global South. For example, according to the World Economic Forum, 32% of Nigerians own Bitcoin for peer-to-peer payments. In regimes like Russia and Belarus, Bitcoin is sometimes the only way to fund anti-corruption efforts and protests. That’s pretty useful.

Bitcoin “miners” harness vast computing power to secure the Bitcoin network. Those computers use a lot of energy: by some estimates as much as the country of Chile. This has led to charges of energy waste.

Something “wastes” energy only to those who think it serves no useful function. The Bitcoin network secures $1 trillion in value, and serves millions of people, including many without access to traditional payment networks. Miners often colocate to where power is abundant and free, which often means renewable hydroelectric or geothermal sources. Today at least 39% of Bitcoin mining is powered by renewable energy, and that share is growing rapidly. It also takes a lot of energy to run FedEx, TikTok, and the U.S. Department of Defense. Bitcoin’s carbon footprint is undoubtedly a problem that requires a solution. But it doesn’t mean Bitcoin is a bad idea. Rather, that carbon footprint is an implementation challenge to overcome—just as it is for all kinds of useful entities.

#3: Bitcoin is too volatile to be a store of value

While it’s true that Bitcoin is more volatile than, say, government bonds, that’s not inherently bad. In the 1970s, as gold was severed formally from the monetary system, its price was extremely volatile, increasing 10-fold in a decade, before declining 60% and flatlining for decades. Gold was at its most volatile as it was increasing in value. Sometimes the most volatile assets have the best returns, and sometimes they do not. Bitcoin today is in a “price discovery” phase similar to where gold was in the 1970s, where big swings up and down can be common. Still, because of its volatility, Bitcoin may not be suitable for all investors.

It’s true that in Nigeria, Russia, and Belarus, Bitcoin gets the government’s cold shoulder. But in the U.S., Canada, and much of the West, the situation is different. For example, the top U.S. securities regulator taught a course on cryptocurrencies at MIT; the Commodity Futures Trading Commission, which regulates commodity markets, is a global innovator in regulating Bitcoin derivatives; and the U.S. Office of the Comptroller of the Currency recently cleared banks to provide custody services for Bitcoin. Central banks care about financial stability above all else. Nothing would be more destabilizing to the $1 trillion Bitcoin market than some arbitrary and unwarranted crackdown.

#5: Other cryptocurrencies are dilutive to Bitcoin

Since Bitcoin went live in 2009, thousands of new cryptocurrencies have launched with no obvious impact on Bitcoin’s price. This makes sense. When we mine more tin from the earth, do we affect the supply of gold? No, because they are unrelated assets. A related critique is that Bitcoin’s total supply is not fixed, because Bitcoin is divisible into tiny increments. To understand why this is wrong, replace Bitcoin with pizza: If we take a pizza and cut it into a billion pieces, do we have more pizza, less pizza, or the same amount of pizza? We have the same, of course.

Relying on governments to be technology innovators is very optimistic. While it’s true that many central banks have announced CBDC initiatives, few are beyond the proof-of-concept stage. The lone exception is in China, where the government is keen to launch its own digital money to gain greater oversight into spending in the country and extend its reach beyond its borders. That, if anything, is a boost to Bitcoin, as there are many who would prefer to stay out from under the watchful eye of the Communist Party.

Corporate digital currencies (also known as stablecoins) will not threaten Bitcoin, either. In fact, they’ll likely do the opposite. The value of all stablecoins in circulation has skyrocketed 40x since 2017, but Bitcoin continues to thrive, as more users grow comfortable with digital assets.

It’s true that all risk assets have benefited from easy interest-rate policy at the Bank of Canada, the Federal Reserve, and elsewhere. As bond yields have increased and fund flows have moved into more economically sensitive stocks of banks, energy companies, and so forth, some beneficiaries of low rates, including tech-sector high-fliers like Shopify, Zoom, and Peloton, have corrected 30% or more from their pandemic highs. Bitcoin may follow suit at some point, and of course investors would be wise to proceed with caution on any investment whose value has increased over 500% in less than a year, as Bitcoin’s has. That said, it’s worth noting that Bitcoin could benefit from a tightening of monetary policy, if it signals accelerating inflation, because many investors see Bitcoin as a hedge against rising consumer prices.

In my view, Bitcoin is certainly a catalyst of innovation and could become a key player in the future of our global financial system. Money, which has evolved through the millennia from cowrie shells to clay tablets to precious metals, bank notes, and bank balances, is taking another step into the future. Money is becoming digital. Buying Bitcoin could offer a way to get exposure to that future. However, Bitcoin’s success is not guaranteed, and it may not be a suitable investment for everyone. As with any new paradigm, there are risks and uncertainties. To understand Bitcoin, start with the facts.

Alex Tapscott is managing director of the Ninepoint Digital Asset Group (a division of Ninepoint Partners LP) and coauthor of Blockchain Revolution. This article is for information purposes only and should not be relied upon as investment advice.