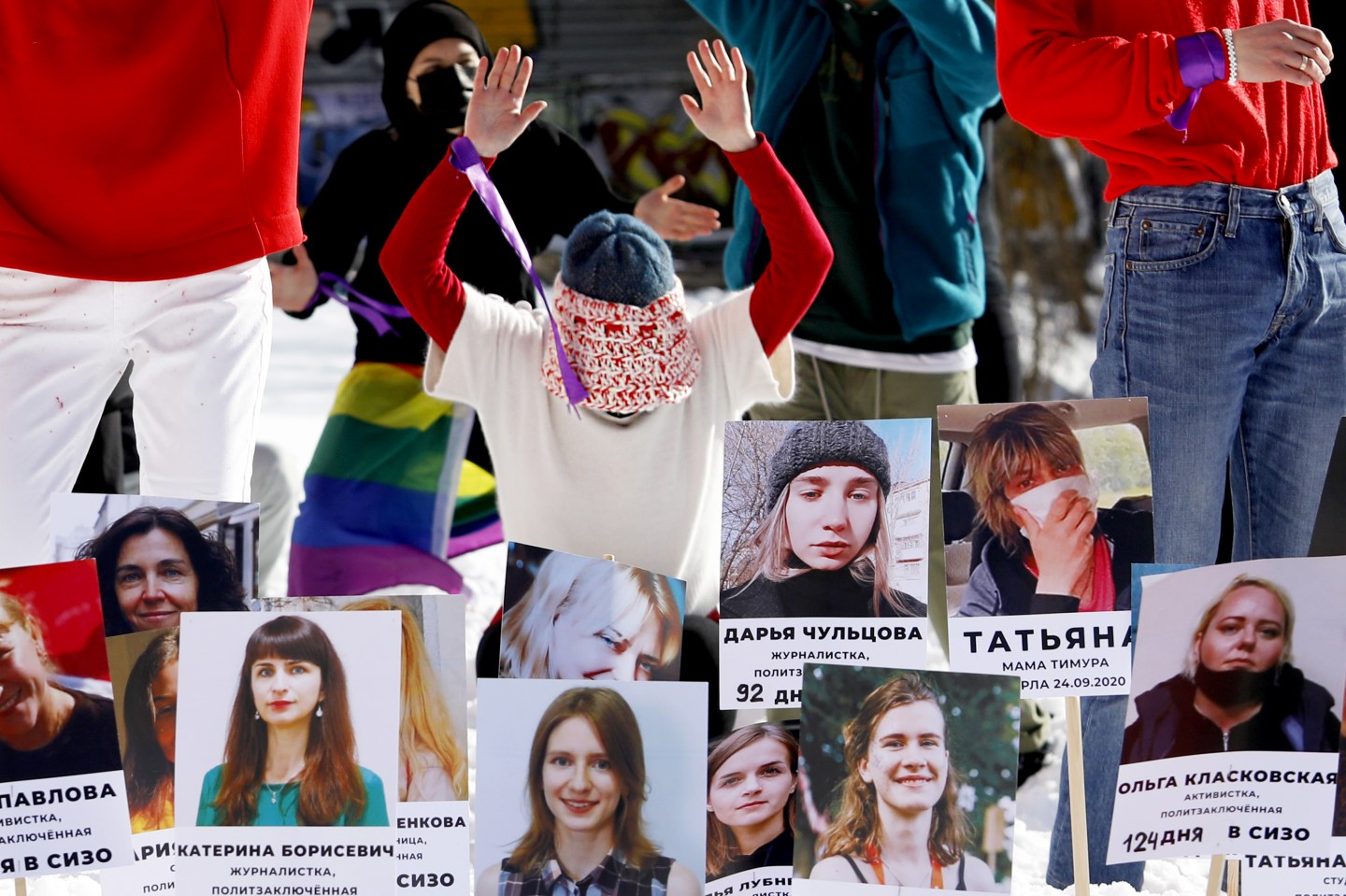 Bitcoin is more than just the hot investment of the moment. It’s poised to become the central player in the future of money itself. Money, which has evolved through the millennia from cowrie shells to clay tablets to precious metals, bank notes, and bank balances, is taking another step into the future. Money is becoming digital.

Governments may be eager to defend the status quo where states and state-based institutions have a monopoly on money printing, and corporations also have their sights set on the reinvention of money. But there are a number of factors that over time will work in Bitcoin’s favor, including:

I plan to explore these reasons in a series of essays for Fortune. In this first one, I focus on how Bitcoin offers freedom from financial repression, surveillance, and deplatforming.

Bitcoin usage in emerging markets is increasing rapidly, albeit from a small base. And while it’s true that Bitcoin can be a better alternative for unbanked peoples who don’t have the means, access, or even the basic proof of identity to open a bank account, it turns out its biggest benefit today for many people is that Bitcoin is censorship-resistant. In other words, government cannot throttle, control or monitor your behavior as they can in the legacy financial world. Consider the following examples from Nigeria, India, Belarus, China, and Russia (collectively home to 3 billion people).

In 2020, protests against the government erupted in Lagos and across Nigeria because of the brutal and illegal actions of a unit in the police force called the Special Anti-Robbery Squad (SARS). Within days, groups supporting the protesters had their bank accounts frozen. With no other option, they turned to Bitcoin, raising funds that sustained the movement.

This was not a flash in the pan where Bitcoin was being used as a last and only resort in the face of financial censorship. Bitcoin usage in Africa is growing rapidly for ordinary day-to-day banking. For example, in Nigeria, daily U.S. dollar peer-to-peer trade consistently clocks in at over $1.5 million USD from a base of zero only a few years ago. Peer-to-peer Bitcoin transactions can be zero-fee, a big break from the much higher fees many in Africa are forced to pay for basic financial services, such as those for remittances, which are on average closer to 9%.

Nigeria’s young, tech-savvy Bitcoin users are the model for how the global south will interact with financial services. The Central Bank of Nigeria (CBN) sees the threat and recently tried to hastily enact a crypto ban, which is now being debated in Nigeria’s Senate. One senator captured the mood, arguing, “The next level is cryptocurrency, and we can’t run away from it. It is CBN’s responsibility to bring Nigerians to the next level, not discouraging it. It is the simplest way of exchange.” While the outcome from the fight in Nigeria is far from over, it is increasingly clear that in the same way Africa leapfrogged landlines and went straight to cell phones, many Africans will leapfrog legacy banks and jump straight to Bitcoin and other digital solutions, even if legacy institutions fight change.

The Nigerian experience is not unique. Alex Gladstein, chief strategy officer for the Human Rights Foundation, has identified a number of other countries, including China, Russia, Belarus, and Myanmar, where the government uses the monetary and banking systems to silence dissidents. In Belarus, citizens flooded the streets of Minsk and other cities to protest the dictator Alexander Lukashenko. One nonprofit fund called BYSOL raised over $2 million in Bitcoin donations in a month to fund the protest movement. Similarly, in Russia, jailed anti-Putin dissident and opposition leader Alexei Navalny got a big boost from Bitcoin donations to his opposition movement, raising $300,000 in January and February of 2021 alone.

Bitcoin, of course, has value beyond protest movements. One area where it is gaining traction is as a replacement for cash. Cash is essential to financial freedom because it allows for anonymous transactions and private, free exchanges of money outside state surveillance. Regrettably, cash is also in terminal decline, and this trend is not new. For decades, credit card payments have chipped away at cash’s role in our economy. The pandemic accelerated that decline as reports (later proved false) that cash was a carrier of COVID-19 caused many merchants to switch to card-only.

In the two largest developing economies, China and India, governments have taken steps to reduce cash in the economy. In China, the government wants to replace many transactions with a central bank digital alternative to keep a closer eye on how people spend money. In India, with a clumsy attempt to limit the role of cash in the informal economy and to crack down on counterfeiting, the government took high-denomination notes out of circulation.

The demise of cash highlights the need for a digital alternative to ensure private, safe payments between individuals. For example, in a China without cash, your access to credit, payments, and savings can simply be switched off if you disagree with the government, a form of financial deplatforming. Unsurprisingly, China has cracked down on Bitcoin. This battle between the most powerful surveillance state ever created and the most powerful stateless money ever created will be worth watching.

So far, our examples have only focused on emerging economies and authoritarian regimes. What can those of us living in free societies and developed countries take away from this? A lot, it turns out. Recent deplatforming by big social media companies of certain groups and individuals (repugnant as they might be) has raised concerns about similar risks in financial services, where banks can limit access to bank accounts, credit cards, and so forth. It has become cliché to say, “It could never happen here.” But would we really stake our liberty on that assumption?

Regardless of your politics, the ability of big technology firms with unelected leaders to silence individuals and groups should be unsettling. Equally troubling is an administrative state imposing draconian rules to limit how we spend and save our money and to suppress free trade. Fortunately, regulators and policymakers in the U.S., Canada, and a few other countries have taken a more enlightened view of Bitcoin. The best solution, perhaps, is one where Bitcoin and other forms of money like the U.S. dollar thrive side by side, performing different and important roles in our economy and our lives.

Alex Tapscott is managing director of Ninepoint Partners, which recently launched the Bitcoin Trust on the TSX (BITC.U/BITC.UN). He is also the coauthor of Blockchain Revolution and cofounder of the Blockchain Research Institute. He owns Bitcoin.