Why schools need to be accountable for overextending student loans 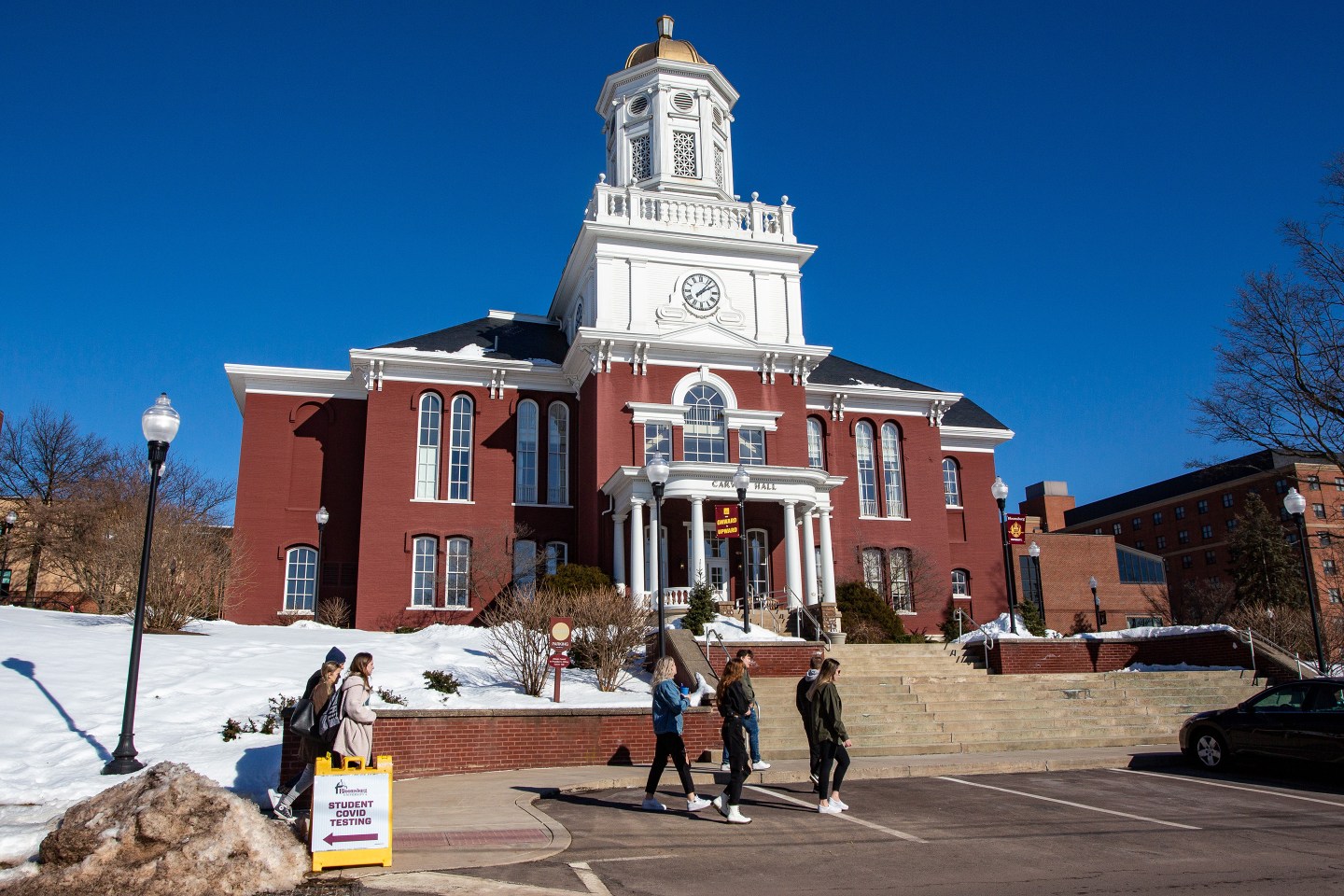 Colleges and universities overpromoting student loans should be responsible for students who default on their debt, writes Scott MacDonald.
Paul Weaver—SOPA Images/LightRocket/Getty Images

Whenever one party assumes the risk and another party receives the benefit, it creates a structural imbalance that encourages bad behavior. This contributed to the global financial crisis in 2008 and is contributing to the increasing burden and rising default rate of student loans in the U.S.

In the financial crisis, mortgage lenders were paid whenever they made a loan without regard to how likely it was that the loan would ever be repaid. Borrowers were often unqualified and unable to make mortgage payments after initial teaser or below-market interest rates were adjusted to market rates. Yet they were still encouraged to borrow money because the mortgage brokers had no liability with regard to future outcomes and collected their fees upfront.

With student debt, the same principle applies. Colleges and universities, especially for-profit schools, arrange for their students to borrow money from the government and private lenders to pay their tuition, which represents income to the school. If the student subsequently defaults on the loan, there is no recourse to the school that did the paperwork and encouraged the student to borrow. The schools keep the money, and the borrowers and lenders retain the liability.

There is an important difference between mortgage debt and student debt, however. With mortgage debt, the loan is secured by the property, and a default results in loss of the house but not a lifelong impairment of one’s life. A student loan cannot be discharged by foreclosure, and unlike any other type of debt including credit card debt, a student loan cannot be discharged by bankruptcy. That loan remains with the borrower until it is paid, along with any accumulated interest. In the case of a government loan, the government can garnish wages, seize assets, and make life miserable for a borrower who misses a payment.

Private for-profit schools are the worst offenders of promoting loans to students less likely to be able to pay them off. About 48% of borrowers who attended private for-profit schools defaulted on their student loans during the first 12 years, compared with 12% for attendees of public colleges and 14% for nonprofit private schools. According to the Education Department, the 15 schools with the highest default rates are all for-profit private schools.

For-profit private schools typically rely on tuition and fees to cover all their operating costs; public universities receive some funding from states; and nonprofit universities often have endowments to help cover expenses. Nonprofit universities are more likely to receive federal grants and research funding to defray costs as well.

The need to cover operating costs and make a profit contributes to the necessity to enroll students, even if they are not qualified or likely to graduate. Student loans make this behavior possible. When a student fails to graduate, their likelihood of defaulting increases significantly because their earning potential lags a college graduate’s considerably. Such students are trapped with high debt but without commensurate future income.

Even nonprofit schools have many students who also default on their loans. While not as dependent on tuition and fees to pay operating costs, all schools need student tuition and fees. They have the same incentive to enroll students and utilize federal loans to enable lower-income students to pay for school. And like their for-profit neighbors, the nonprofit colleges and universities have no liability when their students default and leave the borrower with unsustainable debt and the public taxpayer with the bill.

Any solution to the crisis in student debt must include accountability for the schools that allow these loans to be taken out. The typical student debt is about $30,000, but many students—including many who drop out before graduating—have $5,000 or less in debt. If all universities that provide federal loans retained the first $5,000 of default liability, those schools would be more careful on assessing who is admitted and their likelihood of graduation.

Schools would also be incentivized to make sure student borrowers graduate and are positioned to succeed and have the ability to repay their loans. Those schools that have higher-than-average default rates should have greater liability, perhaps the first $10,000. Retaining $5,000 to $10,000 liability against $30,000 average debt is not much to ask of universities, who benefit greatly from the revenue they receive from these students.

Scott MacDonald is the founder of the MacDonald Scholarship Program. His new book, Education Without Debt: Giving Back and Paying It Forward, was published in January 2021.