Why is women’s health still so under-researched? 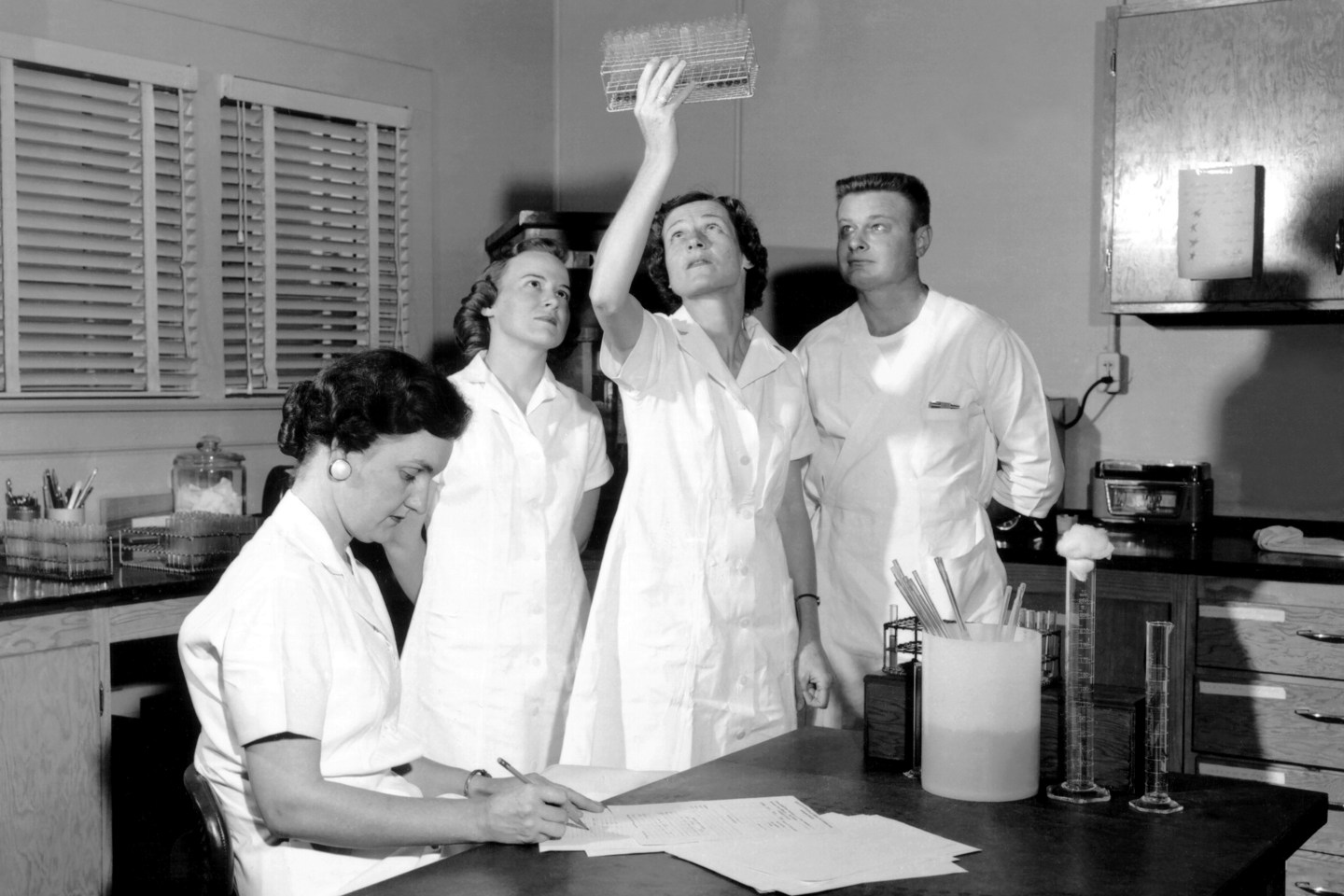 For most of my career, I’ve paid close attention to women’s health research. And I can tell you unequivocally that—even in 2021—there’s still nowhere near enough research when it comes to women’s bodies and health outcomes. This is a major problem, and despite some progress over the years, there’s still much work to be done.

We live in a world where about one in six couples struggle to conceive, and yet we know relatively little about the female-assigned body. To be fair, we weren’t always in such a fertility crisis, so the lack of research wasn’t as pronounced. Before the 2000s, women were more likely to “settle down” and have kids at an earlier age, and infertility issues simply weren’t as common. There was less urgency to research infertility—and far less to research the fertile population. Now that more women are having their first kids in their thirties than in their twenties, there’s an immediate need to understand more about infertility treatments and what can be done in the fertile timeline to get ahead of the problems in the first place.

But the issue here is much deeper than academia and research initiatives failing to keep pace with recent shifts in society. I’m a big believer that in order to solve any problem, we need to understand the foundational issues causing the problem in the first place. Only then can we start to create real change and better outcomes.

So, first and foremost: Why is women’s health so under-researched?

To start, it’s important to understand that the Food and Drug Administration (FDA) excluded females of “child-bearing potential” from clinical trials from 1977 through 1993. This even extended to mice. For 16 years, though, plenty of data was collected on the impact of various drugs and clinical trials on cisgender males.

The cited rationale for this was that female and male bodies were generally the same and that hormonal fluctuations, due to menstrual cycles, would complicate the analysis. That reasoning is not only contradictory but insufficient.

Researchers were also concerned that experimenting on reproductive-age females would hurt their fertility. Looking past this underlying assumption that anyone with ovaries automatically desires having children, it’s a worthy goal to try to spare people any damage to their reproductive health. However, the expense at which it came—neglecting people with ovaries from research altogether—did more harm than help.

But what about the mice? Even when it came to research on rodent subjects, many believed that a female mouse’s estrous cycles (in other words, mice periods) would lead to complications for data analysis.

As with any form of systemic discrimination, this exclusion didn’t end with the change in policy that came in 1993 when the restrictions were finally lifted. Rather, the dismissal of female participation lingered over time—and created the vacuum of data and outcomes that we still face today.

An important point in all of this: The reversal of the FDA policy came about in 1993, largely because of the influence of the Congressional Caucus for Women’s Issues. Representation always matters.

Now, while considering the supposed overcomplicated nature of women’s bodies, think about the last time you said the words “menstruation” or “vagina” aloud. Not a lot, right?

There’s some history here too. There’s a theory that the origin of the word “taboo” derives from a Polynesian word, “tapau,” which was once translated into the word “menstruation.” So for centuries, periods have been perceived as impure, even in the roots of our language. A more recent example: Last year, I was told by a health editor that no one could say the word “vagina” during broadcast interviews on their national news network.

It’s no secret that menstruation is a fact of life for women of child-bearing age for several decades. Going back to the gaps in research and the oft-cited “complications” with female anatomy, it’s quite evident that the “impurity” associated with female periods contributed to an unwillingness to understand how hormonal cycles could or could not have affected clinical trials.

Research is, by nature, methodical, and thus prone to move slowly and precisely. This pace has caused a lack of diversity and inclusion to persist, impacting the research topics that are ultimately pursued (or not pursued).

To be clear, it’s not the female researchers’ jobs to correct for this gender gap. It’s everyone’s problem, but as we routinely see, representation does make a difference. But consider: Becoming a higher-profile, peer-reviewed researcher requires an interest in science, educational opportunities in science, multiple degrees from universities, career acceptance into research fields, investment dollars, and then time to perform said research. This is a very long cycle for meaningfully changing women’s representation in science and research leadership roles.

Latent sexism exists in just about every corner of society, and research is not exempt from that. However, it seems the long-lead nature of academia exasperates this issue, and it will take time and deliberate action to overturn.

Even though these underlying issues have been extremely problematic, I remain optimistic when it comes to righting these wrongs. More women are majoring in STEM fields, and girls are showing more interest in science. At the International Science and Engineering Fair this year, where I served as a member of the National Leadership Council, there was a record high for female participation. And although there certainly could still be more resources, we’re seeing a record number of investments coming to women’s health companies.

So the good news is that we’re seeing more rapid improvements with better foundations in place. Women business leaders, investors, and elected officials are continuing to show up and demand more equity in every facet of society (see: our first-ever female Vice President Kamala Harris’s bill on uterine fibroids, introduced when she was a senator).

I also see the progress in my own experience as CEO and cofounder of a company that’s focused on women’s health. I work alongside far more female researchers, executives, conference speakers, investors, and physicians today than I did a decade ago. So while there is much work to be done to level the research playing field, I know firsthand that people are making big strides to solve these problems every day.

The key to accelerating this change: recognizing the severe lack of women’s health research as everyone’s problem—not just women’s. Fertility is, after all, essential to the very core of our society.