How digital sommelier Vivino is becoming a Netflix for wine 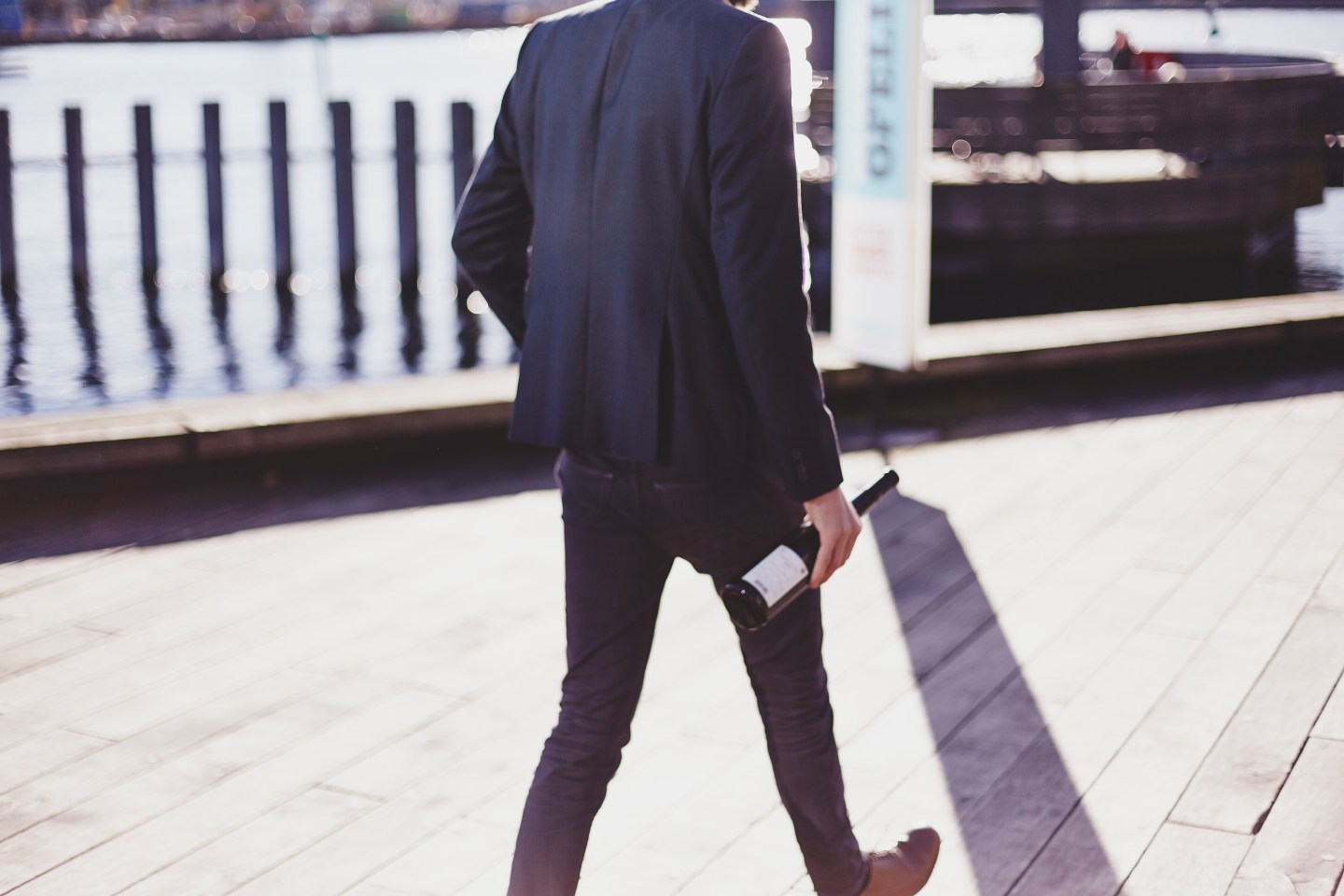 Vivino is utilizing technology to increase wine sales in a way that no other wine e-commerce company is even close to achieving.
Courtesy of Vivino

Buying wine online can be daunting. Unlike a bar or wine shop, where a sommelier will point you toward what you may want to drink from the available options, the Internet seems limitless—and without expert guidance. If it were a designer dress or a stand mixer, you could return it. But wine? Once you open it, there’s no satisfaction guaranteed. It’s not surprising, then, that consumers often feel uncomfortable betting on a bottle.

That’s what inspired founders Heini Zachariassen and Theis Søndergaard to launch Vivino, the largest wine e-commerce platform in the world. What’s exceptional about Vivino is how it has embraced technology to serve as a digital sommelier for consumers, with search, filter, and recommendations that work more like Netflix than your local liquor store’s shop page. Its mobile app allows users to scan any bottle of wine to see reviews, ratings, and pricing. Anyone can leave their tasting notes, and Vivino doesn’t rate critics higher than your occasion wine drinker. You can organize your cellar with the app too.

Zachariassen, who is also the CEO, has grown Vivino to 50 million users and 1.5 billion scanned wines over the course of 11 years. Now he’s making sure it feels like the sommelier in your pocket—and the pandemic was a huge help. As 2020’s stay-at-home orders halted many of us from shopping for wine out on the town, online alcohol sales skyrocketed. Many of those consumers turned to Vivino.

“At first we thought it was just like toilet paper,” Zachariassen says of the spike in sales during the height of the pandemic. “But the funny thing is that it was not a toilet paper scenario. They had changed habits. It’s really hard to get people to change habits, but once you push them over, they will stay there.”

Luckily for Vivino, they did. The company saw a 157% increase, year over year, in wine sales, and watched their numbers of reviews grow too. It excited his team in more ways than the obvious: It helped them gather enough data to launch their newest feature.

Vivino is an online wine retailer and mobile app that boasts 48 million users and a 157% increase year over year for wine sales during the height of the pandemic—and it’s doing it all with user-data-driven technology.
Courtesy of Vivino

Vivino is currently rolling out Netflix-like suggestions for their consumers when they log in, all based on their past purchases, flavor preferences, and favorite varieties as well as the user-generated information on any given wine. (Anyone can adjust a wine’s profile information like tannins, fruit, and residual sugar scales.) The personalization initiative, dubbed Personal Match, which will show users a percent match instead of just the general Vivino rating on a wine, similar to the way the streaming service does for its video content.

Having nearly 200 million ratings and 75 million reviews on wines allows Vivino’s team to design all sorts of machine learning models that feed off the mass amounts of data. It all sounds rather techy, but what it means for the consumer is that the app serves up detailed recommendations and assures skeptical shoppers that they will like the wines they buy.

“It comes down to the fact that our data is unbiased; we do not have a final say over the community even if we wanted to,” explains Søndergaard, who heads product at the company as chief product officer. “We are not in the situation of other wine retailers. They have already purchased the wines to put on the shelves. What they have in stock, they need to move it. If you come in and say you want something like that wine, they have every interest in selling you that wine. We can be more agnostic.”

Vivino is currently working on the last part of the personalization initiative, Personal Match, which will show users a percent match instead of just the general Vivino rating on a wine, similar to the way Netflix does it for video content.
Courtesy of Vivino

For Søndergaard, that’s twofold. For one, Vivino doesn’t own the inventory. When a user purchases a wine through Vivino, they are actually shopping from one of hundreds of wine retailers in the marketplace. That means Vivino can focus on featuring the best wines for any given user.

“At the core, it is very powerful as a consumer that you know you can go to Vivino and the advice you get, the input you get, is really with your interest in mind,” Søndergaard adds.

The team often compares Vivino to the film industry. Just because a romantic comedy is rated highly by the critics doesn’t mean you’ll like it, especially if you don’t enjoy the rom-com genre. They prefer more of a Rotten Tomatoes approach, where users can see the critics’ score and the audience’s rating. Oftentimes, you get a lot of entertainment out of a film rated poorly by the pros, if it happens to be beloved by other at-home movie viewers.

So when you log on and see your Personal Match percentage for a Sonoma County Pinot Noir or a white Burgundy, you can be most confident that it’s actually a great fit for you—it’s designed to ensure you would rate the wine with at least four out of five stars. Søndergaard explains that the feature pulls from the ratings and reviews on the site for the wine but also the previous ratings and reviews by the individual user; the more wines you rate, the more likely you’ll be served up with the best matches. It’s not new technology, but it is one that no one else in the wine industry is harnessing. No one else has enough data for the machine learning model to function correctly.

Even Vivino didn’t have enough data just a few years ago. It’s only in the past two years, and especially with the high volume of sales during the pandemic, did they have a feedback loop—purchases and reviews of those bottles—that was stable enough to enable them to know if their recommendations were hitting the mark. Søndergaard says that the Personal Match feature is now at a 93% confidence level and will only grow as more people utilize the new feature.

It’s all incredibly empowering for the consumer. While some wine drinkers can spar with a professional sommelier any day, the vast majority are just hoping that the $20 they spend on a bottle will provide that much value. Or it’s money literally down the drain.

“All the other methods of shopping for wine, you have to articulate what you like and what you do not like,” Søndergaard says. “We just ask you if you like the wine in front of you or not, if it is one to five stars. You can wrap your head around that. It is not too intimidating or scary. It is just a very simple way of getting to the meat of it.”