Beijing’s quest for chip independence is made in Taiwan 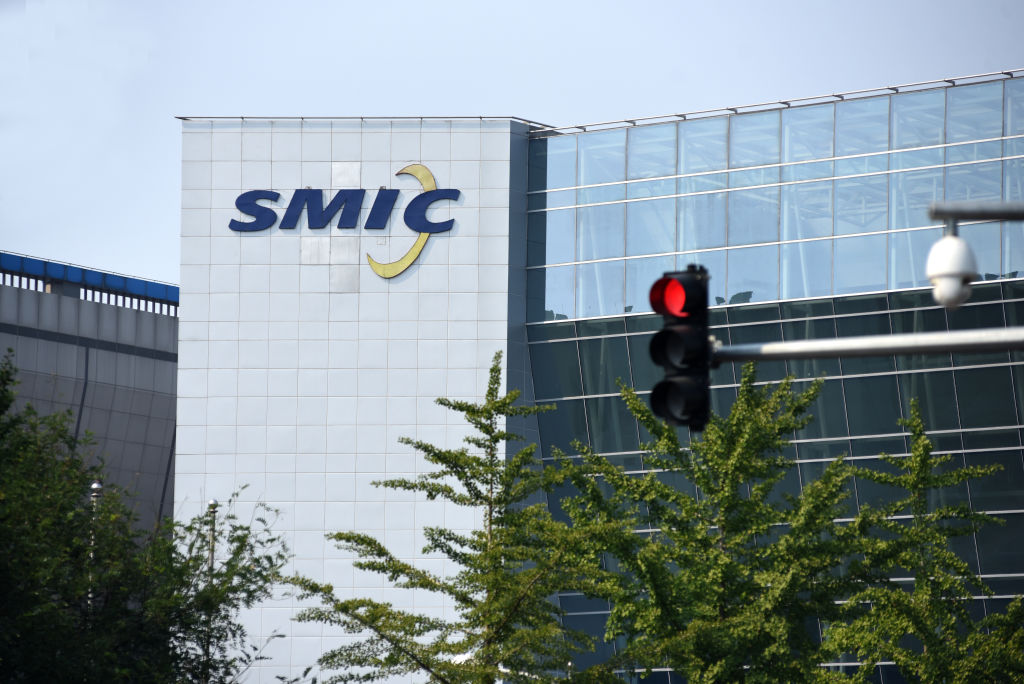 On Monday, we learned that China’s economy roared back to a pre-pandemic growth rate of 6.5% in the final quarter of last year, pushing expansion for the full year to 2.3%. That left China the only major economy in the world to avoid a contraction in 2020—and prompted many economists to move forward their predictions of the year China, now the world’s second-largest economy, will overtake the United States as No. 1. (The new consensus seems to be somewhere between 2028 and 2030.)

But for all that strength, China’s economy remains acutely vulnerable in one very specific way: it is utterly dependent on manufacturers in the U.S. and a handful of key allies for advanced technologies required to produce high-speed semiconductors. China imported $350 billion worth of semiconductors in 2020, an increase of 15% over 2019. As we’ve noted often in this space, China spends far more to import chips than it spends to import oil.

The Trump administration has exploited that weakness ruthlessly in its final year by ratcheting up restrictions on the ability of any company anywhere in the world using U.S. semiconductor technologies to do business with an ever-growing “blacklist” of Chinese firms. Trump’s Commerce Department imposed the latest restrictions just last week, notifying U.S. chipmaker Intel Corp and dozens of other suppliers that it would revoke their permission to sell to Huawei Technologies, the Chinese telecommunications equipment giant. President Joe Biden has signaled he’s unlikely to roll back Trump’s bans on technology sales to China any time soon.

For three decades, Beijing has struggled to break this American chokehold by developing a self-sufficient, world-class semiconductor manufacturing industry—with limited success. In 2014, China announced a plan to spend $150 billion to expand its homegrown semiconductor industry. President Xi Jinping has made semiconductors a centerpiece of his plan to invest $1.4 trillion in the six years to 2025 to build critical high-tech industries, from mobile networks to artificial intelligence. Beijing is expected to dramatically ramp up financial support for the chip industry as part of the 14th five-year plan set to be unveiled in March. Already tens of thousands of Chinese companies are scrambling to qualify for what is expected to be a multi-billion dollar subsidy bonanza. Chinese planners have set a goal of raising the share of domestically-produced chips it consumes to 70% by 2025, up from the current 16%.

And so I was fascinated to read the Financial Times‘ inside account of how Beijing’s national campaign for self-sufficiency is playing out in the nation’s largest—and by all accounts most advanced—chipmaker, Shanghai-based Semiconductor Manufacturing International Corp (SMIC). The story explores a board room battle between its two co-chief executives Liang Mong-song, who joined SMIC in 2017 after a storied career at its international rival Taiwan Semiconductor Manufacturing, and mainland co-chief Zhao Haijun. The drama revolves around Zhao’s decision to recruit Liang’s former boss at TSMC, Chiang Shang-yi, as SMIC’s deputy chairman. Liang threatened to resign, and in a letter to SMIC’s board last month, he blamed Zhao for failing to consult him. It’s a tale with much corporate intrigue; Liang appears to have changed his mind about quitting.

But what’s really remarkable about the FT account is that it highlights the extent to which mainland chipmakers depend on the expertise of semiconductor engineers poached from Taiwan. The story begs the question of whether U.S. efforts to block the sale of technology to China can be sufficient to impede the long-term rise of mainland chipmakers while it is so easy for industry’s most talented engineers to hop across the Taiwan Strait for higher pay.

On Wednesday, Chinese tech mogul and Alibaba founder Jack Ma appeared in public for the first time months. His absence from public life had sparked concerns that Beijing was punishing him for speaking out against Chinese regulators and the country’s financial system. In November, Chinese regulators blocked a blockbuster IPO of Alibaba’s fintech subsidiary, Ant Group, and China is currently engaged in further efforts to rein in the power of Big Tech. Alibaba’s stock price shot up on Wednesday after Ma’s appearance, as investors breathed a $58 billion sigh of relief. Fortune

China took a parting shot at former U.S. President Donald Trump’s administration on its way out the door, sanctioning former Secretary of State Mike Pompeo and 27 other Trump officials, barring them from ever entering China. In his last days in office, Pompeo accused China of engaging in genocide and crimes against humanity against its minority Uighur Muslim population. A spokesperson for President Joe Biden’s National Security Council called China’s sanctions “unproductive” and “cynical.” Fortune

In 2020, Trump's signature trade deal with China came up about 40% short, according to new Chinese trade data. In January 2021, China pledged to import $172 billion worth of goods as part of the agreement to de-escalate the years-long trade war between the two powers. But China only imported 58% of the goods it needed to meet the conditions of the deal. Biden and his team, meanwhile, have pledged to maintain a hardline stance regarding the U.S.'s trade relationship with China. Bloomberg

Chinese state media is attempting to sow doubts about the vaccine developed by German biotech firm BioNTech, even as BioNTech's partner in China appears set to roll it out. Experts say the media's claims, which regard the vaccine’s safety and effectiveness, reflect an apparent attempt to discredit Western vaccine makers and promote Chinese ones. Chinese vaccine makers like Sinopharm and Sinovac, meanwhile, have been criticized for not being transparent about trial data. Fortune

The U.S. Department of Justice (DOJ) alleged last month that Julien Jin, a former China-based Zoom executive, surveilled and disrupted certain Zoom users at the behest of Chinese state security. The DOJ’s complaint says that Chinese security forces asked him to monitor and hand over information about users who might have been engaged in the Hong Kong protests or discussing topics like the Tiananmen Square massacre. Zoom says it caught Jin trying to circumvent internal networks and access information on U.S.-based servers and fired him. The incident raises questions about the pressure Beijing can apply to China-based employees in multinational organizations. Financial Times

Over the past few years, Chinese consumers have grown more weary of the power of the country’s domestic tech giants, signaling that there is at least some popular support for the government’s recent crackdown on the power of Big Tech. Increasingly, Chinese consumers are calling out major companies for behaviors like price discrimination, the mistreatment of workers, and exacerbating wealth inequality in China. Fortune

Perhaps no country in the world has managed to do more with less in fighting the COVID-19 pandemic than Vietnam. With limited resources and health infrastructure, the country has managed to contain COVID-19 and limit the virus’ death count to 35 people via sophisticated contact tracing systems, localized lockdowns, and universal mask wearing. Vietnam’s COVID-19 containment efforts have also been great for business. The country’s manufacturing and trade sectors are now booming as Vietnamese citizens lead relatively normal lives and as lockdowns force factories to close in neighboring countries. In total, the country’s economy grew by 2.9% in 2020, one of the fastest growth rates in the world. Nikkei Asian Review

Reliance Retail – On Wednesday, Indian regulators granted approval to Reliance Retail, the retail arm of Reliance Industries, for its $3.4 billion purchase of Future Group, an Indian retail and fashion giant. The deal is a setback for Amazon, which had asked India’s government to block the deal after claiming its previous partnership with Future barred the company from selling its assets. Tech Crunch

Luckin – The embattled coffee chain, which was delisted from Nasdaq in June amid a fraud scandal, announced plans on Monday to mount a comeback, saying it would move forward with plans to franchise new stores across China. Caixin Global

China’s economy grew 2.3% in 2020, making it the world’s only major economy to report positive growth in the pandemic-inflicted year. China’s economic growth was buoyed via government infrastructure spending and exports of technology and medical products. Consumer spending, meanwhile, is still lagging behind other economic indicators, signaling that the economy still has its weak spots. China’s economic resilience now puts it on a path to surpass the U.S.’s economy as early as 2028, according to Nomura, two years earlier than previous projections. Fortune