2021 is here. Will working women recover this year? 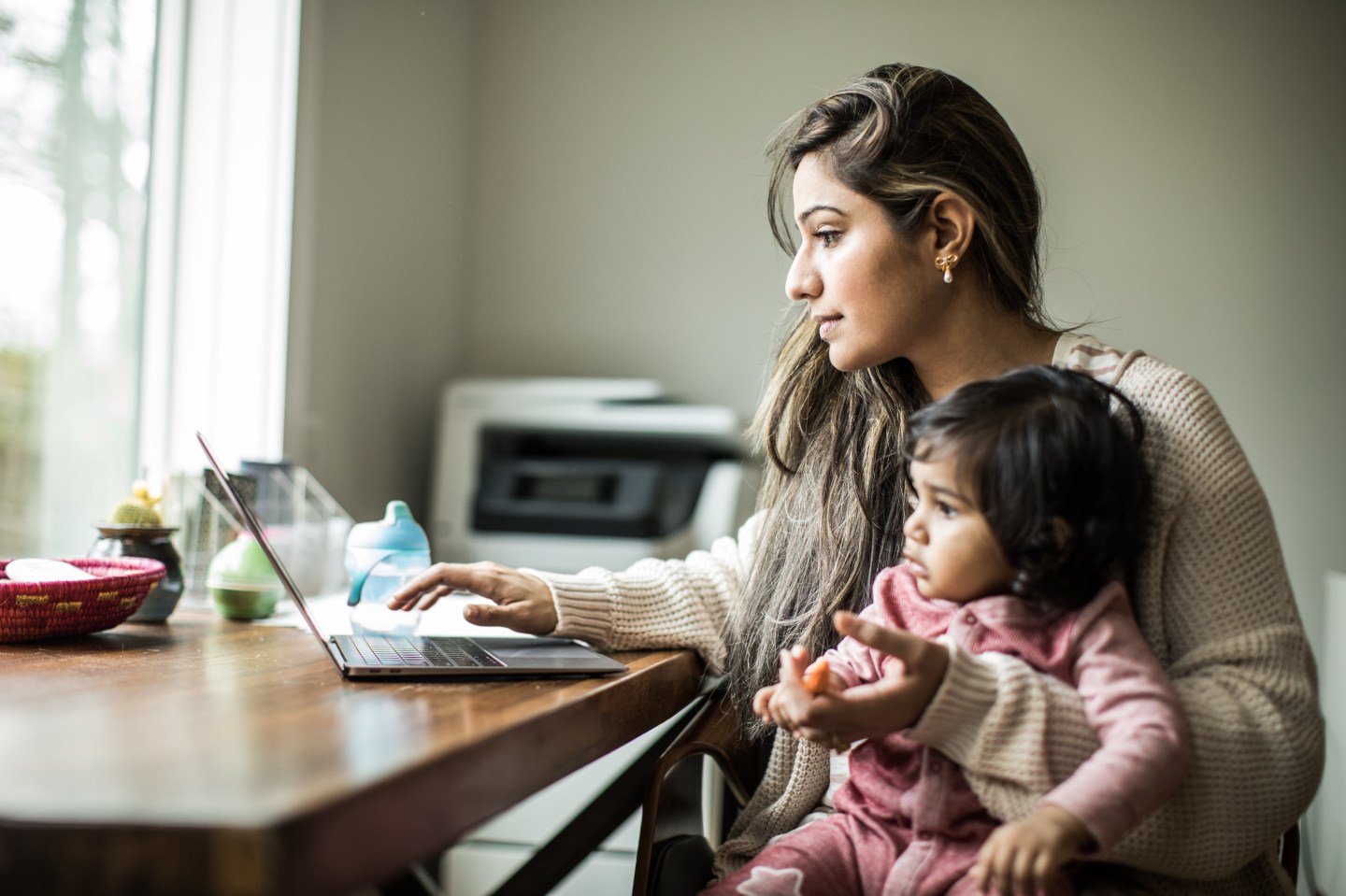 2020 devastated working women. Will they recover in 2021?
Getty Images

Good morning, Broadsheet readers! The 117th Congress is sworn in with Nancy Pelosi at the top, Argentina legalizes abortion, and we ask: do working women stand a chance of recovery in 2021? Go get your Monday.

– New year’s resolutions. Before the Broadsheet broke for our holiday vacation, we had a big question: what lies ahead for working women in 2021?

2020 was a year that devastated the female workforce like no other, with 2.2 million women forced out of their jobs in the U.S. due to uneven economic crises and unprecedented caregiving burdens.

Well, now 2021 has arrived. Do women stand a chance of recovering?

To answer that question, we turned to six experts to offer their predictions. Each had a unique outlook—some more optimistic than others—from their particular perch working in this space.

Melinda Gates, who has become a vocal advocate for the need to solve the United States’ caregiving crisis, called for policy to address these urgent issues, with a pair of predictions dependent on which way lawmakers go: “If we ignore these needs, it’ll deepen the recession and slow recovery for everyone. If we recognize that caregiving is infrastructure and invest in it accordingly, women may just save our economy.”

C. Nicole Mason, president and CEO of the Institute for Women’s Policy Research, warns that economic recovery for women won’t be swift in 2021.

Jasmine Tucker, director of research for the National Women’s Law Center, spends part of her time crunching the nation’s labor force numbers. With that vantage point, Tucker offers an even tougher reality check: “There are two people looking for work for every job opening—so employers are going to be choosy about who they’re hiring. I hate to think that this is true, but we’ve seen it over and over: Employers are racist and sexist and ageist. They’re not going to hire the women of color, or they’re going to hire them for the lower-paying job. Older women might not come back to the labor force at all.”

Rachel Thomas, cofounder and CEO of LeanIn.org, has figured out one way remote work could hurt women: by “creating two classes of employees.” “Those that don’t have a lot of caregiving responsibilities and will get lots of face time with managers, and those who do have caregiving responsibilities—predominantly women—who may end up paying for working remotely with fewer opportunities, less face time with senior leaders, and fewer chances to advance,” she warns.

Read more experts’ outlooks on 2021 here. These predictions may not be rosy, but they’re critical to keep in mind as companies and policymakers determine the next phase of economic recovery—and whether or not we leave women behind this year.

- Fashion forward. Rent the Runway CEO Jenn Hyman spoke to Fortune's Michal Lev-Ram about what the new year holds for her clothing rental company, which implemented dramatic cuts and retail store closures when its business was upended by the coronavirus pandemic in 2020. Hyman believes the "back half of 2021 is going to be the best moment in time for the fashion industry that I've seen in my career." Fortune

- Back to work. The 117th Congress was sworn in yesterday, reelecting Nancy Pelosi as House speaker. California Secretary of State Alex Padilla was chosen to step into Vice President-elect Kamala Harris's former Senate seat, soon leaving zero Black women in the Senate. Representatives began their terms two days ahead of Tuesday's Senate runoffs in Georgia, which will decide which party controls the Senate and whether GOP Sen. Kelly Loeffler returns to Washington.

- History in Argentina. Argentina at the end of December became the third and the largest Latin American country to legalize abortion, after a 38-29 vote in its senate. Pro-choice activists, who had fought for the milestone for years, celebrated their victory. Guardian

- Lights, camera, action. In 2020, women directed more Hollywood films than in any other year—but are still nowhere near parity in the industry. Of the 100 highest-grossing movies, women were in the director's chair on 16% of them, up from 12% in 2019. Women still lag behind in other behind-the-scenes roles, including editors (18%), writers (12%), and cinematographers (3%). Variety

- Slam dunk. Women in sports had a busy few weeks. Owner Jeanie Buss is writing the Lakers' next chapter after a difficult few years; the team's championship in October was the first time a female NBA owner had won the honor. Also in the NBA, Becky Hammon became the first woman to serve as head coach during a game after taking over mid-matchup for her boss on the San Antonio Spurs. The Red Sox are set to hire Bianca Smith as a minor league coach, making her the first Black woman coach in professional baseball. Elite marathoner Sara Hall ran the second-fastest marathon ever for an American woman, just after she fell short of qualifying for the Olympics, providing a lesson in resilience.

- Say her name. Susan Moore, a family physician, died from complications due to COVID-19 after being sent home from the hospital. Before that, from her hospital bed, she recorded a video where she outlined her experience with medical racism—even as a doctor herself. This piece places Moore's death in the category usually reserved for Black women who die by police violence, with the headline: "Say her name: Dr. Susan Moore." Washington Post

- Two sentences. Saudi women's rights activist Loujain al-Hathloul was sentenced to almost six years in jail for "spying with foreign parties and conspiring against the kingdom." Her sentence was backdated, so she has three months left to serve—but was still found guilty and labeled a terrorist. In China, journalist Zhang Zhan, who documented the initial coronavirus outbreak in Wuhan, was sentenced to four years in jail for what her lawyer called "picking quarrels and provoking trouble."

"Everybody thinks of themselves as a good person—so what happens when someone comes along and shows you that you’re not?"