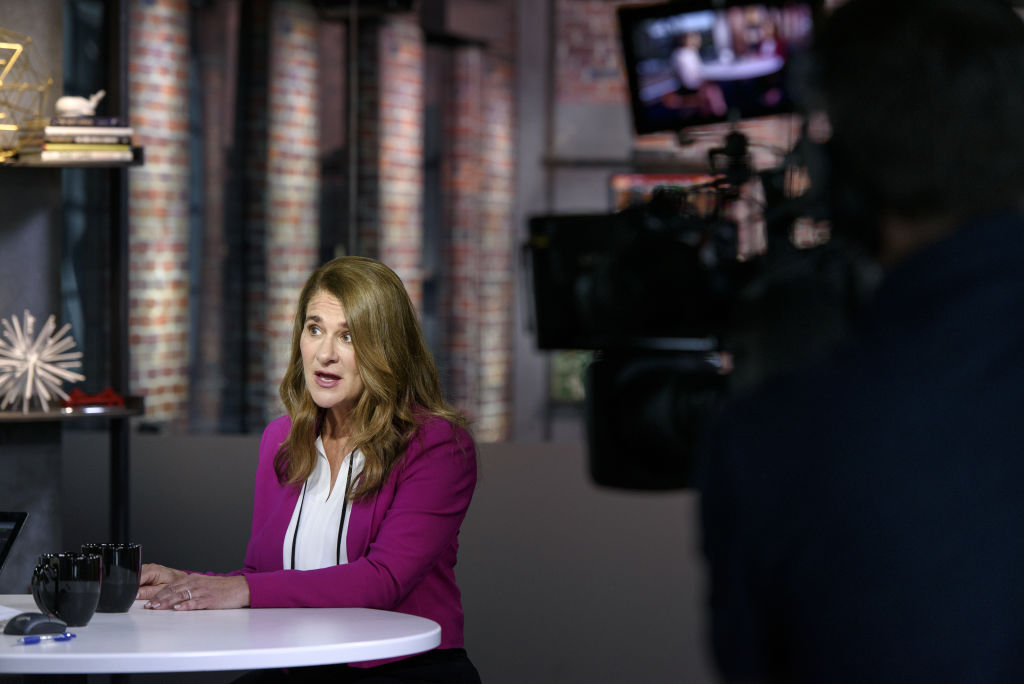 Melinda Gates, co-chair of the Bill and Melinda Gates Foundation, speaks during a Bloomberg Technology television interview in 2019. In a new op-ed, Gates says the U.S. needs a caregiving czar.
Michael Short—Bloomberg/Getty Images

– Czar wanted. The pandemic has laid bare the shortcomings of the U.S.’s caregiving system. With schools operating remotely and daycares and long-term care facilities shuttered, women are filling the gaps, often risking or outright abandoning their careers to do so.

The crisis has prompted calls for a childcare bailout from the likes of Sen. Elizabeth Warren (D–Mass.), who argues that without relief, childcare providers will fold during the pandemic, leaving parents with few options when they need to return to work.

Now the crisis has prompted another demand, this time from Melinda Gates, who argues President-elect Joe Biden should appoint a caregiving czar to urgently address the matter.

“By creating a new position to lead a multiagency caregiving response, he could ensure that, for the first time ever, the federal government is formally considering the needs of caregivers in all policymaking and legislation,” Gates wrote in The Washington Post.

On Day One of the new administration, the caregiving czar could focus on extending temporary paid-leave provisions for families, passing billions in funding for the crippled childcare industry, and providing additional resources to reduce the Medicaid waiting list for long-term care services, Gates says.

Beyond the practical importance of a caregiving czar, the position would also carry great symbolism. As Gates writes, the “czar” title was first used in 1918—President Woodrow Wilson’s “industry czar” oversaw WWI supplies. Since then, it’s come to signal that the issue at hand is of urgent, national importance. (Republicans chided President Barack Obama for having, in their view, too many czars; among them a drug czar, a compensation czar, and a car czar.)

Caregiving, as a critical economic engine, has been overlooked and taken for granted, likely because of who powers it. Much of the work is unpaid and many paid facets of it offer few job protections and poverty-level wages. If nothing else, the pandemic has proved it’s worthy of czar-level attention.

And as Gates, points out, the caregiving czar is another opportunity for a Biden administration first.

“Given how many Americans have caregiving responsibilities, you might assume that such a role already exists,” she writes, “but, in fact, it never has.”

- Searching for answers. Google A.I. researcher Timnit Gebru said this week that she was fired after criticizing the company’s lack of commitment to diversity. Google didn't respond to requests for comment. Fortune's Jeremy Kahn reports on the situation, which is renewing worries among some that the tech giant is silencing whistleblowers. Fortune

- Empowerment gets political. Ivanka Trump has tried to ensure her women's development program outlasts the Trump administration by funding it through Congress. But the initiative lost its bipartisan support after Trump's office put forward its own version of legislation that removed Democrats' concerns. After House Speaker Nancy Pelosi instructed her caucus not to include the Women’s Global Development and Prosperity bill in a State Department authorization, the White House retaliated by blocking that entire piece of legislation. Washington Post

- Testing, $1.3. Everlywell, the at-home collection/lab testing digital health company that was one of the first startups to work on COVID-19 testing, raised $175 million at a $1.3 billion valuation. Founder and CEO Julia Cheek says the newly minted unicorn will use this funding to improve virtual care offerings and testing infrastructure. Forbes

- Labor loss. The WSJ has a new piece on how women are being pushed out of the labor market by the coronavirus crisis—alongside baby boomers. Both groups (and of course, the employees who fall into both) have been hard hit among the 3.7 million workers who have left the workforce. Wall Street Journal

- New blood. Stylist Karla Welch is getting into the period underwear game. The category has been led by Thinx and Knix; Welch and Sasha Markova have founded competitor the Period Company. New York Times

- All I want for Christmas is ... Apple TV+? Mariah Carey's "All I Want for Christmas Is You" started as a song—and now it's an Apple TV+ special, premiering today. How did the pop star build her Christmas spirit into a juggernaut business? Wall Street Journal

She built a business with $30 million in revenue—and a mission to root out racism in the construction industry Inc.

Rep. McMorris Rodgers will make history as first woman at top of Energy and Commerce Politico

By the book: Dolly Parton likes to read by the fire in her pajamas New York Times

Climbing routes are riddled with racist and misogynistic names. Meet the people trying to change it all The Lily

"My husband does the laundry."

-German Chancellor Angela Merkel, after she was asked if she uses "smart technology at home" or turns "on the washing machine" herself.