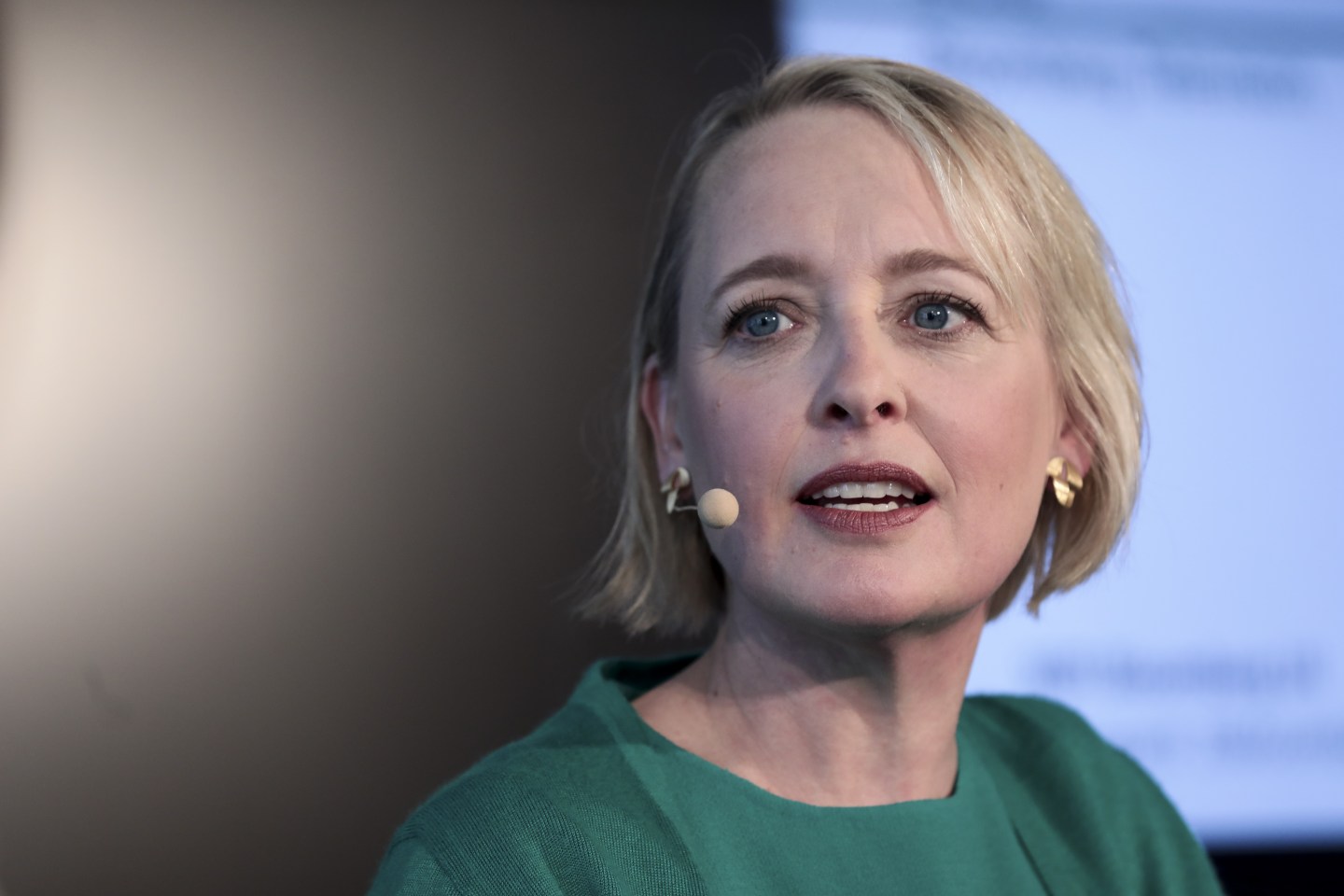 Good morning, Broadsheet readers! The GSA’s Emily Murphy moves forward with the presidential transition, GM reverses course on support for a Trump deregulation effort, and we get a sneak peek at the lineup for Fortune’ Brainstorm TECH. Have a terrific Tuesday.

-Aspen goes online. We often cover highlights and takeaways from our Most Powerful Women events here in the Broadsheet. But there’s another Fortune gathering taking place next week that I’d like to tell you about.

For years, Brainstorm TECH has pulled together some of the most thoughtful minds in technology for an annual event in Aspen, Colorado. (As one article described it back in 2014, the conference is “more exclusive than SXSW, not quite as elite as Sun Valley, in a far better location than CES,”—a compliment that has special meaning for those of us who have attended way too many tech conferences in dark convention centers.) Naturally, we had to rethink the in-person event this year, and it is now taking place virtually Dec. 1-2. But our lineup—and the hot topics we can’t wait to discuss—are just as timely as ever.

This year’s theme is “Innovating in a Time of Crisis,” which is a phrase I’ll bet all of you can relate to. The subject of technological transformation, and how the pandemic has accelerated this trend, will be particularly top of mind. And we’ll have several female leaders on the agenda who will share their perspectives and expertise on how their companies are embracing, and in some cases, driving, this shift.

Personally, I’m excited to interview Deirdre O’Brien, SVP of retail and people at Apple, on how the iPhone-maker has adapted its stores and its workforce to the constraints of the pandemic. I’m also eager to hear from Donna Langley, chairman, Universal Filmed Entertainment Group; Kathleen McLaughlin, chief sustainability officer, Walmart; Michelle A. Williams, dean of the faculty, T.H. Chan School of Public Health, Harvard University; Stacey Cunningham, president, NYSE Group; Julie Sweet, CEO, Accenture; Jenn Hyman, co-founder and CEO, Rent The Runway; Stacy Brown-Philpot, founding member, SB Opportunity Fund; Jennifer Tejada, CEO, PagerDuty; Terri Burns, partner, GV, and many more. (And to be sure, we also have quite a few top, male leaders speaking this year, including the CEOs of IBM, Slack, Rakuten, and Under Armour.)

As a long-time co-chair of both MPW and Brainstorm TECH, I couldn’t be prouder of the upcoming event, which my colleagues and I have worked hard to program. Attendance is by invitation only, but there are some virtual “seats” left. Please apply here if interested, or just shoot me a note. While we can’t bring you the fresh, mountain air, we do have plenty of thought-provoking conversations in store. Hope to see you there!

- GSA says OK. More than two weeks after Joe Biden became the projected winner of the U.S. presidential election, General Services Administration administrator Emily Murphy ascertained Biden as the victor, allowing federal transition processes to move forward. Murphy faced criticism from business leaders and Democratic and some Republican lawmakers for the delay. Her letter informing Biden of the step was unusual, including a reflection on her decision. Fortune

- Treasury history. Biden, meanwhile, has made progress assembling his Cabinet nominees. The President-elect has reportedly chosen Fed chair Janet Yellen as his treasury secretary, according to the WSJ. She would be the first woman to hold the position and the first person to have headed the Treasury, the central bank, and the White House Council of Economic Advisers. (Another expected choice, Lael Brainard, reportedly fell out of the running after Biden allies asked her to stay on at the Fed, where she is one of few governors installed by a Democratic president.) Biden is expected to name his full Cabinet today. See our running list of women joining his administration here: Fortune

- In reverse. GM has supported President Trump's effort to roll back California regulations on fuel economy. But the automaker led by Mary Barra reversed course yesterday, instead aligning itself with President-elect Biden's plans to curb climate change. New York Times

MOVERS AND SHAKERS: Neela Montgomery, the former CEO of Crate & Barrel, will be president of CVS's Pharmacy unit. Dick's Sporting Goods president Lauren Hobart will become the company's next CEO, increasing the number of female chiefs in the Fortune 500 to 41.

- Day in the life. Deborah Liljegren worked as an accountant at an advertising firm until she was laid off in March. Now, Liljegren is working at an Amazon warehouse in Wisconsin. She shares a day in the life at the demanding job here: Wall Street Journal

- Outraged in the outback. The richest person in Australia is criticizing the government for spending too much on COVID relief. Gina Rinehart, a mining magnate with a fortune of $21 billion who serves as chair of Hancock Prospecting, objects to the potential for increased taxes on the mining industry. Financial Times

- Statuesque figure. Margaret Thatcher is getting a burst of attention thanks to Netflix's The Crown, and it's strange timing for her hometown of Grantham, which is set to install a statue of the former prime minister soon. The sculpture is expected to draw protests. New York Times

In 2021’s West Side Story, Rachel Zegler will deliver a Maria for the moment Vogue

"Your favorite deli and restaurant—those businesses can’t wait for you."