Nearly half of open board seats went to women in 2019. Only 23% were filled by people of color 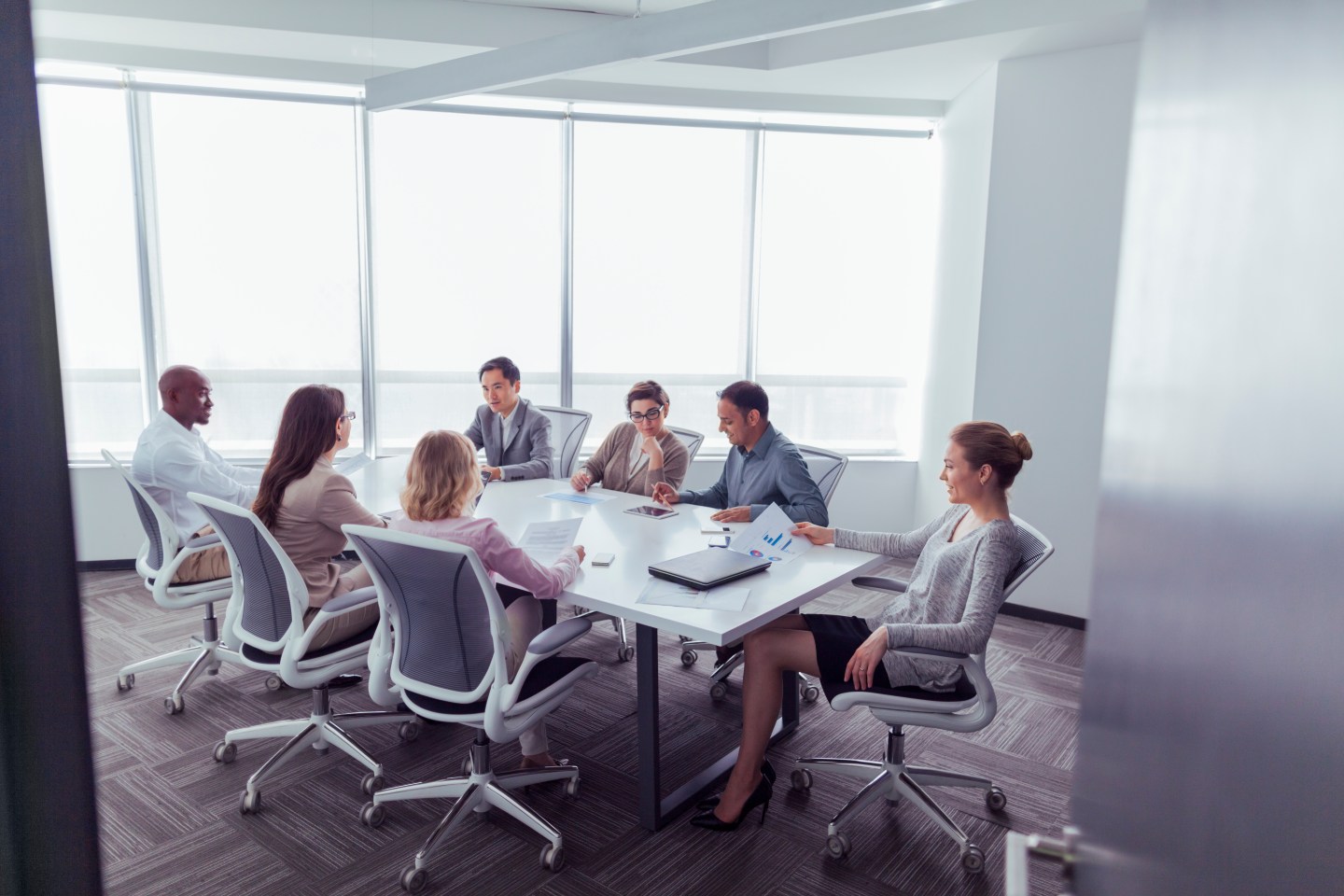 Good morning, Broadsheet readers! The Williams sisters’ legacy is clear at the U.S. Open, the Academy Awards releases new diversity requirements, and progress on board diversity in 2019 wasn’t evenly distributed. Have a lovely Thursday.

– Leaps and bounds. The movement to create gender diversity on boards of directors is one that has seen marked success in the past decade, including in 2019, when 44% of new appointees to Fortune 500 directorships were women, according to an annual report by Heidrick and Struggles released this week.

But the progress companies have made in choosing qualified women for their boards is tempered by the outright failure of those same companies to prioritize racial diversity in their governance. While new appointments in 2019 came close to gender parity, businesses were far from achieving racial representation last year. For the past three years, the share of new board seats filled by nonwhite candidates has remained stalled at 23%. Between 2018 and 2019, the percentage of new board members who were Black fell from 11% to 10%.

The executive search firm notes this failure in stark terms in its report: “Racial or ethnic, nationality, and age diversity improvements have been disappointing with little progress to report anywhere in the world.”

The firm’s survey covers 467 total director seats filled in 2019. And, of course, these numbers only cover new appointments. It’s harder to move the needle on overall board composition, as existing directors stay in their positions; women held 27% of board seats in the Fortune 500 last year, compared to 44% of new openings.

As societal attention remains fixed on racial justice, decision-makers are “finding they can do much better” in building businesses that reflect the communities they serve, Heidrick and Struggles’ report says.

The good news? Other trends highlighted in the report hint that progress may be on the horizon. While companies still overwhelmingly prefer board candidates with prior public board experience—72% of this year’s new picks had that record—they’re slowly accepting different kinds of leaders. Directors with CEO experience—a requirement that has shut out many female and nonwhite candidates—made up 50% of new board members last year, down from 60% the year prior.

- Open legacy. Naomi Osaka's recent victories at the U.S. Open mean that she will advance to at least her sixth match, setting her up for, potentially, the final—and allowing her to wear all seven face masks featuring the names of Black people killed by police. For more on the U.S. Open, read this Washington Post piece about Serena and Venus Williams' legacy on the courts: the record 13 Black women who played in this year's tournament.

- Rich get richer. The Forbes 400 list of the 400 richest people in the United States includes 56 women—who are collectively worth $452 billion, more than the $430 billion the same number of women were worth last year. The $22 billion gain is mostly thanks to MacKenzie Scott and Alice Walton of the Walmart family. Forbes

- Running through setback. Athlete Caster Semenya lost her appeal in Swiss court over World Athletics guidelines requiring her to reduce her natural level of testosterone to compete in track and field. Semenya plans to shift her focus to the 200 meter race, a competition where the requirement does not apply. "[I] refuse to let World Athletics drug me or stop me from being who I am," she said after the ruling. CNN

- Campaign sitter. New Zealand Prime Minister Jacinda Ardern is beginning her reelection tour in the Waikato district, staying with her parents in Morrinsville, where she grew up. The prime minister says she chose to start at home so her "folks" could help out with her 2-year-old, Neve. Seeking the grandparents' childcare help is just the "realities of the road," Ardern says. Guardian

- Lights, camera, action. The Academy of Motion Picture Arts & Sciences shared new details about the diversity requirements films will have to meet to qualify for the best picture category. Movies hoping to earn the top award in 2024 and beyond will need to meet a few different standards, one of which is to cast at least one actor from an underrepresented racial group in a lead or "significant supporting" role. New York Times

- SCOTUS on abortion. Just a few months after a victory for abortion rights at the Supreme Court, the Court is set to hear another case on the issue. Food and Drug Administration v. American College of Obstetricians and Gynecologists will make a decision about access to medication abortion. Vox

Instagram is coming for your sock drawer New York Times

"It’s our right to be creative and do anything we want."