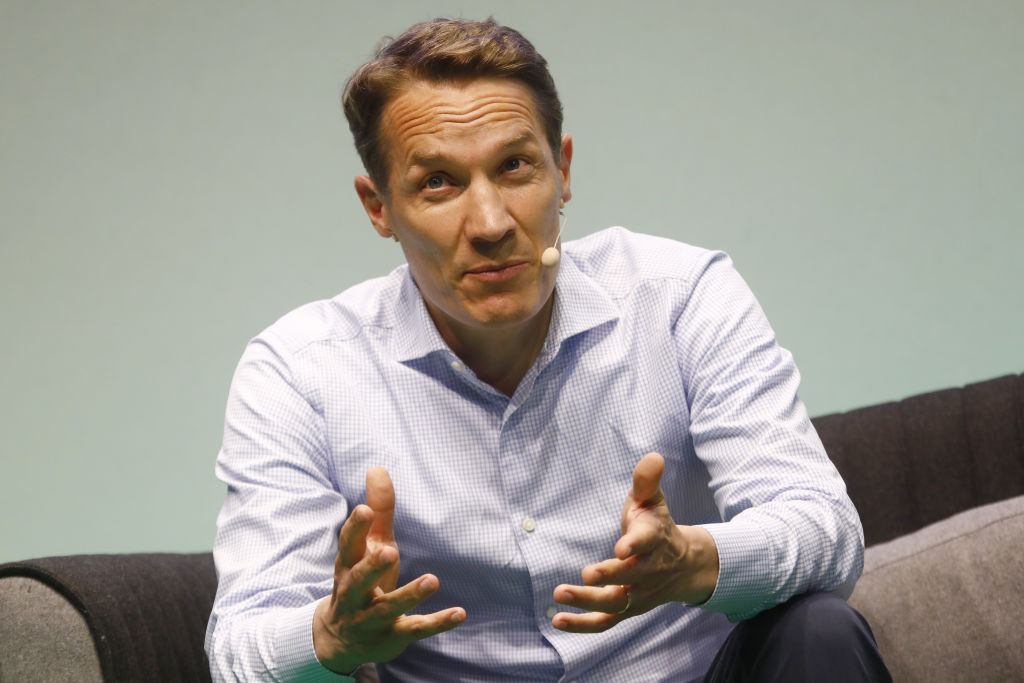 Rocket Internet, the German startup incubator that was once the darling of Europe’s technology sector and a thorn in the side of the Silicon Valley startups whose business models it shamelessly ripped off, announced Tuesday that it plans to delist from the Frankfurt and Luxembourg stock exchanges after seeing its shares fall 13% this year.

Rocket says it has plenty of access to money to fund its startups from private investors and doesn’t need the public markets anymore. But it’s hard to read Rocket’s decision as anything other than a humbling blow for Oliver Samwer, Rocket’s brash cofounder and chief executive officer, who once boasted that he wanted to “own the Internet” and claimed his Berlin-based “startup factory” could churn out one successful tech firm after another.

Founded in 2007 by Samwer and his two brothers, Rocket’s formula was to find promising new online business models—usually copying those of fast-growing U.S. e-commerce firms—and rush to create copycat versions in different parts of the globe before the originals could expand internationally. Samwer claimed its companies could execute faster and better than tech firms elsewhere, giving them a competitive advantage.

Rocket helped put Berlin’s startup scene on the map. Many of the young business school graduates who flocked there to work for companies being incubated by Rocket have gone on to found their own technology startups or became local venture capitalists.

But Silicon Valley entrepreneurs and investors have long griped that Rocket merely produced “built-to-be-bought” clones that did little but exact a tax on American innovation—forcing the U.S. pioneers to spend more to enter new markets. Critics also accused Samwer of pumping up the valuation of Rocket’s startups through venture capital rounds led by his own, separate startup investment fund, Global Founders Capital.

Rocket did not respond to Fortune’s request for comment.

Rocket’s tendency to overvalue its own startups became apparent once the company went public in October 2014. Rocket used a controversial metric, called last portfolio value, or LPV, which valued these startups based on their last financing round—even though those rounds often involved Rocket itself or related funds and might not reflect current market dynamics.

The difference between Rocket’s valuations and more conventional ones became apparent when investors compared Rocket’s books with those of Swedish investment firm Kinnevik, which was once a big shareholder in Rocket and had coinvested in many of its startups. Kinnevik used far more conservative metrics to value these young companies. Its figures and Rocket’s were often miles apart. For instance, the Swedish firm valued Westwing, an e-commerce retailer, at $304 million in June 2016; at the time, Rocket said the company was worth $576 million. Rocket’s valuation of Home24, another home decor merchant, was seven times what Kinnevik thought the company was worth.

To be fair, Rocket has had some big successes: Zalando, which started as a German Zappos clone and has become one of Europe’s top online clothing retailers. Publicly listed, it is now worth $24 billion. Delivery Hero, an online food delivery app Rocket backed, also went public and is now worth $22 billion. It was added to Germany’s blue-chip Dax last month.

HelloFresh, a meal-kit delivery company, is listed and worth $8 billion. Earlier, Rocket made a killing off its investment in CityDeal, a coupon clone of U.S. company Groupon, that the original acquired in 2010. It also created Lazada, a Southeast Asia–focused consumer electronics e-commerce play that Alibaba eventually spent $1 billion to acquire majority control of in 2016.

But it’s never been clear Rocket’s winning formula was anything of the sort. The company has more misses than hits—anyone remember once high-flying African e-commerce firm Jumia? It went public at lofty valuations only to see its shares tank. The same happened with Home24 when it eventually went public. Brazilian fashion retailer Dafiti has limped along through a succession of down rounds. Meanwhile, the crop of startups Rocket has launched and incubated since its own IPO have not exactly become overnight successes. (Grosenia? FlashCoffee?)

Of course, the whole model of venture capital is that most portfolio companies won’t make it. VCs typically depend on just one or two blockbusters to make their fund’s promised returns. But Samwer always claimed Rocket wasn’t a typical venture capitalist. By copying business models and extensively sharing resources and back-office technology between its portfolio companies, he had supposedly removed much of the risk from startup investing.

Well, not so much. Once worth more than $8 billion, Rocket’s market valuation is now just $3 billion. That’s a significant discount to the net asset figure of $4.9 billion it reported in December 2019. (The company has said that the COVID-19 pandemic may have significant impact on the valuation of its portfolio companies as slower global economic growth dims their prospects.)

Rocket’s investors are being offered €18.57 in the going-private deal. That’s below the stock’s 200-day moving average—no great thank-you for those who had faith in Samwer’s vision.

Samwer himself isn’t going anywhere. He’s not tendering the 4.5% of Rocket he owns, and his investment fund, Global Founders, is retaining its 45% stake too.

Samwer, never shy, has often been quick to boast of his “own the Internet” entrepreneurial prowess. Of course, it’s easier to brag when your accounts aren’t subject to public scrutiny.