Is a new steroid treatment a miracle solution for COVID-19—or is it snake oil? 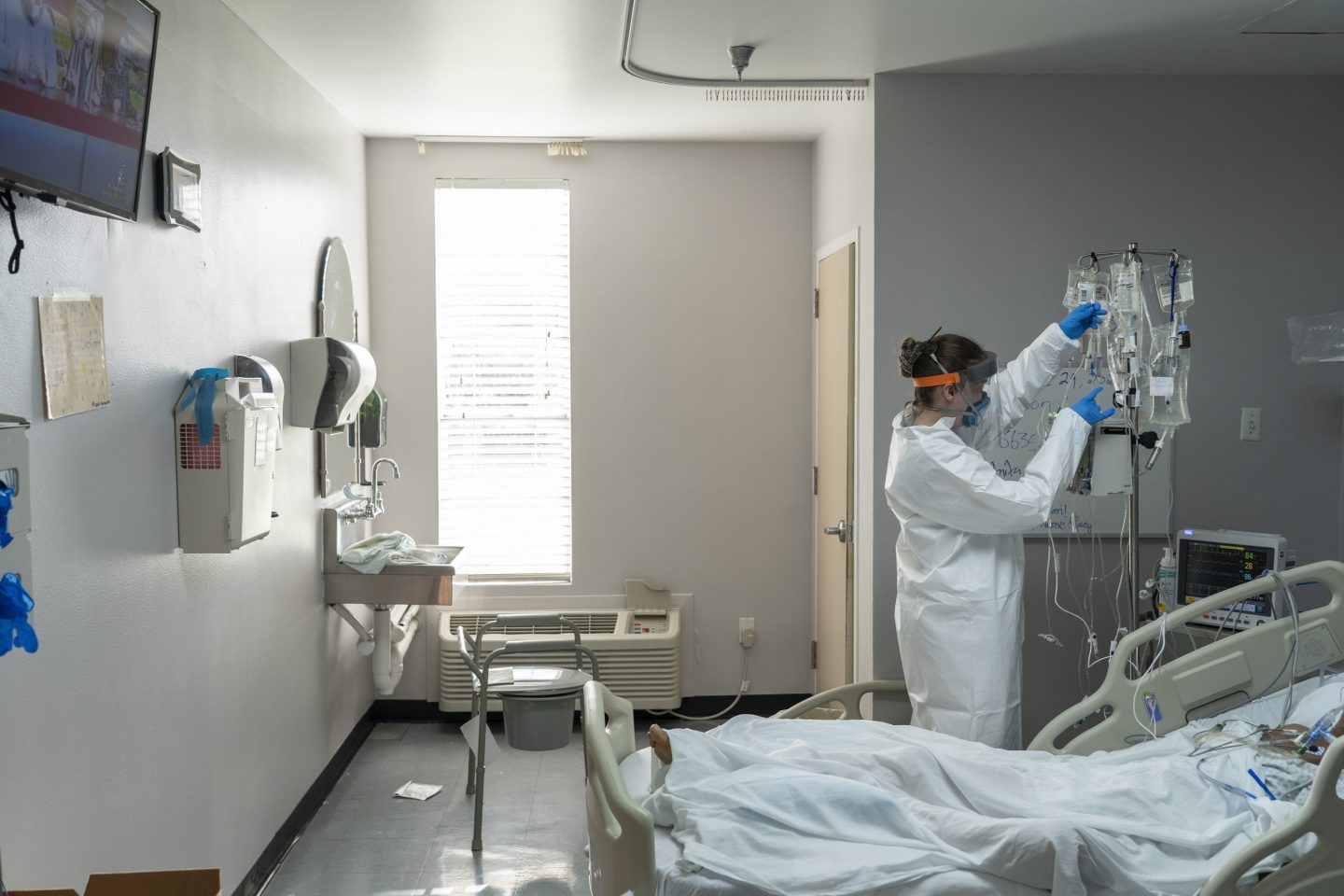 Everything’s bigger in Texas, as those of us who grew up there like to say, and we’ve been known to enjoy telling the occasional tall tale. Is a recently discussed potential treatment for COVID-19 one of those, or is the fast-talking Texan behind the claim really onto something?

Richard Bartlett made waves in a July 2 interview that already has racked up 4.1 million views online. In the interview, Bartlett, who has practiced medicine for 28 years and was part of former Texas Gov. Rick Perry’s Health Disparities Task Force, boasted a 100% survival rate for his patients since March by using his treatment strategy, centered around an inhaled steroid called budesonide.

“We have cracked the case,” the doctor said. He emphatically doubled down in an interview last week: “The cat is out of the bag. We have an answer for this. We don’t need another answer.”

Well, with COVID-19, nothing has been that simple. But the “silver bullet,” as Bartlett called it, isn’t new at all, which is part of what makes it so intriguing. And despite very reasonable pushback from some sectors of the medical community, it’s worth a closer look.

For more than 20 years, doctors have prescribed budesonide, an anti-inflammatory, as preventive medicine for asthmatics. Inhaled corticosteroids, in fact, have been used for some time in patients of all ages, and very safely. On a theoretical basis, employing steroids to fight COVID-19 makes practical sense.

Here’s why: Scientists have learned that the morbidity from this disease occurs not only because of the devastating effects of the virus, but also from an inflammatory state that begins about a week or so into the illness. If physicians can interfere before this cascade of inflammation begins, the theory goes, we might prevent the disease from progressing in severity, and keep patients out of hospitals, intensive care units, and morgues.

Besides the budesonide, Bartlett’s cocktail includes an antibiotic called clarithromycin, along with zinc (to enhance immune function) and low-dose aspirin (to help prevent clotting issues seen with the disease). He recommends beginning twice-daily treatments early—even before a COVID-19 test result has been returned—via a nebulizer machine. A nebulizer deposits the medicine directly into the lungs, specifically targeting tissue locally, and thus prevents many of the systemic side effects that come from taking steroid medicines by mouth or intravenously.

We use steroids to treat many diseases, like rheumatoid arthritis and lupus, as well as allergic reactions, precisely to reduce inflammation. And a recently published study noted significantly lower death rates both in seriously ill COVID-19 patients and in patients needing oxygen when they were given intravenous steroids.

The supporting science for inhaled steroids, though, remains sketchy. Bartlett has written a paper with case reports describing favorable outcomes for two of his patients with the regimen, and he associates low COVID-19 death rates in South Korea, Japan, Taiwan, and Singapore partly with their purported use of inhaled corticosteroids. But evidence of that is scant, and other news sources attribute the successes to aggressive action on travel restrictions, mask wearing, testing, and contact tracing with strict quarantining—not budesonide.

As for inhaled steroids in the treatment of COVID-19, we mostly have case reports and lab data rather than human trials. Japanese and Chinese physicians have each published case reports on three patients with confirmed COVID-19 who improved after receiving an inhaled steroid called ciclesonide. In the U.S., in a lab study, researchers showed that budesonide inhibited the ability of a different coronavirus (one of the causes of the common cold) to replicate itself and inflame the airways. But the truth is that we do not have any randomized studies yet of inhaled steroid use in actual COVID-19 patients. Several such randomized control trials—the gold standard—are underway in France, Sweden, Spain, and the U.K.

Assessing risk is critical here. The primary concern is that if one suppresses the body’s immune response with steroids too early in the course of COVID-19, the viral aspect of the disease may worsen. That could lead to more severe pneumonia, among other possibilities. Studies have shown that patients with chronic obstructive pulmonary disease (COPD) who received inhaled steroids had higher incidences of pneumonia, and both asthmatic and COPD patients were more prone to upper respiratory infections when inhaled steroids were given.

So did Richard Bartlett find a silver bullet, or is it snake oil? We’ll know with more certainty in several months, when some of these trials conclude. In the meantime, though, it’s important to remember that doctors do sometimes use medicines “off label,” or for conditions other than what they are intended to treat. That’s exactly what Bartlett is doing, and he says he will continue.

A new and lethal virus like COVID-19 requires us as physicians to follow the science, of course, but we are also duty bound to listen to doctors on the front line and around the world. Their work with experimental treatments, especially while using medications with long track records of safety, may well prove critical in the interim.

Carolyn Barber has been an emergency department physician for 25 years, is cofounder of the homeless work program Wheels of Change, and is a nationally published author.