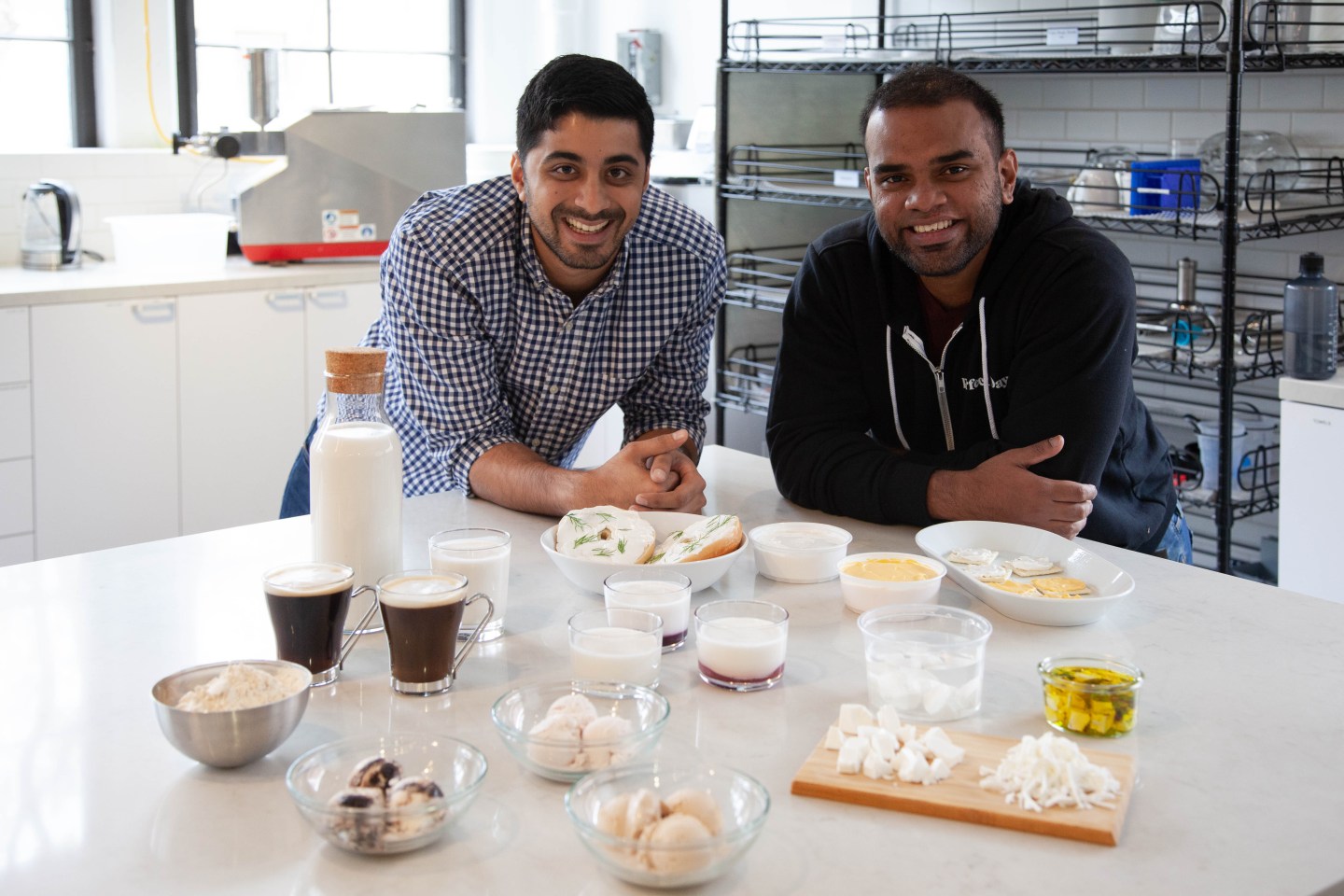 Perfect Day produces animal-free dairy proteins through fermentation, a biotech process that enables the company to eliminate the environmental and animal welfare concerns that come from using cows. The proteins, which are molecularly identical to those produced by cows, can then be used in making dairy products like ice cream and cheese.

The possibility of reducing the carbon footprint of a resource-intensive food system is what attracted Thematic Investing, says Leon Pedersen, who heads up the group for CPP Investments. His team’s mandate is to back companies tied to major long-term shifts in areas like climate change and health care.

Pedersen says he and his team understood the fermentation process well—it’s similar to brewing beer and manufacturing insulin—and were drawn to Perfect Day’s patents and potential to make an innovative product in a dairy industry that is somewhat staid.

Perfect Day’s new funding follows last year’s $140 million initial Series C, which was led by Horizons Ventures and Temasek. With this latest round, Perfect Day has raised more than $360 million.

Perfect Day takes a different approach from other startups in the space that are attempting to create challenger brands to take on legacy companies. Instead, Perfect Day says it can have a bigger impact through partnerships with established enterprises, selling them its animal-free protein to use as an ingredient in their existing and new products. “Anyone who’s tried to go vegan knows that you’ll find milk protein in every single aisle of the grocery store—it’s everywhere,” says Ryan Pandya, cofounder and CEO of Perfect Day. It’s ubiquitous, he says, because it’s extremely nutritional and functional.

CPP Investments’ Pedersen says that since Perfect Day has proved that its technology works, the focus now is on scaling production in order to bring down costs—something the new funding will go toward. Perfect Day launched earlier this year with Smitten ice cream and will soon roll out cream cheese.

Unlike plant-based alternatives to milk and dairy (think almond milk or soy milk), Perfect Day’s product is identical to dairy proteins and therefore tastes and performs the same way when used as an ingredient. As a result, Perfect Day says manufacturers don’t have to change their process and equipment when they use its milk protein. The company plans to label its product as animal-free whey protein, and items that contain the protein can be labeled as vegan and lactose-free.

Startups like Perfect Day that are attempting to offer alternatives to animal-made protein have long touted their animal and environmentally friendly bona fides. But they are finding a new selling point amid COVID-19.

The dairy industry has suffered from an oversupply of milk during the pandemic, which has led prices to collapse. Perfect Day’s other cofounder, Perumal Gandhi, says the startup will be able to turn supply on and off faster than the traditional dairy industry, which will help with vacillations.

“The coronavirus really showcased how fragile our entire system is—especially from a food standpoint,” Gandhi says. Perfect Day, he adds, will be able to help the global population “sustain these kinds of shocks that are going to be even more common” over the next few decades.