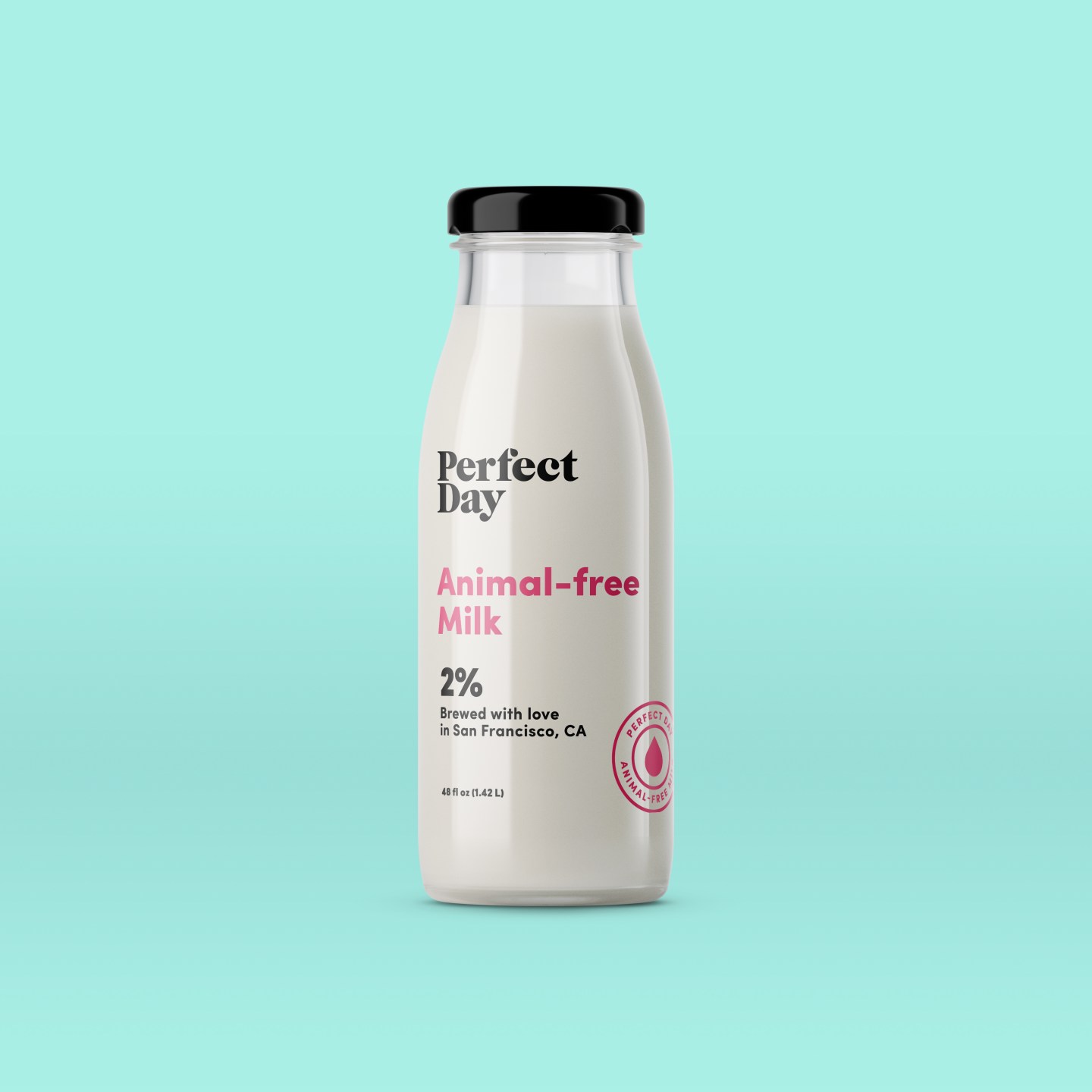 For Perumal Gandhi and Ryan Pandya, the impetus to start their company in 2014 really came down to cheese.

Gandhi, now 25, was trying to cut back on meat and dairy for sustainability and animal welfare reasons, but he desperately missed pizza. Pandya, 24, was experimenting with veganism but one incident in particular gave him pause: He bought a bagel slathered with dairy-free cream cheese that was so sad and soppy that it dripped all over his leg.

“It’s asking a lot of someone to become vegan,” says Pandya. Cheese is only the beginning. As he puts it, “you have to shift your entire identity.”

Both were trained in biomedical engineering and concluded there had to be a better way. Pandya, for example, was working on making vaccines using proteins and small molecules and wondered if the same technology could be used to make milk proteins.

Earlier this month they got a little bit closer to fulfilling their cheese dreams when the company emerged from stealth mode with a new name, Perfect Day (they’d previously been called Muufri), and a new timeline that has them rolling out their first products next year. The company has raised $4 million from investors including Hong Kong billionaire Li Ka-Shing’s Horizon Ventures.

Most of the milk alternatives on the market are plant-based, such as soy milk and almond milk, and therefore don’t perform the same way when used as an ingredient—hence the soppy cheese. But Gandhi and Pandya knew if they could make cow’s milk without cows, they could answer environmental and animal welfare concerns without sacrificing the benefits of milk’s chemical composition.

To do it, the co-founders got a strain of yeast, which they call Buttercup, from the U.S. Department of Agriculture. They then obtained a cow’s DNA sequence, had it printed using a 3D-printer, and inserted it into a specific location of the yeast. The yeast ferments sugar to make real milk proteins (casein and whey), which are then combined with plant-based fats and nutrients to get milk that’s lactose free.

“Your body cannot tell the difference because it’s the same in every meaningful way,” says Pandya.

Perfect Day’s emergence comes as cow’s milk has seen decades of decline, and the growth of soy milk—once the dominant alternative—has faltered. The resulting turmoil in the market has led to new entrants like Ripple, a plant-based milk made from yellow peas, and A2 Milk, which is just starting a national push in the U.S.

A2 Milk, which has about 10% market share in Australia, contains only the protein called A2, rather than A1 or a combination of the two proteins. These proteins make up the vast majority of all of the proteins in cow’s milk. A2 Milk markets its product as easier on the digestive system than A1 milk, and as a solution for a lot of consumers who think they’re lactose intolerant but are actually only irritated by A1 protein.

Perfect Day, which also contains only the A2 protein, has set itself apart by dabbling in what has become known as cellular agriculture—producing meat and animal products through cell cultures rather than livestock. The strategy does not come without its risks. Consumers, even as they look for food that is better for the environment and for livestock, are wary of technology anywhere near their food. The debate over genetically modified organisms is an obvious example of that anxiety.

The company could also run into challenges as it determines how to best label itself. Startup Hampton Creek ran into problems with regulators when it called its vegan sandwich spread mayo, even though it did not include any eggs—a required ingredient in the U.S. Food and Drug Administration’s legal definition of the condiment. Perfect Day says it has been in ongoing talks with the FDA, most recently meeting with the agency in July. Since its form of milk has no standard of identity—the ingredients required in a product by regulators—the company says it will “have to work closely with the FDA.”

Gandhi and Pandya are trying to head off any concerns from consumers by being upfront about the how they produce their animal-free dairy milk and likening it to the familiar, inoffensive process of brewing beer. “We are taking really established age-old technology and doing something new with it,” Pandya says.