The coronavirus downturn threatens to leave older women behind 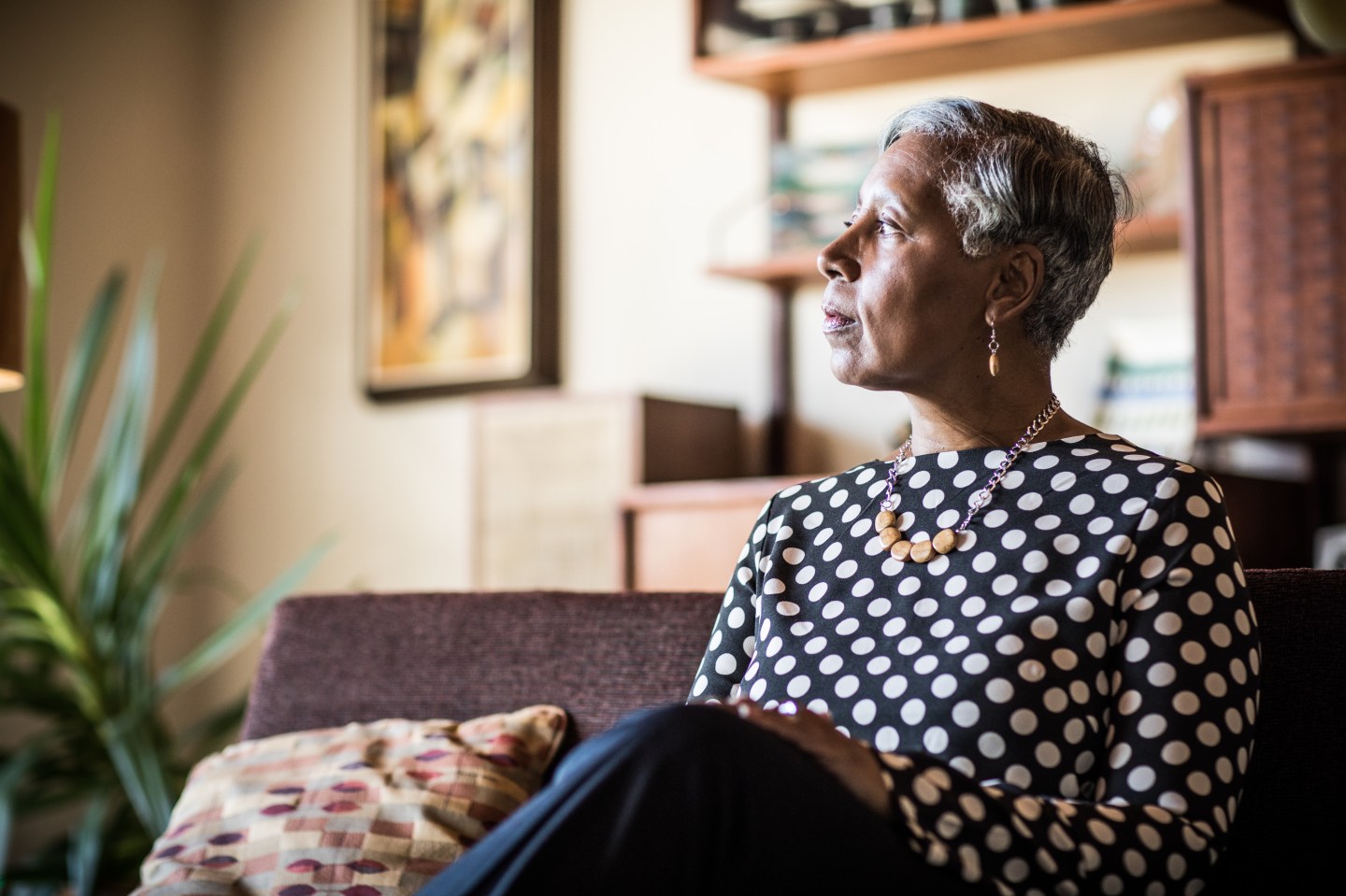 Good morning, Broadsheet readers! Coronavirus testing confusion sounds familiar to the Theranos whistleblower, face masks are mandated in France but burqas are still banned, and the economic downturn threatens to leave older women behind. Have a great Tuesday.

– No woman left behind. The April jobs report, with its confirmation of the gender gap in rising unemployment—women’s unemployment is at 16.2% to men’s 13.5%—included a remarkable statistic. Young women ages 20 to 24 face one of the highest unemployment rates of any demographic slice: 28% compared to 24% for men in the same age group, according to the National Women’s Law Center.

But another unemployment data point, though not as likely to grab headlines, is deserving of attention: the jobs crisis facing older women. According to the AARP, women over the age of 50 now face an unemployment rate of 15.5% compared to 12.1% for men in the same demographic.

AARP CEO Jo Ann Jenkins is working to make sure older women aren’t forgotten during this economic downturn. “Older women are likely to earn less than men, to have saved less, and to have longer life expectancies, with the health care costs that go with it,” Jenkins told me via email. “When and if she finds a new position, there’s also a likelihood the new job isn’t as good as her former one—a condition of underemployment, often related to age and gender discrimination, that worsens her long-term financial outlook.”

Many women who fall into this demographic took breaks from the workforce earlier in their careers because of caregiving responsibilities—a contributor to the pay gap that costs women as much as $1 million in lifetime earnings. That reality compounds the financial impact of job loss during a downturn. “For a woman to lose her job later in her career is a serious setback,” Jenkins says.

When older workers, including women, are unemployed during a downturn, they are likely to stay unemployed for longer; a woman is 18% less likely to find a new job when she’s between the ages of 50 and 61 than when she is between 25 and 34, according to a study by the Urban Institute. That challenge is especially concerning during an economic crisis in which recovery depends on public health.

This demographic analysis is one of many to parse from the BLS report; there is also, of course, the crisis facing women of color of all ages. Black women’s unemployment reached 16.4% and Latina unemployment hit 20.2% in April. In total, the economic crisis has wiped out the entirety of the 11.1 million jobs women gained in the last decade; men lost 85% of their jobs gained in the same period.

As lawmakers try to ignite an economic recovery and companies slowly begin hiring again, Jenkins has a plea: don’t leave older women behind.

- Testing throwback. Coronavirus antibody tests, and accompanying confusion about what they mean, urgent need for testing, and possibility for financial gain, bring to mind, for some, another health-related diagnostic tool: Theranos's discredited blood tests. Tyler Shultz, who blew the whistle on Theranos founder Elizabeth Holmes, warned that Theranos would be "thriving" during the pandemic if it were still operating. Bloomberg

- Another Amazon. Tatyana Bakalchuk became Russia's first female self-made billionaire—and one of very few to achieve that level of financial success without ties to the Kremlin—after she founded the e-commerce site Wildberries. Bakalchuk started the business as a women's apparel online retailer while she was on maternity leave; today she's keeping the platform running through the increased demand of the pandemic. Financial Times

- Veepstakes. Will Joe Biden's VP selection be influenced by his own short time up against Sarah Palin? This NYT piece examines the influential chapter in the former veep's history. Plus, Stacey Abrams endorsed Joe Biden for president this morning.

MOVERS AND SHAKERS: The Bank of Japan appointed Tokiko Shimizu, head of its  Nagoya branch, to a four-year term as executive director; she is the first woman to hold a top role outside the 138-year-old bank's policy board. Twitter adds Fei-Fei Li, former chief scientist of artificial intelligence/machine learning at Google Cloud, to its board of directors. Lambda School hired Molly Graham, former VP of operations at the Chan Zuckerberg Initiative, as COO.

- Face coverings allowed? In France, face masks are now mandatory—but burqas are still banned. Muslim women and others object to what now seems like more of a double standard than ever. Washington Post

- Running a company. During the coronavirus pandemic, EY U.S. chair and Americas managing partner Kelly Grier has used her usual eight-mile weekend run to think through her decisions about the crisis. During one recent workout, she got so swept up in her internal debate that she accidentally ran 11 miles. Wall Street Journal

-Rule-breakers. According to a new study out of the U.K., young men are more likely than young women to break social distancing rules. Out of 2,000 13- to 24-year-olds surveyed, half of the men ages 19 to 24 had met friends or family members they did not live with during the lockdown, compared to 25% of women in the same age bracket. BBC

#MeToo is at a crossroads in America. Around the world, it’s just beginning Washington Post

"It is absolutely a political act to say, I have got to take care of myself so that I can continue to do the work that I hope will make this world a little bit better."