For airlines in freefall, the return route will be long and bumpy 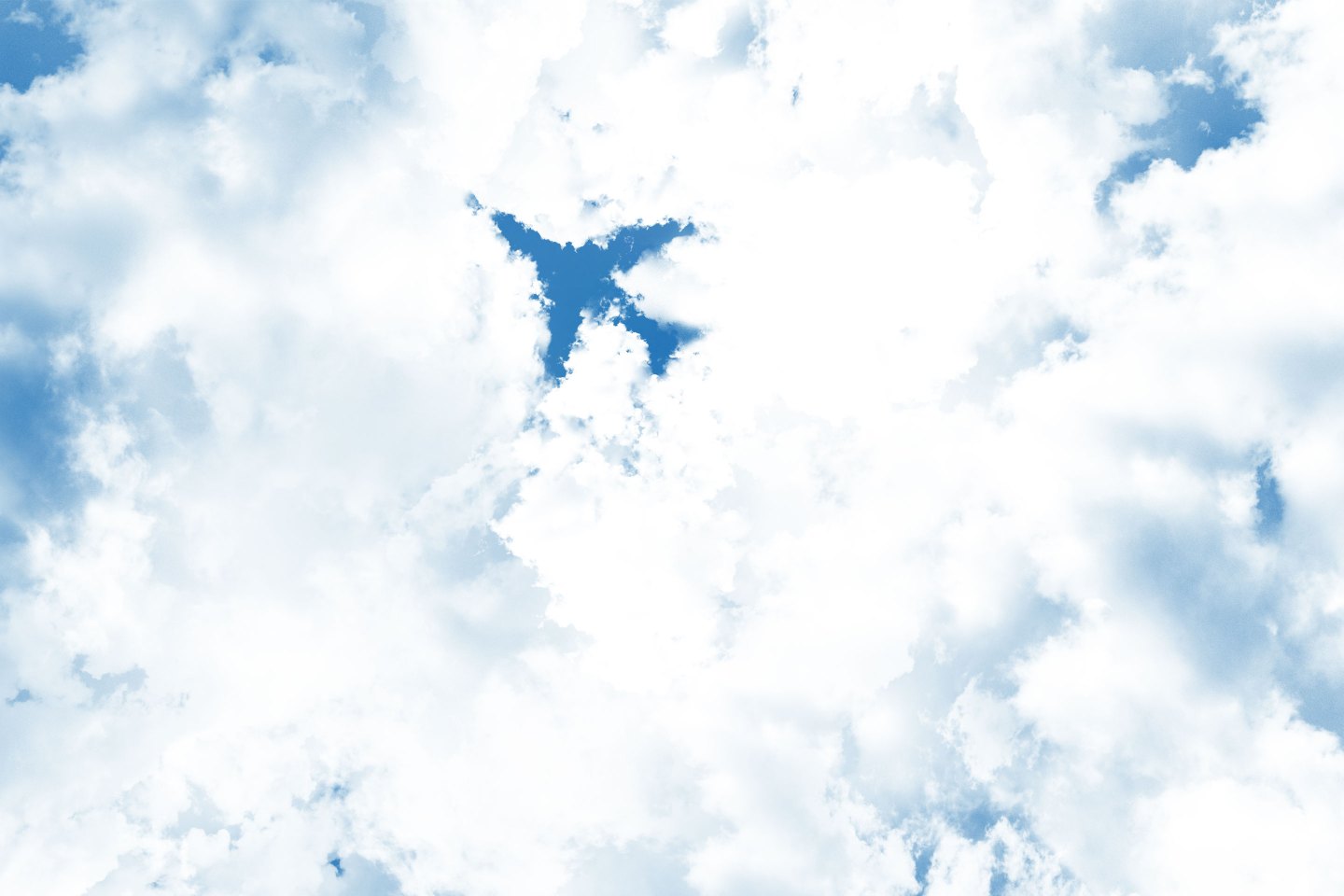 This article is part of a Fortune Special Report: Business in the Coronavirus Economy—a look at the impact of the pandemic on more than 50 industries.

This past January, as word of a deadly new virus began filtering out of China, the business lounge at Hamad International Airport in Doha, Qatar, was teeming with people, coming and going from almost every point on the planet. Facing a long layover on a reporting trip, I poured some tea and sank into an armchair. Nothing, it seemed, could disturb such serenity. Ten days later, our family took a weekend trip from Paris to Kraków, Poland. Why not? The taxi to the airport cost more than the tickets on low-cost airline EasyJet—the ninth carrier I had flown in 12 months.

Today that seems like a lost world—and it will not be simple to find a way back to it. The ambient-lit Doha business lounge, with its hot showers and solicitous concierges, is a lot quieter these days, like the rest of the world’s travel hubs. Now the question is, What kind of airline industry will emerge once the pandemic and the lockdowns have finally passed?

As the outlines of the answer begin to come into focus, it looks like a screeching halt to the past decade’s travel boom. Last year, passenger trips on U.S. carriers hit an all-time peak of 925 million, with occupancy also at a record high of 84.6%. Those figures are long gone. “You will see airlines as smaller versions of themselves, with fewer airplanes operating fewer routes,” says Henry Harteveldt, president of the Atmosphere Research Group in San Francisco. “Perhaps where there were 10 flights a day, now there will be six to eight flights a day,” he says.

Meanwhile, there is a growing debate, especially in the U.S., about why taxpayers should be on the hook to bail out major carriers. According to the calculations of Washington Post columnist Allan Sloan, the four major U.S. airlines spent about 90% of their profits during the roaring 2010s on stock buybacks, even while earning billions on fees for soggy sandwiches, seat assignments, and checked luggage. “They have done almost everything possible to tell the public, ‘We don’t give a damn about you,’ ” Harteveldt says. Fewer than half of consumers surveyed by Fortune in March said airlines deserved a bailout. Yet the $2.2 trillion U.S. coronavirus relief fund includes $61 billion for the shell-shocked aviation industry. And a host of U.S. airlines, including American, Delta, Southwest, and United, have applied for help.

By April, the airlines had already drastically cut their fleets, in moves that will likely far outlive COVID-19. American is opting to retire more than 100 of its 900 planes, and Delta says it is considering early retirement of older aircraft. Manufacturers are also bracing for tough times. GE Aviation cut 10% of its staff in March and furloughed half the others until May. In April, Boeing offered all employees voluntary buyouts.

That is just the start. Leaner and poorer, airlines will tread with extreme caution in putting planes back in service, unless they are sure passengers will fill them. In interviews, most analysts believe the industry’s recovery could take at least until 2022. Meanwhile, travelers will feel the difference, as routes and flights shrink. “There have been too many airlines in the world,” says John Grant, vice president of aviation analytics company OAG in Luton, England. “The industry would broadly agree with that.”

The overcapacity is especially acute in Europe, where about 120 companies compete for business, compared with the U.S., which has just four major airlines and a handful of smaller regional carriers. European governments have rushed to rescue flagship airlines, with Germany offering loans to Lufthansa, and Italy’s government taking control of Alitalia. Even the most glittering heavy hitters will not escape pain. “We will be permanently affected, with questions about changes in travelers’ behavior,” Air France CEO Anne Rigail said on April 7.

Indeed, the airlines’ losses are epic. Brian Pearce, chief economist of the industry group IATA, estimates the carriers will lose about $252 billion in revenues this year and that without government help, several “might not be able to last” until next year.

In fact, dozens of airlines—especially low-cost tourist carriers—face shaky prospects for survival. Some, like EasyJet, have enjoyed years of profitability. But Britain’s budget regional airline FlyBe collapsed in March as passengers vanished. And others could find it difficult convincing governments that their survival is essential. “Is it essential to have 9 pound ($11) flights to Majorca, or nine flights a day to Lisbon?” says Daniel Röska, senior airlines analyst at Bernstein Research in London.

The problem airlines face is that their ability to recover will most likely rest on two factors, both of which are completely out of their control: how long it might take before people feel comfortable boarding planes and how much corporations will cut their travel budgets.

Start with the first challenge. Being sealed in an aircraft with dozens of strangers, whose health status is unknown, may still feel like a high-risk act even months after the pandemic wanes. “There are very few economic activities where people experience such crowding as air travel,” says Joseph Schwieterman, a transportation expert and professor at DePaul University in Chicago. People will want to travel again, he says. But true ease, where people again fly carefree, will likely require much more solid assurance. “It will take medical breakthroughs,” he says.

That will take time. And until vaccines and drug treatments are developed, the second factor—­corporate travel—could determine when airlines might recover. The two are closely linked: So long as there is some risk to travelers, companies might hesitate to dispatch their employees, especially while trying to cut costs in a recession.

The 2008 financial crisis and Europe’s debt crisis of the 2010s bear that out. Companies cut travel spending—at first temporarily, and then more permanently. “That never really came back,” Röska says. “Companies adapted to a different spending policy, with 20% less travel a year.” The tourism surge cushioned the blow.

A decade on, the impact could be even deeper, for one reason: better technology. Since whole countries began locking down in March, countless corporate meetings, and even the leaders of the G7 nations and OPEC, have convened online. Such meetings are not quite as vibrant as the real-life ones, but neither have they been too disappointing. “Everyone is becoming virtual, Zooming,” says Mark Manduca, managing director covering airlines at Citi in London. “This has to be a long-term effect.”

No matter how good your Wi-Fi may be, spending hours on Zoom Video doesn’t quite measure up to the easy days before COVID-19—just a few months ago—when business lounges were packed and low-cost weekend getaways seemed knitted into our lives. But for the airline industry, the return route will be especially long and challenging.

A version of this article appears in the May 2020 issue of Fortune with the headline “Carriers plot a new trajectory post-pandemic.”

—22 million lost their jobs in the past month—real unemployment rate likely near 18%
—How Fortune 500 companies are utilizing their resources and expertise during the pandemic
—Inside the surreal “Mask Economy”: Price-gouging, bidding wars, and armed guards
—The IRS just launched “Get My Payment” portal for tracking your stimulus check status
—How every sector of the S&P 500 has been impacted by the coronavirus selloff
—If you’ve been a little busy lately, here’s what’s going on with the 2020 election
—Military experts: We need to fight coronavirus like we fight insurgents on the battlefield
—PODCAST: COVID-19 might have upended the concept of the best companies of the year
—VIDEO: 401(k) withdrawal penalties waived for anyone hurt by COVID-19