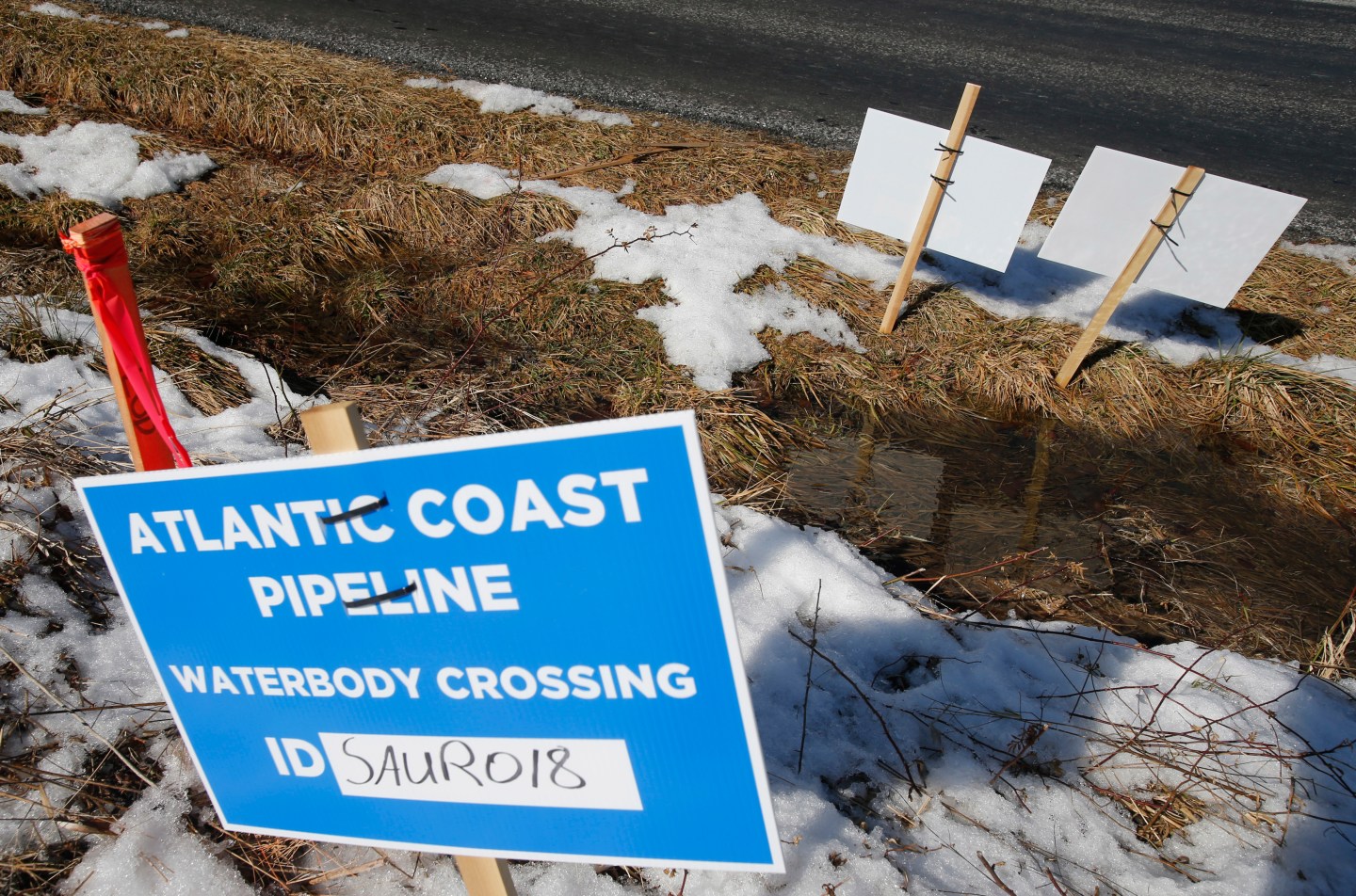 The U.S. Supreme Court is set to wade into a long-running battle between developers of the 605-mile natural gas pipeline and environmental groups who oppose the pipeline crossing the storied Appalachian Trail.
Steve Helber—AP

The U.S. Supreme Court is set to wade into a long-running battle between developers of a 605-mile (975-kilometer) natural gas pipeline and environmental groups who oppose the pipeline crossing the storied Appalachian Trail.

On Monday, the high court will hear arguments on a critical permit needed by developers of the Atlantic Coast Pipeline.

Backed by the Trump administration, project developers Dominion Energy and Duke Energy will ask the high court to overturn a lower court that threw out a permit for the pipeline to cross two national forests, including parts of the Appalachian Trail, the historic footpath that stretches from Georgia to Maine.

The question before the Supreme Court is whether the Forest Service has the authority to grant rights-of-way through lands crossed by the Appalachian Trail within national forests.

Lawyers for Dominion and U.S. Solicitor General Noel Francisco argue in legal briefs that the U.S. Forest Service has jurisdiction over land in the George Washington National Forest, where a 0.1-mile segment of the pipeline would cross about 700 feet (215 meters) beneath the Appalachian Trail.

But the Sierra Club and other environmental groups say that because the 2,200-mile (3,540-kilometer) scenic trail is considered a unit of the National Park System, no federal agency can grant a right-of-way for the pipeline. They say only Congress can approve such a crossing.

Dominion is asking the high court to reverse a 2018 ruling from the 4th U.S. Circuit Court of Appeals finding that the Forest Service did not have the statutory authority to approve the trail crossing.

Central to the case is the Mineral Leasing Act, a 1920 federal law that governs rights-of-way through federal land for oil and gas pipelines.

But Dominion and the federal government argue that the 1968 National Trails System Act, which designated the Appalachian Trail as a National Scenic Trail, did not transfer lands crossed by the trail to the National Park System. They say the Park Service is charged with overall administration of the trail, while the actual lands crossed by the trail within national forests remain under the jurisdiction of the Forest Service.

—In China, oil won’t be the only sector battered by the coronavirus
—Energy emissions plateaued in 2019, as economies gave up coal
—Greta Thunberg and her allies are targeting CEOs now
—Looking to cut emissions, Europe eyes a ‘sustainability’ tax on meat
—WATCH: iPod/iPhone designer on kicking plastic addiction