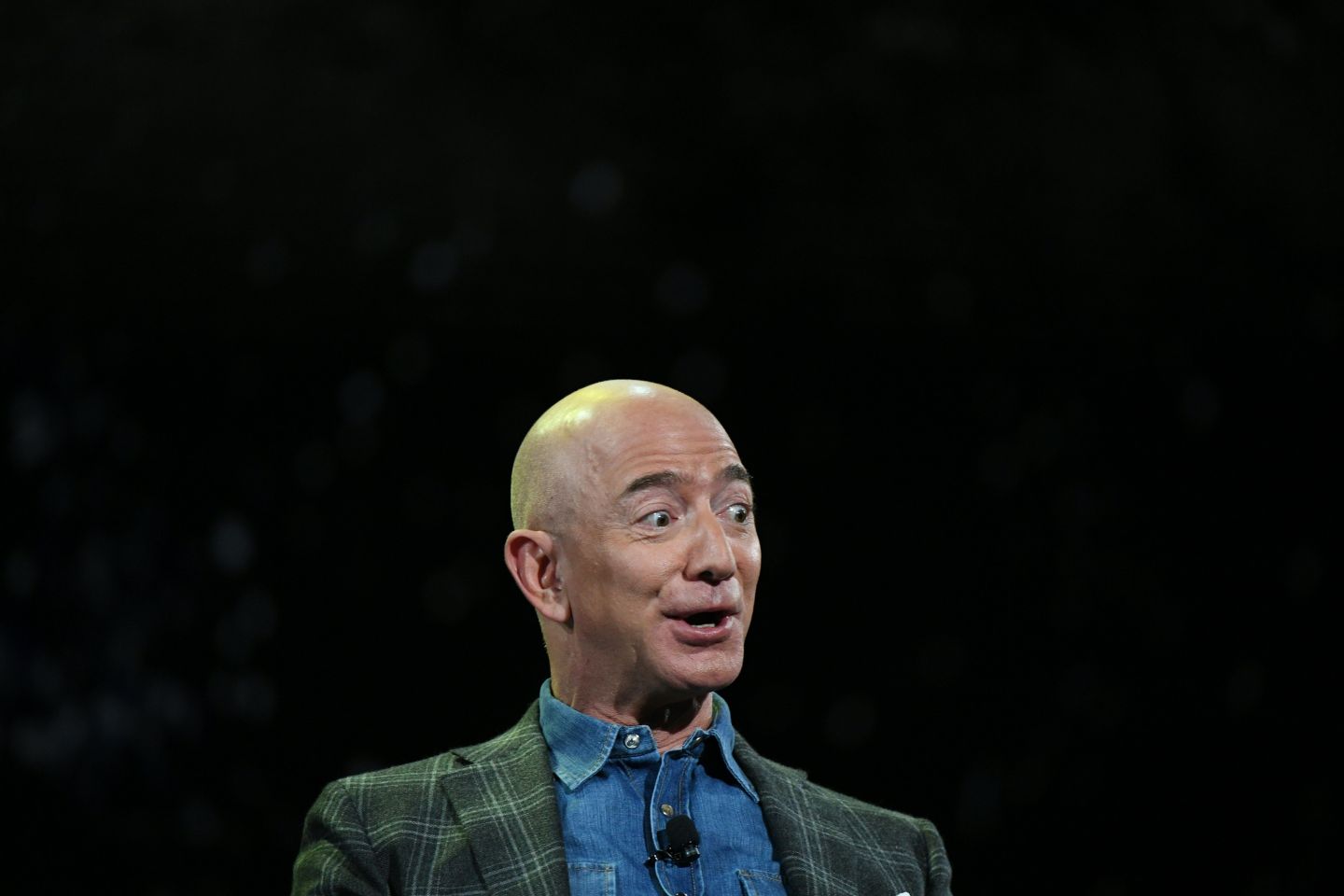 This is the web version of The Loop, Fortune’s weekly newsletter on the revolutions in sustainability. To get it delivered daily to your inbox, sign up here.Good morning.

This is the web version of The Loop, Fortune’s weekly newsletter on the revolutions in sustainability. To get it delivered daily to your inbox, sign up here.Good morning.

This week, Amazon CEO Jeff Bezos launched a $10 billion fund to “amplify known ways and to explore new ways of fighting the devastating impact of climate change on this planet we all share.” Bezos took to Instagram to announce the Bezos Earth Fund, which seems strange, but with 1.5 million followers (and zero follow-backs) it was a good way to get the word out.

Like all else on Instagram, the Bezos Earth Fund has its fair share of haters. Critics argue the $10 billion goody bag is hypocritical and petty compensation for Amazon’s weak performance on climate change—a reputation the e-commerce giant tried to turn around by establishing its own Climate Pledge last year and by boosting investments in clean energy.

Amazon trailed fellow tech behemoths in embracing renewables, and the company’s own employees continue to question its commitment to combatting climate change, despite Amazon allegedly retaliating with threats of termination—although Amazon says its warnings were in line with HR policies regulating staff engagement with the media.

In what could equally apply as a critique on corporate offset culture, Amazon Employees for Climate Justice wrote on Twitter, “We applaud Jeff Bezos’ philanthropy, but one hand cannot give what the other is taking away.” The AECJ are particularly miffed by Amazon developing technology that helps fossil fuel magnates find and drill new oil wells.

Bezos’s $10 billion is ten times the amount non-government, grant-giving foundations put into the fight against climate change worldwide in 2018 (and yet only 8% of Bezos’s net worth). The size of the fund means there’s a real opportunity for Bezos to shape climate activism in his own image—perhaps, Bloomberg and The Atlantic muse—by funding lobbyists.

That possibility raises a question that speaks to AECJ’s concerns; whether a man who leads a corporation with a questionable climate record should be directing such a narrative.

The fund raises other questions, too. We don’t know, for instance, how it is going to be managed or who will decide where the money goes. There’s no doubt that money can make a huge difference. Even some of Amazon’s critics admit they wouldn’t turn it down, and, as you’ll see below, fellow tech billionaire Bill Gates’ funds continue to do good.

The first pay-out is promised this summer so, if you have an idea that “offers a real possibility to help preserve and protect the natural world,” let Bezos know.

Bill Gate’s Breakthrough Energy Ventures fund is leading a $20 million round in Lilac Solutions, a U.S. start-up tackling the issue of water waste in lithium mining. As demand for industrial batteries surges, led by electric vehicles as well as a shift towards renewable energy, lithium mining is on the rise. But the market could see a shortfall in supply as early as 2023, according to BloombergNEF. Bloomberg

Oil and gas production may be more responsible for methane emissions than previously thought—to the extent that fossil fuel emissions from human activity may have been underestimated by up to 40%. Despite the high discrepancy, the authors of the report offered an understated warning, saying that the industry needs to “at the very least improve their monitoring.” New York Times

Locust swarms the size of cities—some measuring 60 kilometers across—are ravaging parts of East Africa in what the UN describes as the worst outbreak in quarter a century. The UN Food and Agriculture Organization says a swarm covering just one square kilometer can decimate enough food for 35,000 people. Climate change is an apparent cause for the extreme swarms as rising temperatures increase cyclones, which dump rain in the desert and create breeding ground for the locusts. Reuters

If we want to keep eating chocolate, we have to end deforestation by Dirk Van de Put

A legendary investor offers a green-energy manifesto by Shawn Tully

Energy emissions plateaued in 2019, as advanced economies gave up coal by Katherine Dunn

According to scientists at the University of Hawaii Manoa, 70-90% of all existing coral reefs could disappear due to warming oceans and pollution over the next 20 years. That is staggering and, as with most warnings on the impact of climate change, it’s not the first time we’ve been told. According to the scientists, "By 2100, few to zero suitable coral habitats will remain.”