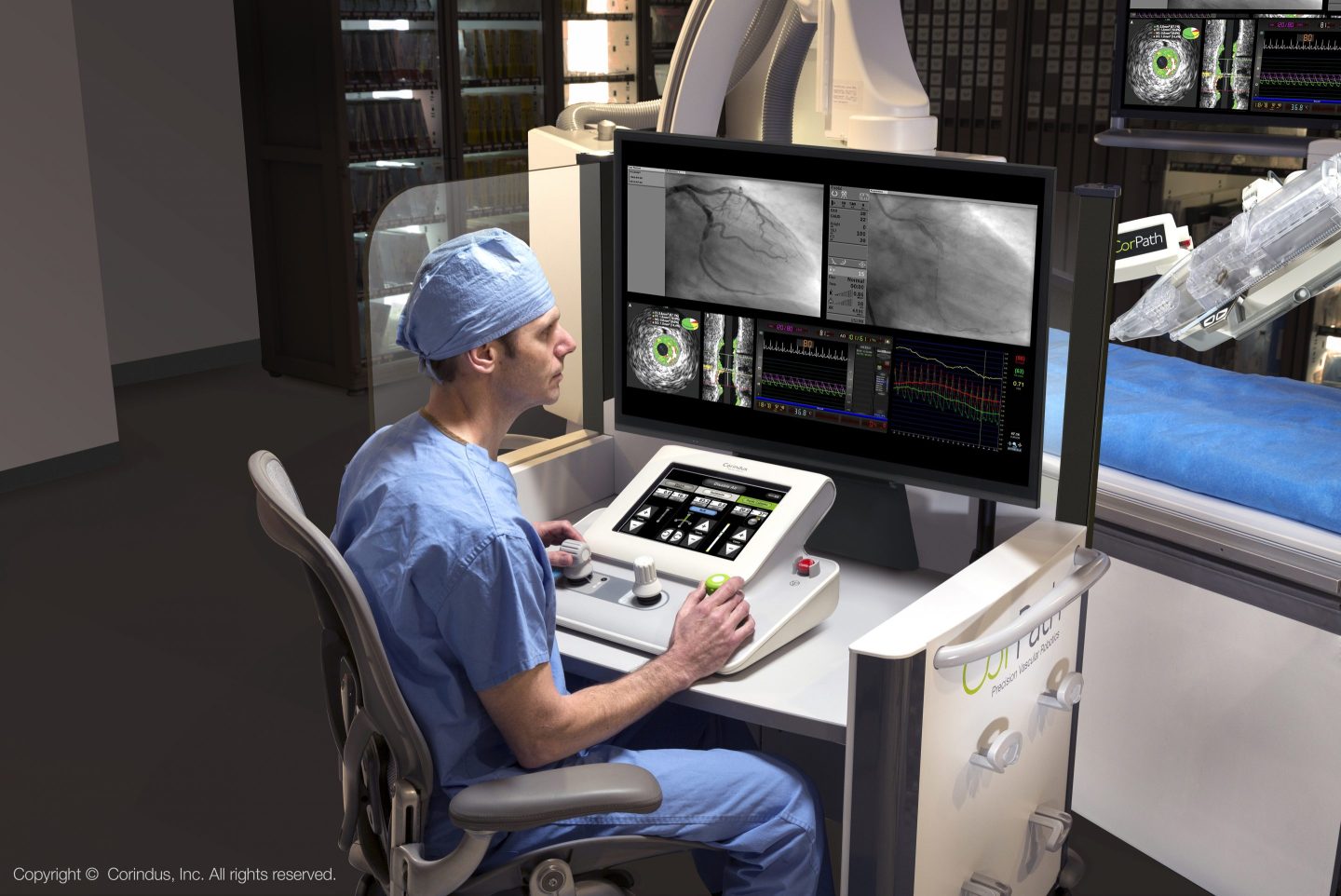 In 2001, surgeons in New York removed the gallbladder of a patient in France utilizing a remote-controlled robotic system. The Lindbergh operation, as it’s widely known, was the world’s first such tele-surgery.

In the nearly 20 years since the Lindbergh operation, medicine has failed to live up to the promise of using tele-robotics to treat patients in rural areas or parts of the globe that lack access to health care. The proliferation of smartphones and wearables has driven tele-health’s emergence as a tool to diagnose conditions, and in some instances, prescribe medications to patients. But the Lindbergh operation proved modern medicine and technology can intersect to treat patients using remote robotics, not just diagnose a patient or dispense a prescription.

Since 2001, physicians have explored remote procedures with greater sophistication. For instance, with the help of other researchers at my organization, in June 2018 I utilized an Internet-connected robotic system to successfully place stents in non-human coronary arteries from over 100 miles away.

In December that same year, world-renowned cardiologist Tejas Patel completed five remote coronary procedures with the same technology and robotic device. Intending to demonstrate the viability of using remote-operated robotics to treat heart conditions in humans, he controlled the robot with joysticks and a video monitor.

Widespread adoption of tele-robotics in health has the potential to drastically curb the damage caused by cardiovascular disease, the most common cause of death in the world. The International Labour Organization reported last year that developing countries desperately need improved access to cardiovascular care to save patients from permanent disability or death. But even in the U.S., patients in rural areas lack efficient access to the best therapies. They often require timely transfers by ambulance or helicopter over long distances to undergo an emergent procedure, which is problematic since delays increase the risk of mortality and morbidity.

Robotic technology has inspired several treatment models that could bring high-level care to underserved patient populations and expedite time to treatment. Those models are likely to manifest in one of two forms over the next 10 years.

The first and most likely version would connect a network of hospitals to one centralized location in a hub-and-spoke model. Physicians at a health system’s flagship location could perform traditional on-location procedures and remote procedures via tele-robotics on patients at spoke locations. Hub-and-spoke models currently exist for the treatment of heart attacks and strokes, but existing models necessitate patients presenting at a spoke location before being transferred to the hub to undergo a procedure. The tele-robotic hub-and-spoke model could dramatically increase the volume of patients one physician could treat, enable patients to stay close to home while undergoing treatment, and reduce morbidity and mortality by providing more rapid access to care for acute conditions.

The second potential model would more aggressively address the lack of treatment options in rural U.S. states and developing countries. It consists of planting a treatment facility with a tele-robotic device and a small staff of operating room technicians in a remote area. This model would allow renowned physicians at the most prestigious hospitals to treat patients all over the world. 5G wireless Internet will play a key role in making this adaptation a reality, because hard-wired connections hardly exist in remote areas.

My recent experience strongly supports the concept of relying on wireless technology to support a heart procedure. I used a 5G connection late last year to complete 36 test remote coronary procedures. In these experiments, I was located close to Boston and used a robotic system connected to a 5G network to manipulate a robotic arm in San Francisco. Despite the robotic signals traveling approximately 3,000 miles, I did not perceive any mechanical latency, or a delay between the moment I made a command and the moment the robot responded.

The complex logistics of remote procedures, combined with concerns about Internet reliability, bandwidth, speed, and security have all prevented widespread implementation of tele-robotic surgeries to date. Multiple risks related to these concerns still need to be addressed, including what might happen if the Internet connection conducting the robotic signals was abruptly lost. If the signal loss occurred in the middle of a surgical procedure, then significant patient harm could result if the on-site surgical team did not have the expertise to complete the procedure.

However, the emergence of ultra-fast, high-bandwidth networks and advancements in robotic technology in recent years have created an opportunity for researchers, engineers, and health systems to develop creative solutions to overcome those barriers. The ultra-fast signal transmission of contemporary networks may eventually negate concerns over delays in signal transmission, even over vast distances. And the ability to develop multiple network connections between any two locations could be leveraged to mitigate the risk of abrupt signal loss.

While improving access to care lies at the heart of the tele-treatment movement, the standard of care might improve around the world as a welcomed byproduct. Introducing widespread tele-treatment models with robotics will give more sick people immediate access to highly effective state-of-the-art treatments.

The Lindbergh operation provided a peek at a future application of tele-health at a time when few even knew what that word meant. With the benefit of nearly two decades of innovation, including advancements in robotics and the speed of network connectivity, the concept of tele-treatment is no longer an idea reserved for comic books and science fiction movies. The technology available today makes it a potential reality. If done correctly, it could democratize high-level care for patients worldwide.

Ryan Madder is the section chief of interventional cardiology at Spectrum Health in Grand Rapids, Mich., and performed the first transcontinental coronary test procedures in the U.S.

—How this gene therapy drug earned its $2.1 million price tag
—Mayors: Why gutting minor league baseball would be disastrous for our cities
—Why insurers should cover mental health care to lower costs
—Betsy DeVos is letting for-profit colleges trap students in debt they can never repay
—WATCH: The double burdens that hold women back