Michael Pollan and ‘How Caffeine Created the Modern World’ 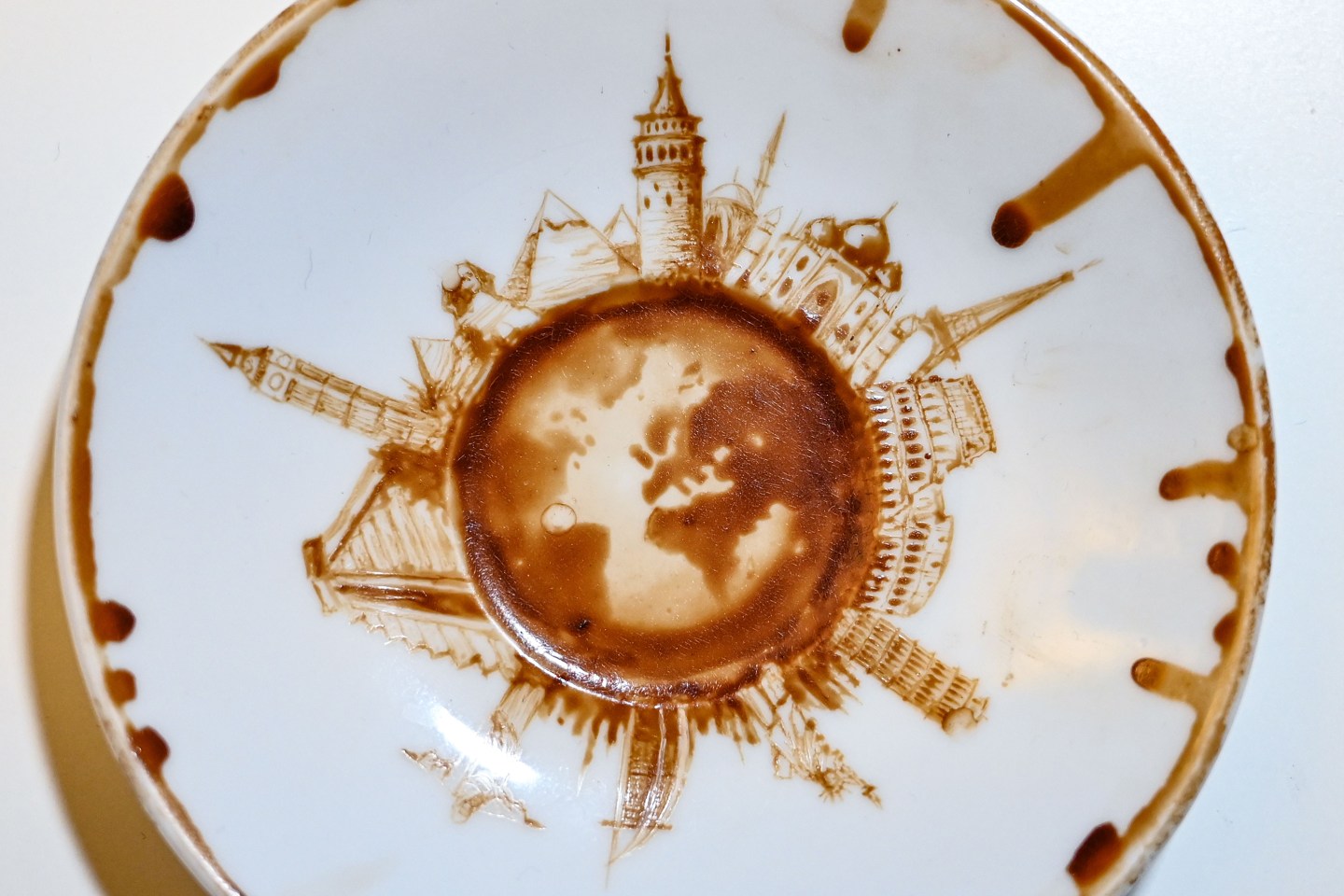 A picture taken on August 23, 2019 shows a painted Turkish coffee cup plate by Turkey's micro artist Hasan Kale in Istanbul. - His canvas could be anything from match sticks, seeds to razors and crown corks. Turkey's micro artist, also known as Turkish Microangelo in reference to Italian Renaissance sculptor and painter Michelangelo, has been hitting his brush onto tiny everyday objects for more than two decades. (Photo by Ozan KOSE / AFP) / RESTRICTED TO EDITORIAL USE - MANDATORY MENTION OF THE ARTIST UPON PUBLICATION - TO ILLUSTRATE THE EVENT AS SPECIFIED IN THE CAPTION (Photo credit should read OZAN KOSE/AFP via Getty Images)
OZAN KOSE—AFP/Getty Images

Anyone who has considered him- or herself a regular coffee drinker and then gone cold turkey off the bean-based drug knows the pain of trying to quit. Withdrawal is vicious. It can last for days—maybe even more than a week, depending on how many cups a day one was consuming previously.

That’s because—yes, while some people might not want to admit it—a prime component of coffee, caffeine, is a drug. And according to Michael Pollan, a prolific scribe who has penned books in the science and nature world from plants to LSD, caffeine is “the most-used drug in the world.”

The journalist and Harvard professor is following up his bestselling works—including The Omnivore’s Dilemma, Cooked, and How to Change Your Mind—with Caffeine: How Caffeine Created the Modern World. But you won’t find it on your Kindle or local bookstore. (At least not yet.) Similar to what chef Marcus Samuelsson did last year, Pollan made his first audiobook-only debut via Audible. And for anyone who wants to extend New Year’s resolutions or Dry January goals into February, or at least stay mindful about them, Caffeine will be available to Audible members free during the month of February.

Caffeine’s hold over the world is actually not that hard to believe, as Pollan reminds us early in his new book that it’s often the first drug introduced to children—by their parents, no less—in the form of caffeinated soda. Pollan cites at least one estimate that more than 150 million adult Americans drink coffee daily, and more than 2 billion cups of coffee are consumed worldwide each day.

But this isn’t an extended science journal essay as Pollan goes deep on the history of caffeine, which traces its origin to a small corner of East Africa. Pollan goes on to charge that caffeine itself has changed the course of human history, influencing politics, economics, and even the course of war. (Some people in media might joke—or seriously argue—that caffeine is what truly keeps news coverage going on a 24/7 basis.)

Pollan recently shared some additional thoughts with Fortune, lightly edited for clarity, below.

Fortune: What inspired you to write about caffeine?

Pollan: I’ve had a longstanding interest in the plant-human relationship and the ways plants have figured out ingenious ways to get us to spread them around the world by gratifying our desires. One of those desires is to change consciousness, and coffee and tea plants do this in a way we find irresistible. As a result, we do a lot for coffee—giving it habitat all around the world, taking exquisite care of it—and coffee in turn does a lot for us. Addicting us to caffeine is just another example of the genius of plants. We don’t give them nearly enough credit.

Why did you decide to launch this in audiobook-form only? Will it be made available in print later?

I was attracted to the freedom of an audiobook. There are hardly any magazines today that will give you the space for a deep dive into a subject like this (20,000 words!) and the freedom to write it the way you would a book, without having to conform to the conventions and limitations of a magazine.

Someday, when I publish a collection of my favorite essays, I hope to include this piece.

What do you like about audiobook as a medium versus print (or ebook)? Do you think it has the potential to reach more readers?

How to Change Your Mind, my last book, sold an unusually large number of copies in audio, convincing me this is where a substantial part of my audience is these days. I’m happy to meet them in this medium, which I’m told is the fastest-growing segment of the book market. As a storyteller, I also enjoy reading my work aloud.

What was the most surprising fact you learned about caffeine?

There were so many!

But probably, the fact that 80% of humanity consumes it daily—children included (in the form of soda). That means to be caffeinated is not an exceptional state, but is now baseline human consciousness.
Also, the fact that coffee and tea are the largest sources of antioxidants in the American diet surprised me—it suggests how few plants we’re eating and probably explains many of the health benefits of coffee and tea, which are impressive.

What was the most devastating fact you learned about caffeine?

That whatever its effect on the quantity of your sleep, caffeine is almost certainly undermining its quality—the amount of so-called deep sleep we have each night, which is important for our mental and physical health. I was surprised to learn that the sleep researchers I interviewed all avoid caffeine.

What do you hope to change with this book? People’s daily habits? Awareness about addiction?

I’m not trying to encourage or discourage caffeine consumption. What I hope to do with this book to get people to take a fresh look at something remarkable that’s hidden in plain sight: their complex relationship to this drug, and how these two plants have changed our lives.

—The most anticipated books of 2020, according to Goodreads
—Why this sustainable Icelandic sea salt is becoming a chef favorite
—The magic of the wedding industry’s most exclusive conference
—Just in time for Dry January: No-alcohol whiskey and gin alternatives
—The best travel destinations for every season of 2020
Follow Fortune on Flipboard to stay up-to-date on the latest news and analysis.