Your 2020 Road Map: The Best Travel Destinations for Every Season of the Coming Year 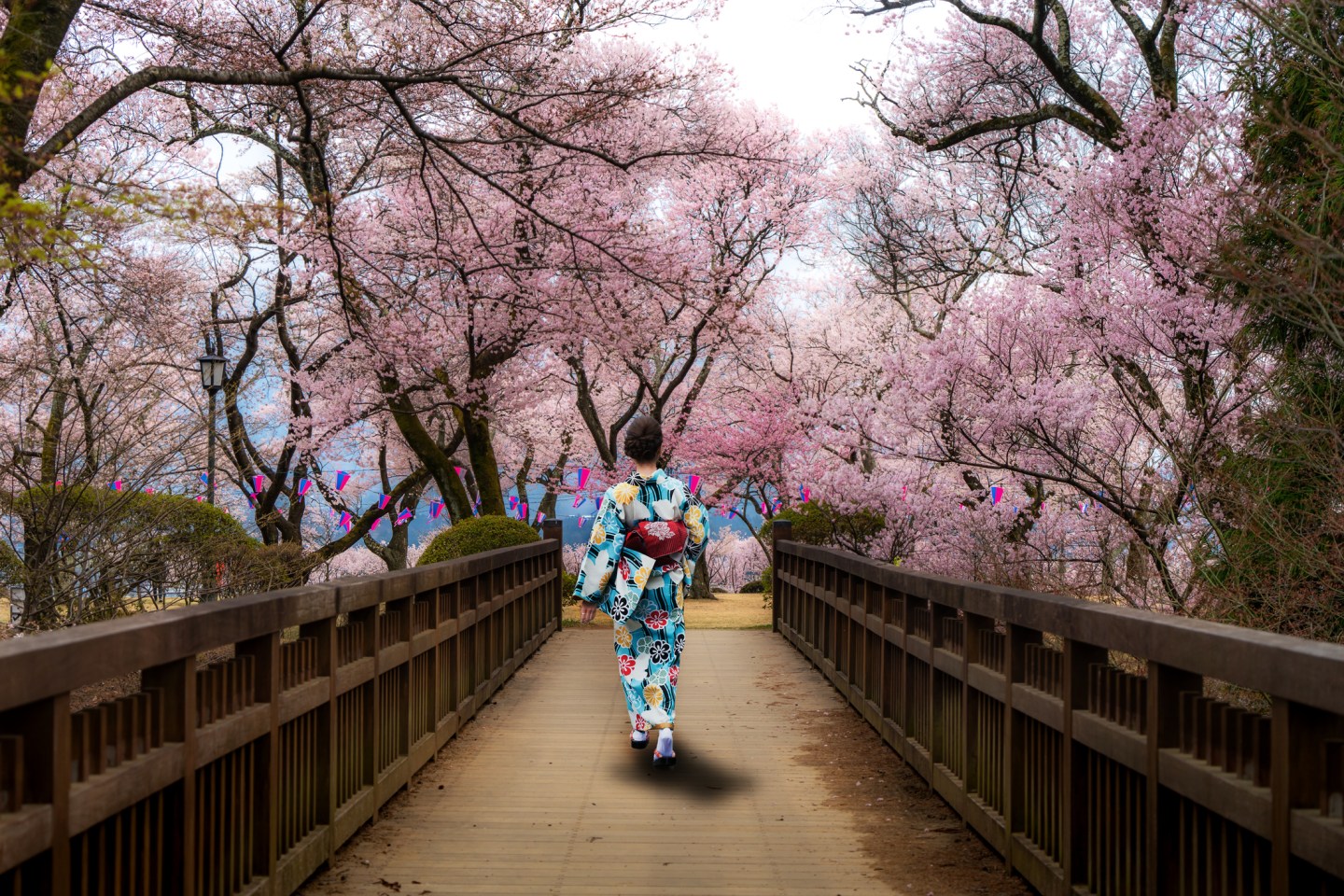 As one year winds down, we’re dreaming of what the next one holds—and which passport stamps it’ll bring our way. In 2020, the horizon is dotted by some forever favorites alongside a few overlooked and underrated locales sure to inspire a worthwhile departure from your comfort zone.

To compile these recommendations for where to travel, when, and why, we’ve taken into account trend reports from luxury travel advisers Virtuoso, the Center for Responsible Travel, and Berkshire Hathaway Travel Protection, among others, as well as the latest news, notable openings, and our own on-the-ground research.

While it’s impossible to make a comprehensive list, consider this your 2020 road map: a helpful guide with a suggested route that will be made sweeter by the many detours you take.

The Caribbean island that time forgot is slowly being remembered, which means the window to experience Dominica in its under-touristed form could be limited. Covered in twisty, narrow roads that connect natural hot springs and cascading waterfalls with world-class diving and friendly towns, the Nature Isle (as it’s known locally) opened doors on its first-ever brand-name resort, Cabrits Resort & Spa Kempinski, in October, bringing with it vital employment opportunities in the aftermath of Hurricane Maria. For a Dominican-owned boutique option on the island’s southern tip, where underwater sea cliffs make for otherworldly snorkeling, the recently rebuilt eco-luxe, villa-only Jungle Bay sets the standard for holistic tranquility, complete with yoga pavilion and house-foraged bush teas.

There’s a certain unmatched beauty found in Muslim countries such as Morocco, where the call to prayer echoes serenely across suddenly still medinas. The addition of the Al-Boraq high-speed rail to the North African country and direct flights between Casablanca and Miami (via Royal Air Maroc) and Philadelphia (via American Airlines, beginning June 2020) brings Morocco’s crown jewels closer, from Berber villages and desert camps to the blue city of Chefchaouen and the old medinas in Fez and Marrakech. Plus, those with a Class M license seeking extra thrills on Morocco’s famously twisty roads will have an easier time doing so in the new year, with the motorcycle mavens of EagleRider opening their first African outpost in Marrakech and debuting two adventurous riding itineraries in February.

Straddled by the Pacific and the Caribbean Sea, this Central American country is known for its lush rain forests and scenic coastlines, which draw visitors seeking wellness retreats and outdoor adventure alike year-round. The highly anticipated safari-style luxury tented camp at Nayara Springs, where pools fill with natural geothermal waters from the nearby active Arenal Volcano, opens this month on a hillside that doubles as a sloth sanctuary, while a new biking trail around the volcano and chocolate route in Talamanca that reveals the country’s cacao culture debut next year. With newly launched daily direct flights from New York’s JFK and a summer route from Washington, D.C., pura vida is more accessible than ever.

The 2020 Olympics have the Land of the Rising Sun buzzing as a top destination next year, but there’s plenty besides the games to bring you here. In March, fragrant and delicate sakura, or cherry blossoms, spread across the country in a traveling bloom, which is exactly what you should do, sampling world-class whisky along the way. If you’re not one for logistics, consider REI Adventures, which made a telling return to Japan last year after more than two decades with an epic trek from temple to temple on a 1,000-year-old pilgrimage route historically favored by Buddhist monks and retired emperors.

Next year marks the 250th anniversary of Captain Cook’s voyage to Australia, sparking maritime celebrations and the returning of aboriginal artifacts from overseas. Honor those whose histories were irrevocably changed by taking up an aboriginal cultural education in Western Australia’s Pilbara with Ngurrangga Tours or by making the pilgrimage to Uluru, a sacred monolith deep in the Northern Territory. Look to the exclusive Luxury Lodges of Australia collection for unique stays in the country’s far-flung corners, or check in at one of the QT and Crystalbrook hotel groups’ multiple quirky boutique accommodations planned across the country. Get there faster come April, when Qantas debuts a new direct flight from Chicago to Brisbane, the fourth longest passenger flight in the world.

Centuries of art, culture, and incomparable gastronomy have long contributed to Italy’s appeal, which means there’s always something novel to unpack whether it’s a first visit or a fourth—perhaps explaining why this European country consistently ranks as a top destination for solo travelers, honeymooners, and families alike. Take a cooking class in the Tuscan countryside with Insight Gold Luxury Vacations, the ultimate provider of high-end, comprehensive introductions to the country. For a lighter touch that goes off the beaten path, the travel pros of S-Cape Travel take the mystery out of the Via Francigena—Italy’s answer to Spain’s Camino de Santiago—connecting adventurous travelers to the medieval cities that the Renaissance forgot on self-guided tours.

From the under-touristed wilderness of Canada’s expansive westernmost province to its well-known ski towns, green is simply BC’s thing. A new luxury small-ship expedition from Maple Leaf Adventures puts you in the midst of the Great Bear Rainforest (featured in the 2019 eponymous IMAX film narrated by Ryan Reynolds), where spirit bears catch salmon from late summer into early fall. Closer to civilization, the new Ascent hiking trail on Whistler/Blackcomb gets warm-weather visitors on the famed mountain, while city-slick Vancouver aims to be the greenest city in the world by 2020. Perhaps that’s why you’ll find the country’s changemakers gathering in nearby Victoria for the annual IMPACT sustainability travel and tourism conference, where a new ultra-high-tech superyacht marina that uses innovation to preserve its environment was unveiled earlier this year.

One of the most underrated states in America harbors unrivaled road-tripping and extraordinary natural wonders alongside the world’s largest motorcycle rally, which turns a town of 6,000 into a rip-roaring crowd of half a million annually. The Sturgis Motorcycle Rally, which celebrates its 80th anniversary next year, kicks off what it deems “the best party anywhere” in August, when bikers and enthusiasts from around the globe ride across the state to iconic sites like Badlands National Park, Mount Rushmore, and Deadwood, while the Buffalo Chip arena hosts music legends like Willie Nelson, American Flat Track races, and an exhibit curated by famed photographer Michael Lichter that makes artistic masterpieces out of motorcycles.

Whether you travel for food, art and culture, or design, Guadalajara will satiate your senses. The capital of Jalisco, a state in south-central Mexico that’s one of the few regions where tequila can be produced, Guadalajara has played an essential role in the development of the country’s cultural fabric. Everything from mariachi to charrería (the national sport, a Unesco-recognized equestrian herding tradition) and tequila has roots in the area, and it’s all celebrated in grand festivals throughout the year, with 2020 marking the 100th anniversary of the National Charro Association. Do as the locals do and sample cazuela (a boozy punch), torta ahogada (a sandwich smothered in sauce and a go-to hangover cure), and birria (goat stew) while there.

Bula, bula! The islands of Fiji, a tropical getaway long favored by Kiwis and Australians, are warm in more ways than one, and with a ramped-up departure schedule on Fiji Airways from LAX come January (plus the introduction of a sparkling new Airbus A350), getting there from the States will be breezier (and comfier) than ever. But the balmy weather hardly compares with the Fijians themselves, who are known for sincere warmth and hospitality. Experience it firsthand with Turtle Island, a conservation-focused private island—the first in the Yasawas—that has been working closely with locals from the neighboring villages since opening 40 years ago, an anniversary the resort will celebrate next year.