6 new books you should read in February 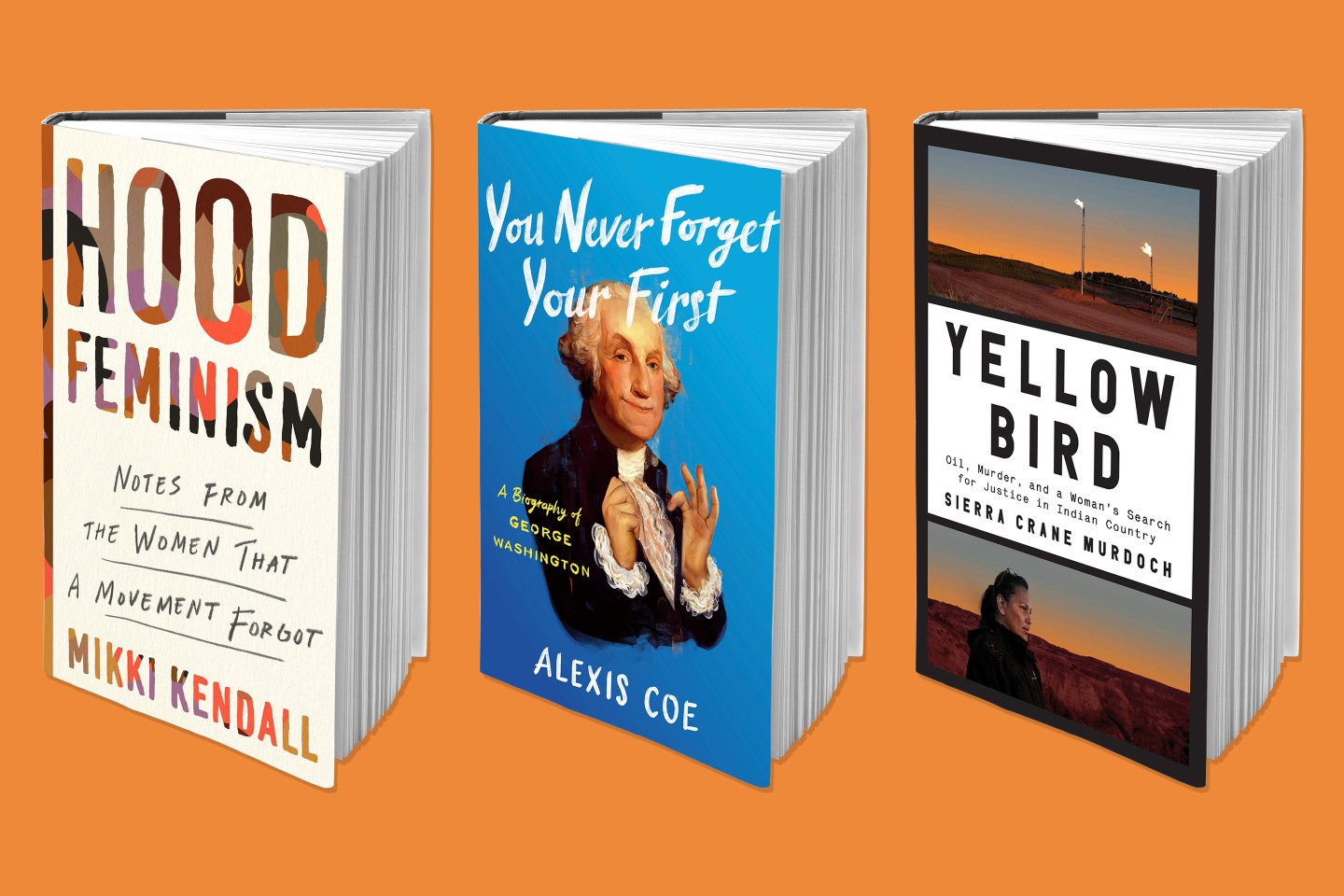 Though it’s the shortest month of the year, there’s still a lot to celebrate in February. And with an extra day in 2020 (reminder that it’s a leap year), you have an extra day to fit more reading in.

Olympic Pride, American Prejudice: The Untold Story of 18 African Americans Who Defied Jim Crow and Adolf Hitler to Compete in the 1936 Berlin Olympics, by Deborah Riley Draper and Travis Thrasher

You might be familiar with Jesse Owens, the American track-and-field star and four-time Olympic gold medalist at the 1936 Summer Olympics—also referred to as the Nazi Olympics as they were hosted in Berlin under Adolf Hitler’s fascist dictatorship. Coming out at the start of Black History Month, this new book sheds light on a much greater but largely unknown history of 16 black men and two black women who were torn between boycotting the Olympic Games in Nazi Germany or participating. The choice: represent a country where they were living under Jim Crow and treated as second-class citizens or travel to a country controlled by a regime perpetuating Aryan superiority. But to go also meant they could defy and prove wrong their racist critics at home and abroad.

You Never Forget Your First: A Biography of George Washington, by Alexis Coe

February has one official holiday (two if you count Groundhog Day), and that would be Presidents’ Day, celebrated this month in honor of the nation’s first President as well as Abraham Lincoln. George Washington was born on Feb. 22, 1732, and while countless books have been written about him in the past 200-plus years, it’s a safe bet that none are quite like Alexis Coe’s irreverent biography. Make no mistake—this is well researched, but it is written with wit and charm. (It also doesn’t turn a blind eye to Washington’s ownership of slaves, holding him accountable in a way few historians do.)

Sisters in Arms: Female Warriors From Antiquity to the New Millennium, by Julie Wheelwright

Using the 2018 announcement that British women can now serve in combat roles, BBC and History Channel contributor Julie Wheelwright reminds readers that women have actually been serving on the front lines of war for as long as history has been recorded. From the Scythian women who served as inspiration for the mythical Amazonians to the reemergence of women as members of the armed forces in various countries during the 20th and 21st centuries, Sisters in Arms explores the formalization of women’s roles in different lines of service while questioning the perceived relationship between masculinity and combat.

Hood Feminism: Notes From the Women That a Movement Forgot, by Mikki Kendall

The definition of feminism is the advocacy of equal rights on the basis of sex. It has been weaponized as a political term, but to be feminist—whether you identify as male or female or nonbinary—boils down to believing and fighting for equal rights on the basis of being human. And yet too often in the fight for women’s rights, women of color are particularly marginalized. (See: white feminism.) In a new collection of essays drawing on politics and pop culture, Mikki Kendall homes in on this blind spot and takes aim at the modern feminist movement, arguing that it has chronically failed to address the needs of the majority of women while allowing a privileged few to suppress the rest.

With the explosion of podcasts and streaming documentaries introducing new storytelling formats for the genre, true crime is a deep well of content for publishing houses. But journalist Sierra Crane Murdoch, who has written for The Atlantic and The New Yorker, tells a story unlike almost any other in her new book, diving deep into the gripping true story of a murder on an Indian reservation amid an oil boom in the years after the Great Recession, and the unforgettable Arikara woman who becomes obsessed with solving it.

The Dalai Lama: An Extraordinary Life, by Alexander Norman

This is the first authoritative biography of the Dalai Lama, written by Oxford-trained Tibetan scholar Alexander Norman. And Norman had one source that other biographies about His Holiness have lacked: the Dalai Lama himself. While Norman has known and interviewed the spiritual leader frequently over the past 30 years, this is not a love letter; readers might be shocked by some of the events revealed in the biography, from political maneuvering to the Dalai Lama’s relationship with the CIA. Norman explains that, while the Dalai Lama has never been comfortable with his political position, he has been a strategic player while rising to become the spiritual and political leader of one of the world’s most profound and complex cultural traditions.

—The most anticipated books of 2020, according to Goodreads
—What goes into the production of a new Girl Scout cookie brand
—The magic of the wedding industry’s most exclusive conference
—Just in time for Dry January: No-alcohol whiskey and gin alternatives
—The best travel destinations for every season of 2020