An Imperfect expansion into ‘sustainable’ seafood 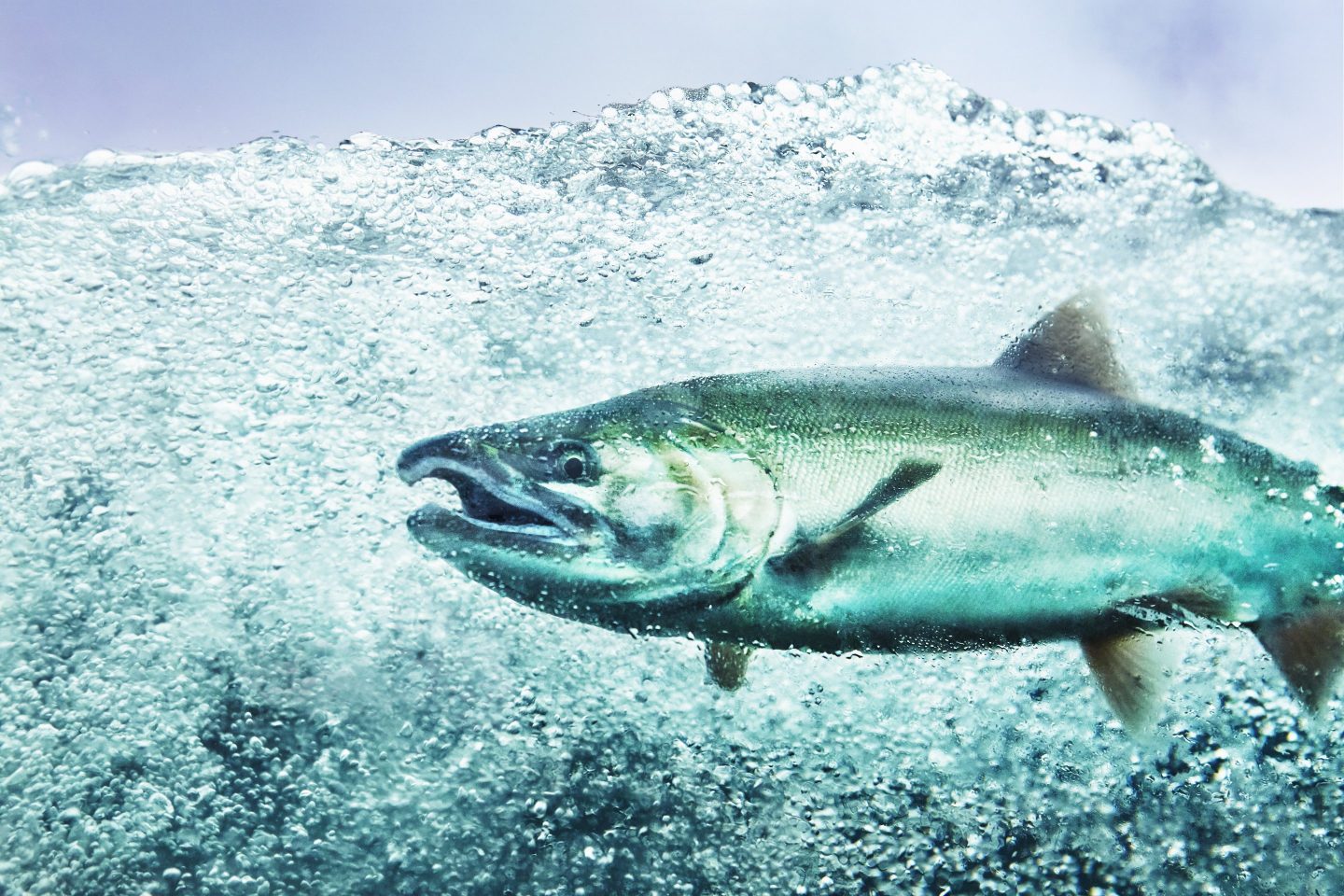 Beginning in 2015, Imperfect Foods blazed a trail to the forefront of the “ugly food” movement with striking graphics of misshapen vegetables that turned cosmetic defects into heart-tugging symbols of the fight against food waste. The company bought produce seconds in bulk and delivered the not-supermarket-pretty fruits and vegetables directly to consumers at discounted prices.

Over time—and in pursuit of its mission to reduce food waste and better the entire food system—Imperfect expanded to additional grocery categories, including dairy, meat, and seafood. But Imperfect’s use of the word sustainable for the off-size cuts and scraps of farmed salmon from European company Hofseth doesn’t sit well with many industry and sustainability experts, and leaves some wondering where Imperfect’s priorities really lie.

Sustainability in the seafood industry is more a spectrum than a widely accepted standard, but Hofseth and Imperfect both call the salmon sustainable. Commercial fisherman and sustainable seafood consultant Amy Grondin disagrees: while many of the company’s practices are a great improvement, open-water net pens can’t control for the waste from farming salmon and simply can’t guarantee protection for wild salmon against potential net pen breaks, especially with the uncertainty of changing weather patterns. “Until they put those farmed salmon in closed-containment systems (on land or barges),” says Grondin, “I don’t think that product is sustainable.” (Hofseth does have land-based farms in the works, and Imperfect hopes to use them in the future.)

Imperfect Foods believes that the Hofseth facilities are environmentally sound, and “[s]almon is a really popular fish for customers,” says Seth Rosenberg, who heads up seafood sourcing for the company. A pre-established supply line and the large volume available made it easy to weave into their offerings.

Jill Lightner, author of Scraps, Peels, and Stems: Recipes and Tips for Rethinking Food Waste at Home, balked at the idea. Lightner lives in Seattle, where native fish were recently affected so adversely by issues with salmon farms that the practice was banned last year. On top of that, she says, “I really, really struggle with the idea that raising fish in Norway to ship to a U.S. distributor… is a sensible way to reduce the massive environmental impact of seafood waste.”

Alternative supply lines already exist for seafood—these scraps might otherwise go into salmon burgers, supplements, or pet food—but as Rosenberg notes, selling to Imperfect provides a more lucrative option for Hofseth. And while seafood is one of the main sources of food waste in the U.S., USDA studies show that while consumers waste about two times as much fresh fruit as retailers, they waste almost four times as much fish and seafood than the retail level.

To Lightner, who does see companies like Imperfect as user-friendly (though flawed) ways to avoid produce waste, there are simply better ways consumers can reduce seafood waste. She says people can start by eating canned varieties instead of fresh but farmed fish. “It’s the least pressure, and a good tuna melt is a great gateway to the joys of fish,” she says. For more advanced cooks, Lightner suggests making homemade seafood stock and learning to cook delicious “scraps” like fish collars. “The former will save you money and get a second use from things like shrimp shells, and the latter will help fishmongers sell their odds and ends in a way that is much like the undersized salmon fillet idea, but rooted in your community stores.”

Like Lightner, Grondin is a huge proponent of eating fish scraps, but the best way she sees to reduce waste is by companies simply taking fewer fish out of the water. “How many fish do they really need to raise to run their business and pay their people?,” she asks. “Are they really using all of it? What percentage of what they grow becomes waste?”

Rosenberg admits the flaws in Imperfect’s current system and hopes they can eventually source their fish domestically. Plans for the future include using bycatch (unwanted seafood caught while fishing for a different species), undervalued species like sole, and buying up inventory excess. “It’s challenging,” Rosenberg says, of sticking to the company’s mission when sourcing seafood. Despite Imperfect’s insistence that the salmon farm meets company standards, his points about tapping into an existing supply chain with an appealing product make it feel overwhelmingly like a business decision that sidesteps the stated mission. Rosenberg recognizes the room for improvement, though, and says that going forward he plans to target more wild, domestic seafood. Where the salmon partnership falls on the balance between mission and profit, he says, is more “about setting a minimum and then aiming really high.”

—Retailers reuse and recycle the way to increased growth
—Why Gap Inc. torpedoed its Old Navy spinoff
—How Ganni used tech-world tricks to grow from cult fashion label to global brand
—Consumers are turning away from real fur, but faux fur isn’t a perfect fix
—The World’s Most Admired Companies in 2020
Follow Fortune on Flipboard to stay up-to-date on the latest news and analysis.