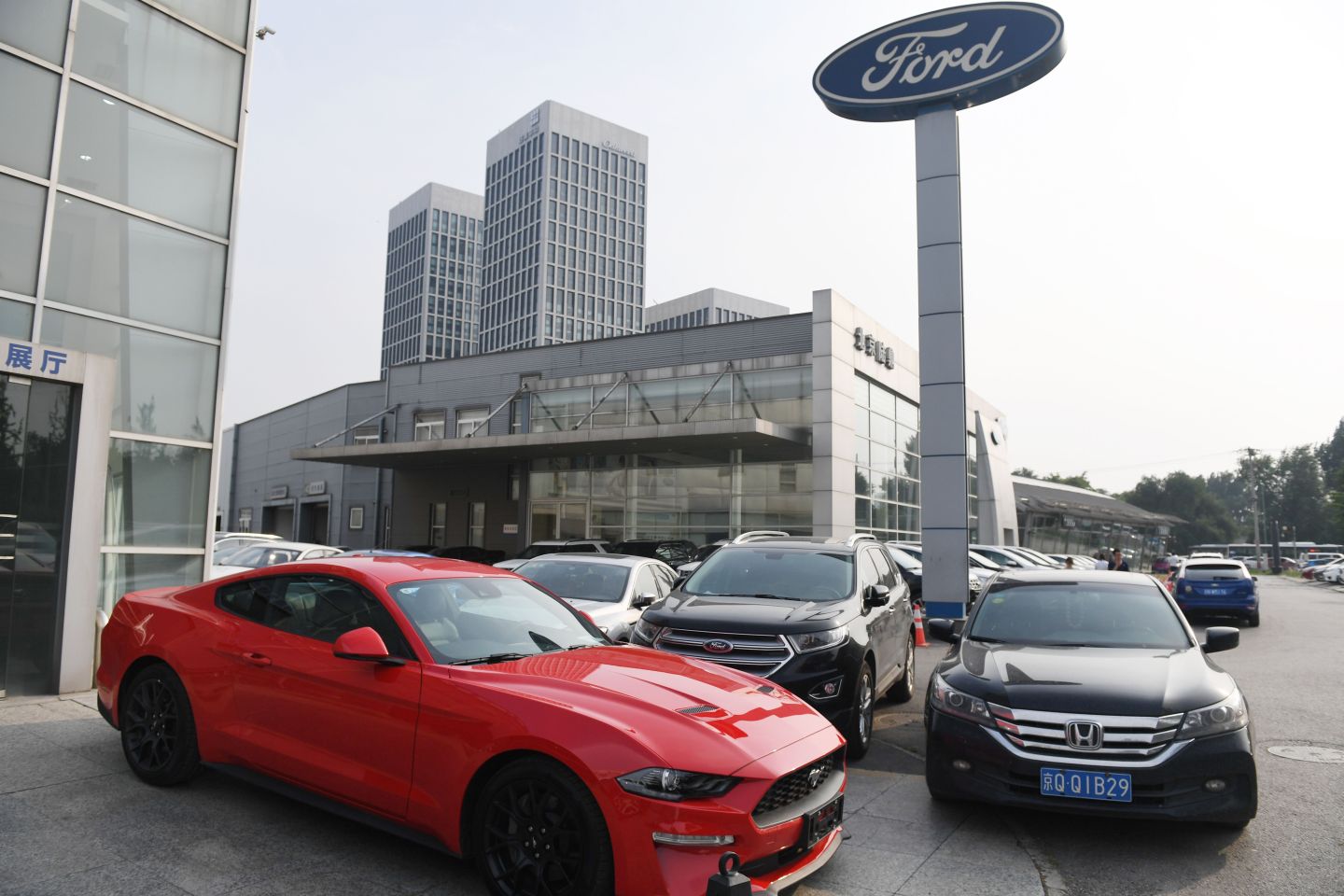 A Ford Mustang is seen at a dealership in Beijing on July 6, 2018. - China said on July 6 it was "forced to take necessary countermeasures," after Washington launched what Beijing called "the largest trade war in economic history," imposing tariffs on billions of dollars in Chinese imports. (Photo by GREG BAKER / AFP) (Photo credit should read GREG BAKER/AFP via Getty Images)
GREG BAKER—AFP via Getty Images

Car sales in China have skyrocketed over the last few decades. Since 2009, China has been the biggest auto market in the world.

But growth has dwindled over the last two years, with overall car sales dropping 8% last year amid a general economic slowdown and cutbacks on government subsidies for electric vehicles.

China’s auto market contraction has not hurt all foreign brands equally, however.

European luxury carmakers have continued to thrive while American entry level mainstays have borne the brunt of the pain, suggesting a new stage in the Chinese market’s development—and the need for U.S. brands to change strategy to keep pace with the times.

General Motors’ China sales dropped 15% in 2019, the company’s biggest sales decrease yet in its biggest market in the world, and Ford’s sales slid 26% in 2019 compared to the previous year.

Ford peaked in 2016 when it sold 1.3 million vehicles in China. That peak was followed by three years of dropping sales numbers, ending with 570,000 vehicles—less than half the 2016 sales figure—sold in 2019, out of a total 25.8 million vehicles sold in China that year.

BMW, Mercedes-Benz, and Audi, on the other hand, all reported record sales figures for China in 2019. BMW sales in China rose 13.1% compared to the year before, while Mercedes’ sales rose 6.2% and Audi’s rose 4.1%.

Ivan Su, an equity analyst at Morningstar who researches China’s auto market, points to the 2018 phaseout of government tax incentives on automakers that had been keeping car prices 5-10% lower.

The phaseout, Su says, disproportionately affected mid- and lower-range carmakers, whose customers were more likely to be discouraged by a higher sticker price than buyers of luxury brands like Audi, Mercedes, and Tesla, one U.S. brand that has not suffered the same drop in sales as GM and Ford in China.

However, Su says a bigger reason for Ford and GM’s sales slump is an issue of strategy.

“I think really the core issue with Ford and GM is they’ve not really paid attention to what Chinese consumers want,” Su says. “They appreciate innovation, they want something new, some features they’ve not seen before, and this is something that I think [Ford and GM] are not very good at.”

Su points to a lack of brand localization in China, and contrasts the American automakers’ performance there to Japanese brands, many of which introduce China-exclusive car models. Toyota Motor and Honda Motor both reported 9% sales increases for China in 2019.

“Brands, in general, are important in China, especially when people pay a higher price than what they usually do, then brands will have a higher impact,” says Yuwan Hu, chief operating officer at market research firm Daxue Consulting.

The head of Ford’s China business told the Wall Street Journal that Ford plans to focus on “more customer-centric products and customer experiences” to bring sales numbers back up.

Though China’s auto market saw its second straight year of decline in 2019, the rate of decline is slowing down.

“I think we are on track for recovery in 2020,” Su says. “Given that China’s auto market has fallen for two straight years, it’s very easy for us to have a positive growth year in 2020, just because the base is so low.”

Su also sees room for growth. The auto ownership per capita ratio in China is 0.18; the U.S.’s, by comparison, is around 0.9; Argentina’s is 0.3. “China is a very under-penetrated market for autos.”