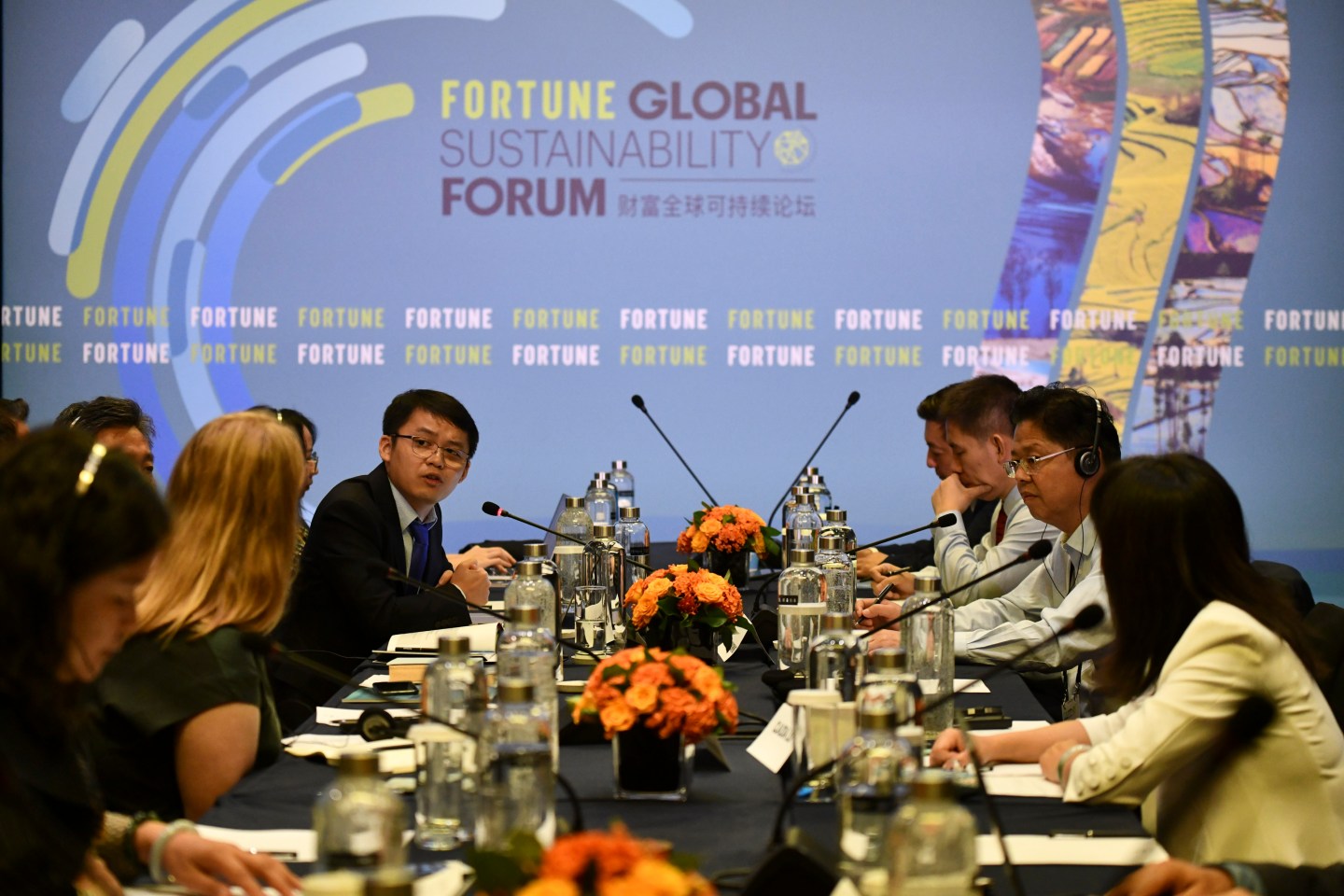 With over one million electric-motor passenger cars on the streets and sales rocketing 79% last year, China is the world’s leading market for so-called new energy vehicles (NEVs).

However, the surge in electric vehicles (EVs) was propelled by government subsidies on manufacturing costs, which allowed EVs to be sold at below-market rates. During a roundtable on the future of mobility held during Fortune’s inaugural Global Sustainability Forum this week, those government subsidies came under fire.

“The consequence of the subsidy-fueled growth is that it also triggered excess production capacity, because everyone wants to benefit from government support,” said Claudia Liu, the regional compliance officer for Daimler Greater China, adding that some unnamed companies have even abused the subsidy schemes, by reallocating funds earmarked for EV production.

Nio, one of China’s myriad EV start-ups, seems like a case-in-point for the “excess” in China’s EV market. The four-year-old company went public last year on the Nasdaq, raising $1 billion and earning a $6.4 billion valuation despite only selling a handful of cars. Since then, Nio’s share price has fallen over 50% and the company’s losses have forced it to form a joint venture with a more established state-owned manufacturer.

However, there’s already been a rollback of the blanket subsidy support for Chinese EV makers. Beijing has introduced new performance-based subsidies for EVs, such as rewarding battery manufacturers that achieve certain thresholds in capacity, allowing EVs to travel further.

Andy Zheng, founder of Big Data firm Aspiring Citizens Cleantech and another panelist joining the roundtable, thinks using distance as a metric for rewarding EVs is misguided. “There’s a great anxiety about batteries and range but without data, we’re all just guessing,” Zheng says.

To illustrate his point, Zheng used the example of city taxis in Shenzhen, which were all converted to EVs in 2017. Zheng invited other panelists to guess what percentage of those 22,000 electric taxis regularly regularly travelled more than 50 kilometers in any single trip. Guesses ranged from 2% to 5% but, according to Zheng, the actual answer is 0.3%.

“So how do we define excessive production?” Zheng asked, returning to the issue originally raised by Daimler’s Liu. “Maybe excess is manufacturing that isn’t innovative. We need subsidies that support innovation.”