‘We Would Not Be Sellers’: Most Wall Street Analysts Advise Against Bailing on Stocks Despite Iran Tensions 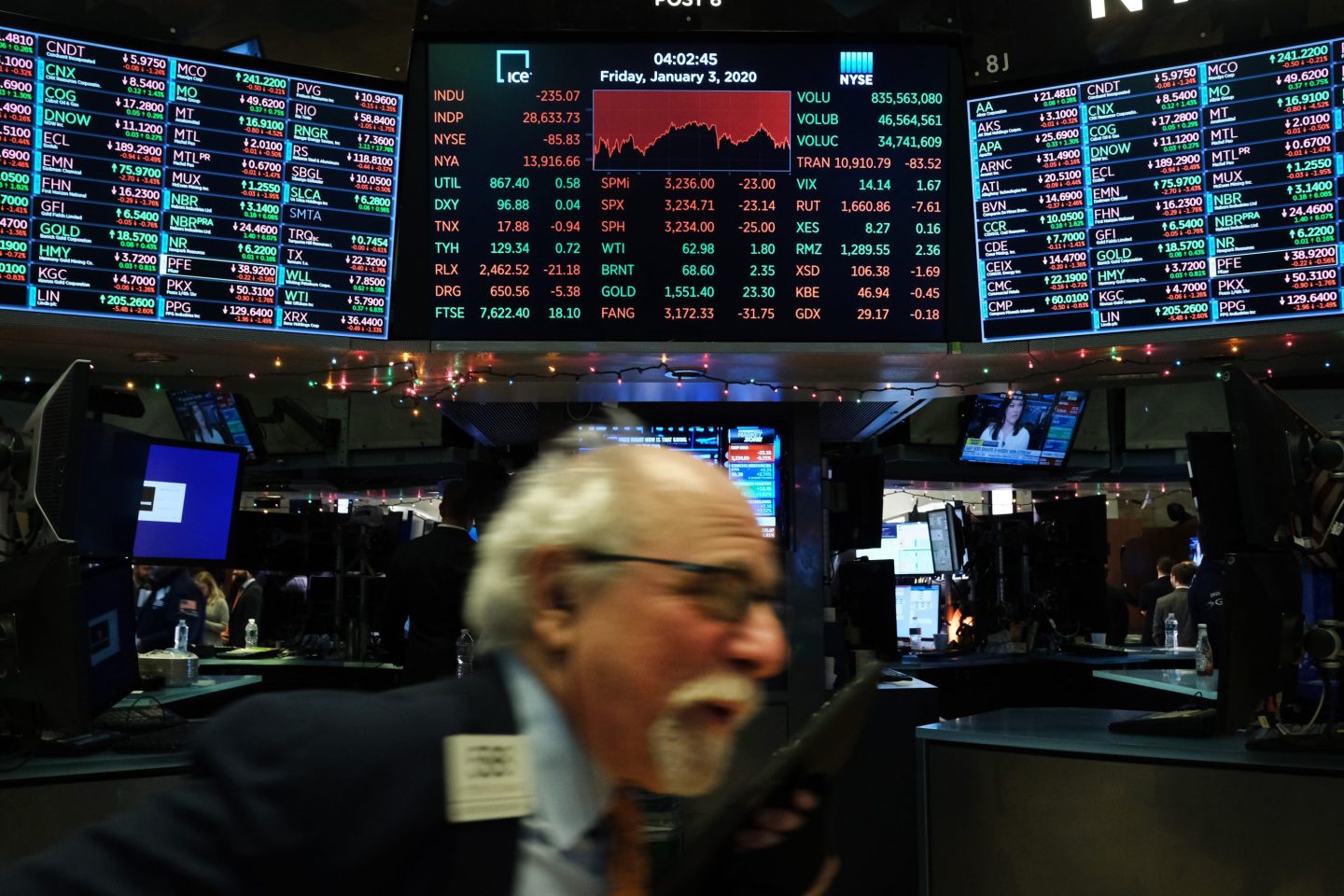 If there’s one thing the markets hate, the old adage goes, it’s uncertainty—and investors globally are now facing a fair share in the wake of Friday’s news that a U.S. airstrike in Baghdad had killed Iran’s top general, Qassem Soleimani.

Soleimani’s death has escalated tensions in the Middle East and raised fears of a potential conflict between the U.S. and Iran. While the markets around the world responded in kind last week—all three U.S. indices were jolted into losses on Friday—things have since calmed somewhat, with the S&P 500, Dow Jones Industrial Average and Nasdaq Composite all registering slight gains by the close of trading Monday.

Yet crude oil prices briefly surpassed $70 a barrel, indicating anxieties about oil production in the Middle East. Meanwhile, gold prices have rallied to a seven-year high and Treasury yields have slipped since the start of the year—signaling that investors continue to be cautious in the wake of a geopolitical event that could have far-reaching ramifications. (It is also proving an early test for Saudi Aramco, which has seen its shares slide to their lowest levels since debuting on the domestic Tadawul exchange last month.)

Still, some analysts are already taking a longer view in dispelling concerns that rising tensions between the U.S. and Iran could stifle what have been robust conditions for markets around the globe.

“Geopolitical events by their nature are unpredictable, but previous periods of increased tensions suggest that the impact on wider markets tends to be short-lived,” Mark Haefele, CIO at UBS Global Wealth Management, said in a note Monday.

UBS noted that commodities investors should not expect “a sustained oil price rally” given adequate spare capacity and expectations of “an oversupplied oil market in 2020,” adding that it’s unlikely crude prices sustain levels above $70 a barrel. But the investment bank also described gold as “a good hedge against political uncertainty,” forecasting that a weaker dollar could also support higher gold prices this year.

John Lynch, chief investment strategist at LPL Financial, echoed a similar sentiment as far as equities are concerned—noting that “history shows that stocks have largely shrugged off past geopolitical conflicts.”

He cited LPL research that found that the Dow Jones Industrial Average fell an average of only 2% during 16 “major geopolitical events” dating back to 1990, including the Gulf War, the September 11 attacks and the U.S. invasion of Iraq. Meanwhile, in the wake of each event, the Dow averaged gains of 5% and 7.9% over the subsequent three and six months, respectively.

“As serious as this escalation is, previous experiences have indicated it may be unlikely to have a material impact on U.S. economic fundamentals or corporate profits,” Lynch said. “We would not be sellers of stocks into weakness related to this event, given stocks have weathered heightened geopolitical tensions in the past.”

So while headline risks abound, some analysts believe it will take more than the current geopolitical uncertainty to knock the world’s markets off-course.

—That great 2019 S&P rally? It has big warning signs for 2020
—The relationship between geopolitical crises and market outcomes isn’t simple
—Why you actually may want to buy “bears” in a bull market
—5 CEO exits that sum up the memorable business year that was 2019
—What a $1,000 investment in 10 top stocks a decade ago would be worth today
Don’t miss the Term Sheet, Fortune’s newsletter on deals and dealmakers.